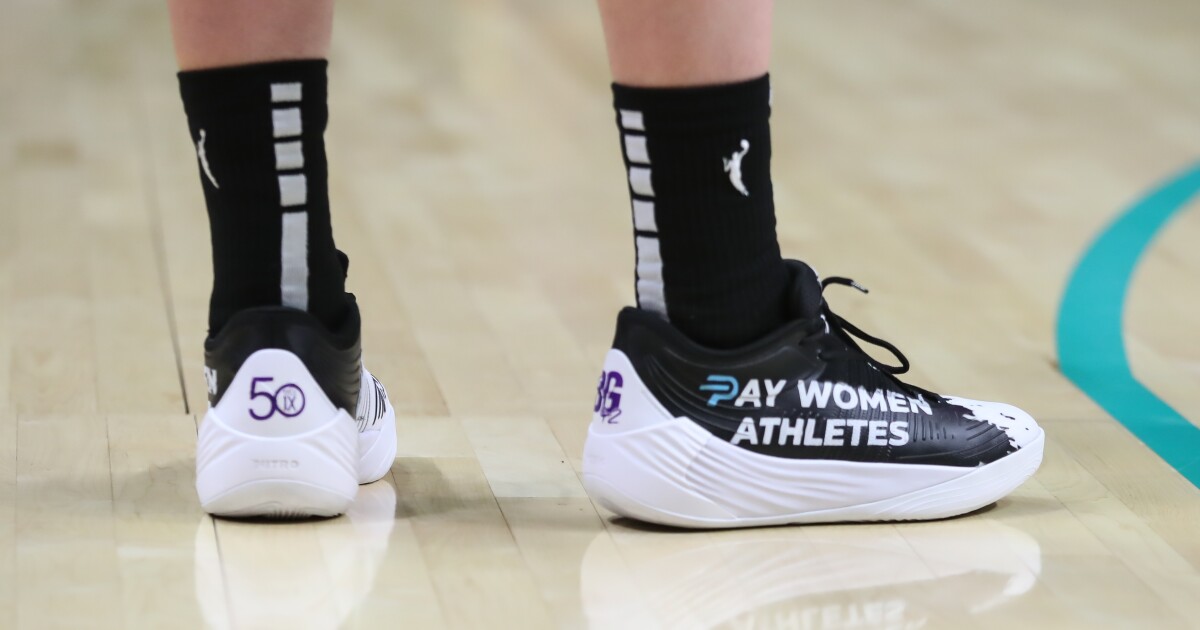 Parity for female athletes: In this case it’s a liaison for sponsorship dollars

One online sponsorship platform aims to close the pay gap in sports with one sponsored Instagram post at a time.

Parity, founded in 2020, pairs female athletes with brands and puts money in the pockets of athletes who are often overlooked in marketing conversations. The company signed a partnership with the WNBA players association in 2021 and boasts almost 800 athletes from more than 70 sports, the women playing in major pro leagues to minor Olympic events, working with more than 30 companies.

Parity isn’t an agency or marketing firm. Rather it’s a liaison helping female athletes capitalize on the growing influencer economy.

“Our goal we set for ourselves as a company is to put billions of dollars into the hands of women athletes over time,” said Alana Casner, Parity’s vice president of content and strategy.

The long-term goal could help close a cavernous pay gap between men’s and women’s sports. Today’s NBA minimum salary equals the entire $1.4 million salary cap for a WNBA team, but even in 1973, the NBA’s 26th season, the league was outpacing the WNBA at the same age. NBA players made an average salary of $90,000 in 1973, according to the New York Times. The equivalent of $637,000 today is still five times more than the 2022 WNBA average of $120,648.

With the WNBPA partnership, players can opt into Parity’s service. Athletes fill out a detailed survey, which is used to match them with appropriate brands that pay for sponsored social media posts. Parity has also launched a series of NFTs for athletes and hosts professional career development opportunities.

Athletes get at least one cent per follower, per campaign through Parity’s paid posts. For a player like Sparks forward Katie Lou Samuelson, who has 131,000 followers on Instagram and a $72,141 unprotected salary, every dollar of a $1,310 minimum from a Parity partnership matters.

“It gives good opportunities, especially for athletes that don’t necessarily have as many followers,” said Samuelson, who wore a customized pair of shoes on the 50th anniversary of Title IX designed in partnership with Parity and artist Katie Shaffstall, who is also the social media campaign manager at the company. “They want to find that equality for everyone.”

While Parity is open for all professional female athletes, it’s not meant for the top 5% of earners, Casner acknowledged. The top athletes who have already built robust endorsement portfolios may might not need the third-party assistance.

It’s for “the everybody else,” Casner said.

It’s especially helpful for many WNBA players as their salaries have yet to skyrocket and most marketing dollars go toward the league’s biggest stars such as former No. 1 pick Sabrina Ionescu and 2020 most valuable player A’ja Wilson. Role-playing veterans gained the least during negotiations for the 2020 collective bargaining agreement, which increased the salary cap by 31%, but bumped top players’ pay by 83% and the rookie salary by 35.8%.

It’s those middle-tier players the union kept in mind with the Parity partnership.

During the 18 months since Parity went to market, the growing numbers of brands looking to partner with women has been incredible, Casner said. It was never “cool” to be a fan of women’s sports, she added, until recently, when WNBA players led the way in 2020 both on the court with rising television ratings and off the court by becoming leaders for social justice.

While many companies are only starting to take note, the recent success has solidified what Casner and other longtime fans have already known.

“This stuff is great,” Casner said. “This is where money should be spent.”

Denial of responsibility! NewsUpdate is an automatic aggregator around the global media. All the content are available free on Internet. We have just arranged it in one platform for educational purpose only. In each content, the hyperlink to the primary source is specified. All trademarks belong to their rightful owners, all materials to their authors. If you are the owner of the content and do not want us to publish your materials on our website, please contact us by email – [email protected]. The content will be deleted within 24 hours.
athletesbest sports newscaseDollarsfemaleliaisonnews update sportsnewsupdate