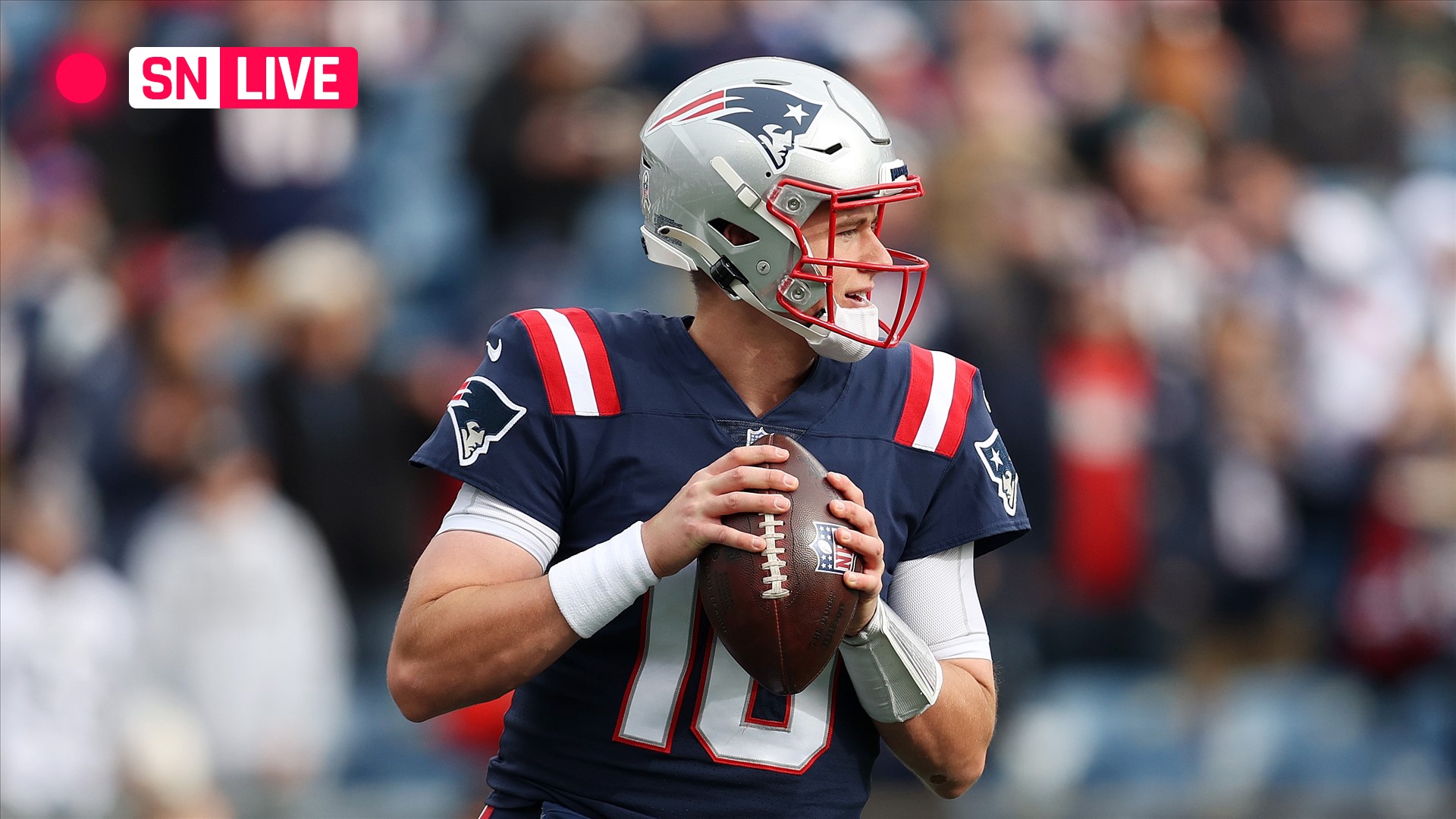 Rookie quarterback Mac Jones will lead the Patriots into Atlanta against Matt Ryan and the Falcons on Thursday night in a rematch of Super Bowl 53.

The Patriots (6-4) have won the last four matchups against the Falcons (4-5), including the 2017 Super Bowl in which Atlanta famously blew a 28-3 lead.

In last week’s 45-7 Patriots win over the Browns, Jones completed 19 of 23 passes for 198 yards and a season-high three touchdowns. Kendrick Bourne led New England’s receivers with four receptions for 98 yards and a touchdown, while Rhamondre Stevenson rushed for 100 yards and two scores. New England’s leading rusher, Damien Harris, missed the game with a concussion but is back in the lineup Thursday.

Jones will look to continue his hot streak against a Falcons defense that is 17th in the league against the pass. Deion Jones, Dante Fowler Jr. and Jacob Tuioti-Mariner lead Atlanta with two sacks each.

Ryan, meanwhile, will try to build momentum for the Falcons’ offense after the team’s 43-3 loss to the Cowboys on Sunday. He completed just 9 of 21 passes and was intercepted twice in the defeat. Atlanta will be without leading rusher Cordarrelle Patterson, who will miss the matchup with an ankle injury he suffered against Dallas.

Sporting News is tracking live scoring updates and highlights from Patriots vs. Falcons on “Thursday Night Football.” Follow below for complete results from the NFL Week 11 game.

8:45 p.m.: FIELD GOAL PATRIOTS. Nick Folk kicks a 32-yard field goal and puts the Patriots on the board first. Patriots lead 3-0 with 5:15 remaining in the first quarter.

8:34 p.m.: Colquitt punts 51 yards to the New England 44. A holding penalty against Cody Davis forces the Patriots to punt on their second drive.

8:30 p.m.: Ryan completes to Mike Davis for seven yards. An illegal formation penalty against the Falcons pushes them back to their own 2.

8:27 p.m.: Jake Bailey kicks a 44-yard punt that lands inside the Atlanta 4 and bounces out of bounds.

8:25 p.m.: Deion Jones makes the stop on third down for the Falcons and forces the Patriots to punt on their opening drive.

8:23 p.m.: Erik Harris gets called for defensive pass interference, giving the Patriots a first down from the 45.

8:20 p.m.: Falcons win the toss and defer. Patriots receive the kickoff and start from the 25.

The Patriots and Falcons will kick off at 8:20 p.m. ET, the same time that all “Thursday Night Football” games are set to begin during the 2021 NFL season. Pregame coverage of the event will begin at 7:30 p.m. ET on both NFL Network and Fox. NFL Network will also air “TNF First Look” on game day starting at 3 p.m. ET.

How to watch ‘Thursday Night Football’

“Thursday Night Football” will be simulcast on Fox and NFL Network for the remainder of the 2021 NFL regular season. Joe Buck and Troy Aikman will be on the call in the booth, with Erin Andrews and Kristina Pink reporting from the sidelines.

Streamers will be able to watch the game via Amazon Prime or by using fuboTV, which comes with a seven-day free trial .

Viewers in Canada can watch the game on DAZN free with a 30-day trial .

Denial of responsibility! NewsUpdate is an automatic aggregator around the global media. All the content are available free on Internet. We have just arranged it in one platform for educational purpose only. In each content, the hyperlink to the primary source is specified. All trademarks belong to their rightful owners, all materials to their authors. If you are the owner of the content and do not want us to publish your materials on our website, please contact us by email – [email protected]. The content will be deleted within 24 hours.
best sports newsFalconsFootballGamehighlightsLivenews update sportsnewsupdate