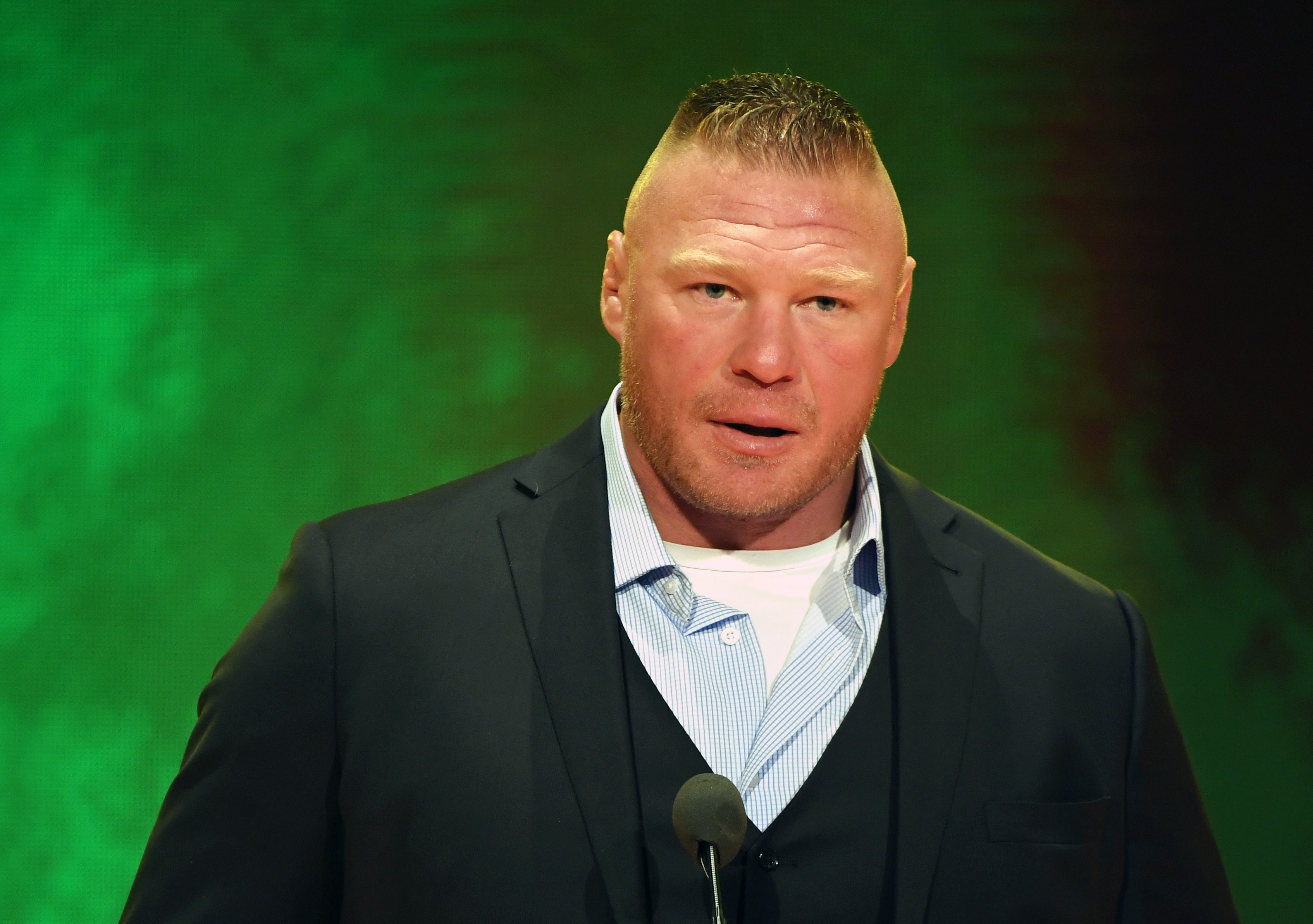 Paul Heyman on Brock Lesnar Returning to UFC: ‘He Can Make a Lot More Money’ in WWE

In an interview with Josh Martinez of Z100 in New York (h/t WrestlingInc.com’s Scott Mitchell), Heyman said: “He has nothing left to prove in MMA. He can make a lot more money in the WWE.”

At SummerSlam last month, Lesnar made his WWE return after more than a year away. Lesnar confronted Universal champion Roman Reigns and Heyman, who previously served as Lesnar’s advocate.

Lesnar challenged Reigns to a title match this past week on SmackDown and nearly hit Heyman with an F-5 before Reigns made the save.

While Lesnar is best known for being an eight-time world champion in WWE, he enjoyed a great deal of success in the world of MMA as well.

After ending his first stint with WWE in 2004, Lesnar transitioned to MMA. The former amateur wrestling national champion at the University of Minnesota made his UFC debut in 2008.

While he lost to Frank Mir in his first UFC fight, Lesnar went on a four-fight winning streak after that and beat Randy Couture for the UFC heavyweight title.

Lesnar dropped it to Cain Velasquez in 2010 and was knocked out by Alistair Overeem in the first round of his next fight while battling diverticulitis. That led to Lesnar making his long-awaited WWE return in 2012.

Since coming back to WWE, Lesnar has undoubtedly made big money, he has been presented as a top star and he has been given a favorable part-time schedule.

Despite that, Lesnar made a brief return to UFC in 2016, facing Mark Hunt at UFC 200. He originally won the fight by unanimous decision, but it was overturned to a no contest after Lesnar tested positive for the banned substance clomiphene.

Lesnar has not gone back to UFC since then and has instead focused on WWE, which Heyman believes will continue to be the case.

When asked to expand on why he doesn’t see Lesnar back in UFC ever again, Heyman said:

“Been there, done that. If you were to tell me that Brock Lesnar would have a shootout in soccer with Messi, that I believe. But he has already done the MMA schtick.

“He knocked out Randy Couture, took a beating from Shane Carwin. He’s a conqueror. What more can he do in the UFC that he hasn’t done? When Brock Lesnar went out for the Minnesota Vikings in 2004, he was 295 lbs., just suffered a motorcycle accident, and he had a torn groin, broken pelvis, a wired-shut jaw, and he still ran his 100-yard dash in Olympic qualifying time.”

Lesnar has already seen and done it all in WWE as well, but his current rivalry with Reigns is compelling given that Heyman is stuck in the middle.

Additionally, Lesnar seems to have more flexibility with his scheduling in WWE, plus Heyman alluded to the fact that he is well compensated.

Any combat sports promotion could benefit from the star power and presence Lesnar brings to the table, but as of now, it looks like WWE has no competition for his services.

Listen to Ring Rust Radio for all of the hot wrestling topics. Catch the latest episode in the player below (warning: some language NSFW).

Denial of responsibility! NewsUpdate is an automatic aggregator around the global media. All the content are available free on Internet. We have just arranged it in one platform for educational purpose only. In each content, the hyperlink to the primary source is specified. All trademarks belong to their rightful owners, all materials to their authors. If you are the owner of the content and do not want us to publish your materials on our website, please contact us by email – [email protected]. The content will be deleted within 24 hours.
best sports newsBrockHeymanLesnarlotmoneynews update sportsnewsupdate

Start a coding career with courses on Python, Java, HTML and more for just $25

N.F.L. Week 8 Predictions: Our Picks Against the Spread