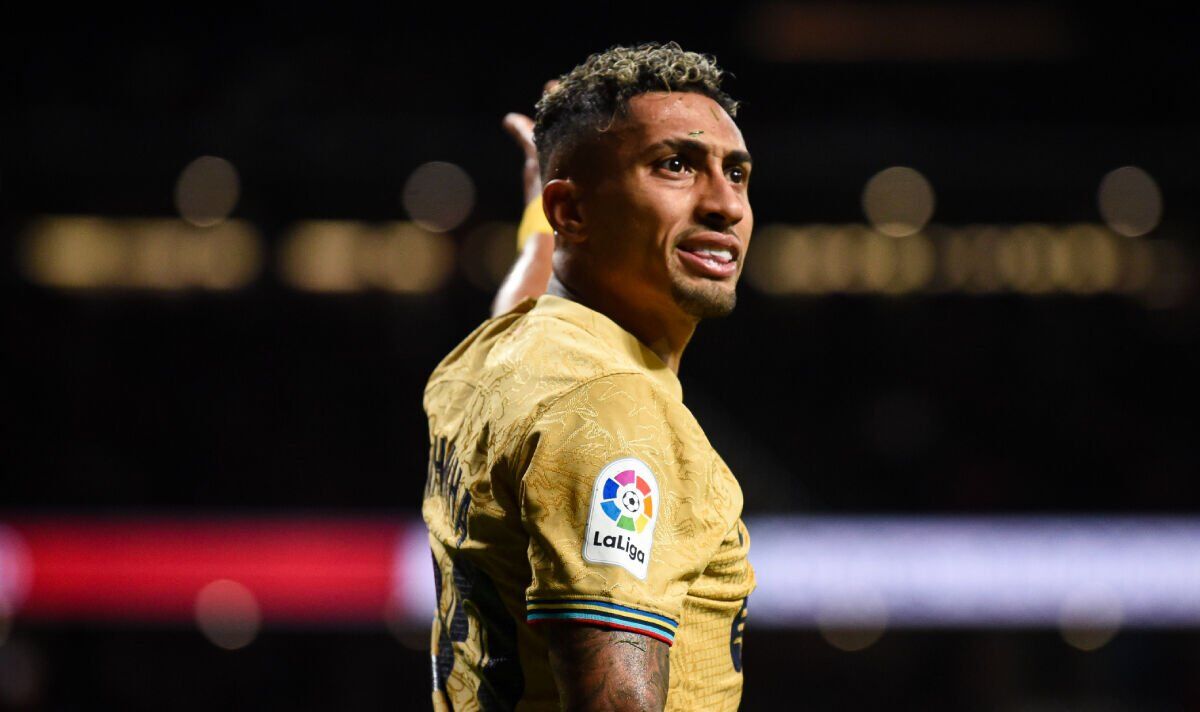 Arsenal hero Paul Merson says Barcelona star Raphinha could ruin the Gunners’ season if he moves to the Emirates Stadium and ends up getting paid more money than the rest of the players. Arsenal are eight points clear at the top of the Premier League table after winning 15 of their 18 matches this season but missed out on landing Ukraine international Mykhaylo Mudryk after their move for the winger was hijacked by Chelsea.

“They’ll have to regroup again,” Merson said. “Surely they have another few players in the pipeline, surely they haven’t put all their eggs into one basket. I think they might go for Raphinha at Barcelona, they’ve got to settle their books.

“He (Mudryk) is probably getting more money at Chelsea. If Arsenal then go, ‘wait a minute, we’ll give you those wages,’ how do you think all the players will react? It’s a happy dressing room at the moment, and [if] you give another player £200k or £300k, it gets around the dressing room – players start getting unsettled.

“And you’re better [off] not rocking the boat. These chances [to win the league] don’t come around too often and you’ve got to seize the moment. You don’t want to ruin it.”

Raphinha was part of the Brazil squad for the World Cup in Qatar and started four of his country’s five matches as his team reached the quarter-finals before succumbing to Croatia. And the ace has already exhibited his prodigious talents in the Premier League after starring for Leeds for two seasons.

Arsenal have signed a whole host of players over the last 18 months, with the likes of Aaron Ramsdale, Ben White and Martin Odegaard moving to north London in the summer of 2021, before Gabriel Jesus, Fabio Vieira and Oleksandr Zinchenko joined the club last summer. And their recruitment has paid dividends, with Arsenal now deemed as the favourites to win the Premier League title after racking-up an incredible 47 points before the halfway stage of the season.

Denial of responsibility! NewsUpdate is an automatic aggregator around the global media. All the content are available free on Internet. We have just arranged it in one platform for educational purpose only. In each content, the hyperlink to the primary source is specified. All trademarks belong to their rightful owners, all materials to their authors. If you are the owner of the content and do not want us to publish your materials on our website, please contact us by email – [email protected]. The content will be deleted within 24 hours.
Arsenalbest sports newsconcernMersonnews update sportsnewsupdatePaulraises