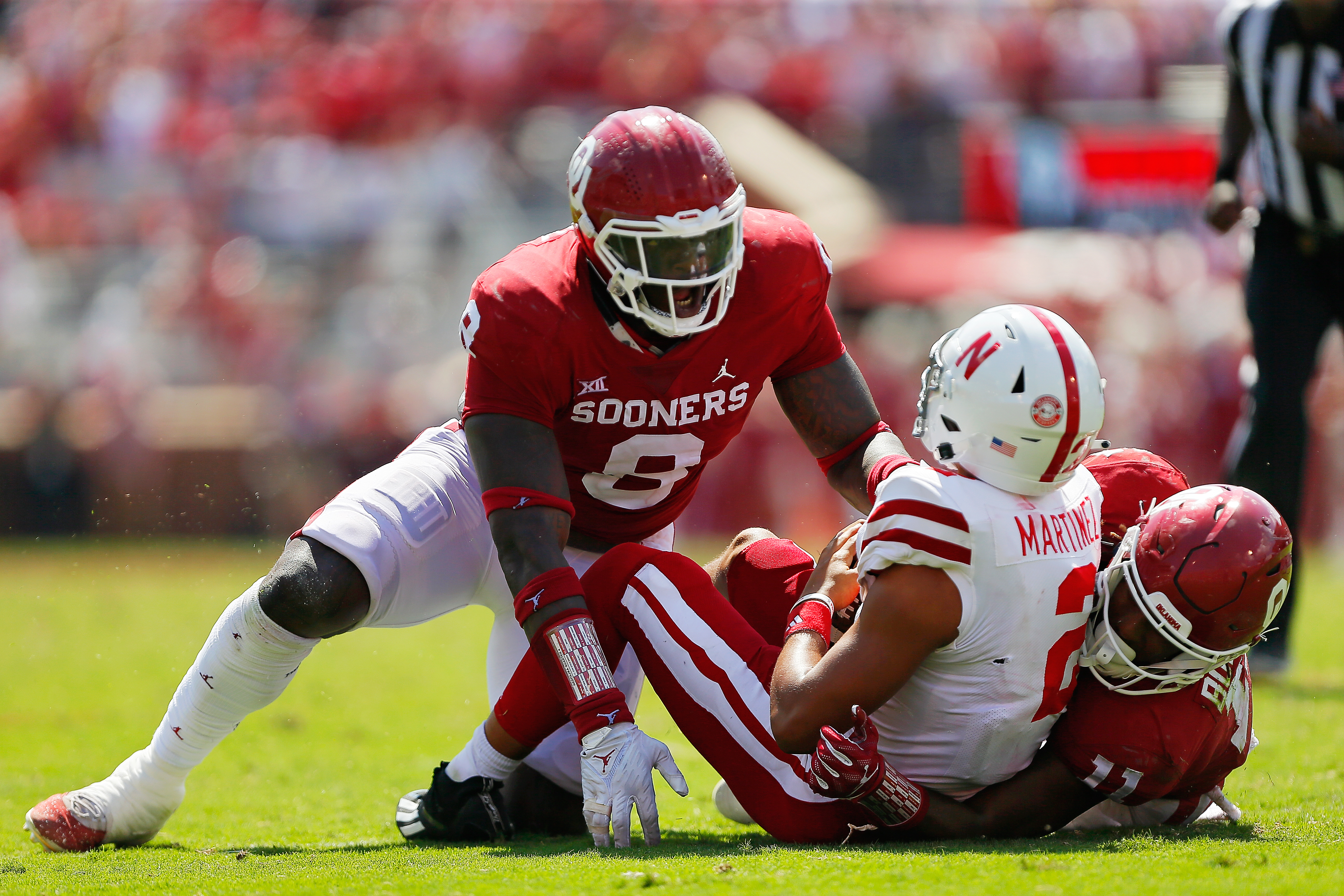 — Above-average burst off the snap. Can shoot forward to initiate contact right away, as well as shoot across into a different gap.

— Good foot speed and quickness when working across the line of scrimmage. Can fight across the offensive lineman’s face into the far-side gap.

— Good length for the position. Improved technique could help make that an advantage for him in the future.

— Leg drive is inconsistent, both in the run game and as a pass-rusher. Too often stalls out.

— Anchor in the run game is not there. Does not settle and play with a wide base when needed. Can only function as a penetrator right now.

— Hand placement needs work. Engages with his forearms rather than his hands too often.

— Too many pass-rushing reps where he stutters his feet on a two-way go without gaining any ground towards the blocker.

— Started both seasons at Oklahoma.

Perrion Winfrey is a ball of potential. He comes off the ball well, shows the lateral speed to rip across the line of scrimmage and flashes overwhelming upper-body power from time to time. All of those tools suggest he can be a big-time disruptor in the NFL.

However, Winfrey’s technique is a few years away from being NFL-ready, and there should be concern about how he will hold up when he needs to anchor against the run. The sub-300-pound former JUCO transfer may still have room to add weight and strength, but he’ll have to prove it.

Winfrey was largely miscast as a 0/1-technique at Oklahoma, but he projects more as an upfield penetrator from 3-technique in the NFL. However, the NFL is starting to move away from one-gap defensive fronts that allow players like Winfrey to just fire off the ball, so it’s worth wondering how valued players like him will be over the next few years.

Winfrey has exciting traits and developmental value, but he is at least a few years away from being NFL-ready. He’s also best suited for a role that is no longer as prevalent in the NFL as it once was.

Denial of responsibility! NewsUpdate is an automatic aggregator around the global media. All the content are available free on Internet. We have just arranged it in one platform for educational purpose only. In each content, the hyperlink to the primary source is specified. All trademarks belong to their rightful owners, all materials to their authors. If you are the owner of the content and do not want us to publish your materials on our website, please contact us by email – [email protected]. The content will be deleted within 24 hours.
best sports newsBrownsClevelandDraftnews update sportsnewsupdateNFLPerrion