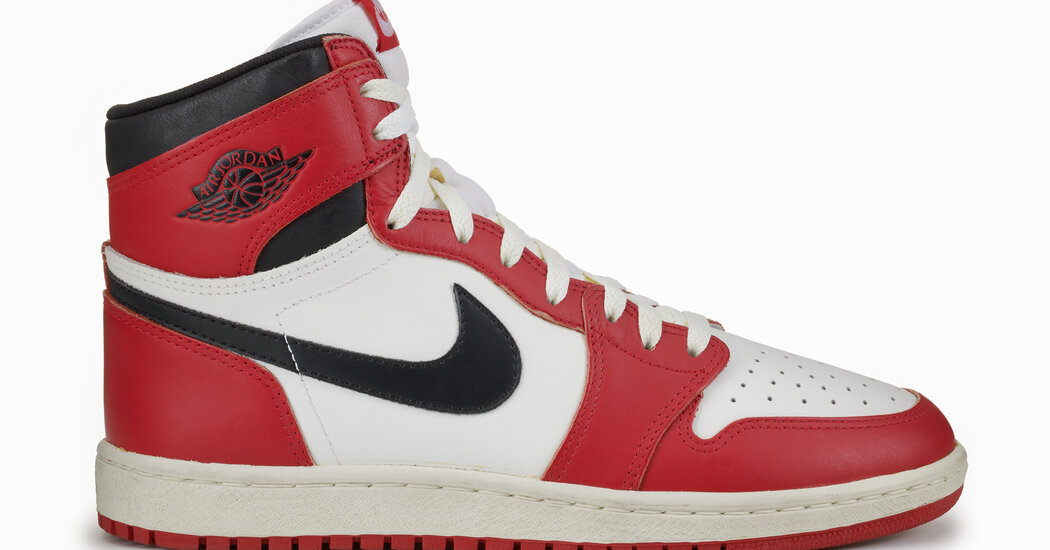 Peter Moore, a Force in the 1980s Sneaker Revolution, Dies at 78

Peter Colin Moore was born on Feb. 21, 1944, in Cleveland. His father, Raymond, was a career Navy officer. His mother, Mary (Jameson) Moore, was a homemaker.

After graduating from the Chouinard Art Institute in Los Angeles with a bachelor’s degree in graphic design in 1969, he worked for a design studio, which he eventually acquired. He moved to Portland in 1972 and spent a year there as creative director of the paper company Georgia-Pacific. He then opened a design studio in the city and landed Nike as a client several years later. He joined the company as creative director in 1983.

After four years at Nike, Mr. Moore teamed up with Mr. Strasser and his wife, Julie Strasser, in their consulting business, Sports Inc., which did extensive work with the German-based company Adidas. Adidas acquired their company in 1993, renaming it Adidas America. The company’s goal was to resuscitate the Adidas footwear and apparel brand, which in recent years had fallen behind Nike, Reebok and other companies in North America.

“Rob and Peter played off each other’s strengths,” Ms. Strasser said in a phone interview. “They were very tight and had everything in common when it came to understanding sports brands. They knew what made Nike tick and what made Adidas tick.”

Among his achievements with Adidas, as a consultant and then as an executive, were the introduction of the EQT line of sneakers and sportswear, which was lauded for returning Adidas to its roots, and the creation of a new corporate logo that took the familiar three stripes that had adorned the sides of Adidas sneakers and redeployed them into the shape of a mountain. It is now Adidas’s primary logo.

He also signed the Denver Nuggets’ rookie center, Dikembe Mutombo, to a signature shoe and apparel deal in 1992, and was involved four years later in Kobe Bryant’s deal with Adidas.

Denial of responsibility! NewsUpdate is an automatic aggregator around the global media. All the content are available free on Internet. We have just arranged it in one platform for educational purpose only. In each content, the hyperlink to the primary source is specified. All trademarks belong to their rightful owners, all materials to their authors. If you are the owner of the content and do not want us to publish your materials on our website, please contact us by email – [email protected]. The content will be deleted within 24 hours.
1980sbest sports newsDiesForceMoorenews update sportsnewsupdatePeter

Facebook Is Getting Rid Of This Location Feature Soon