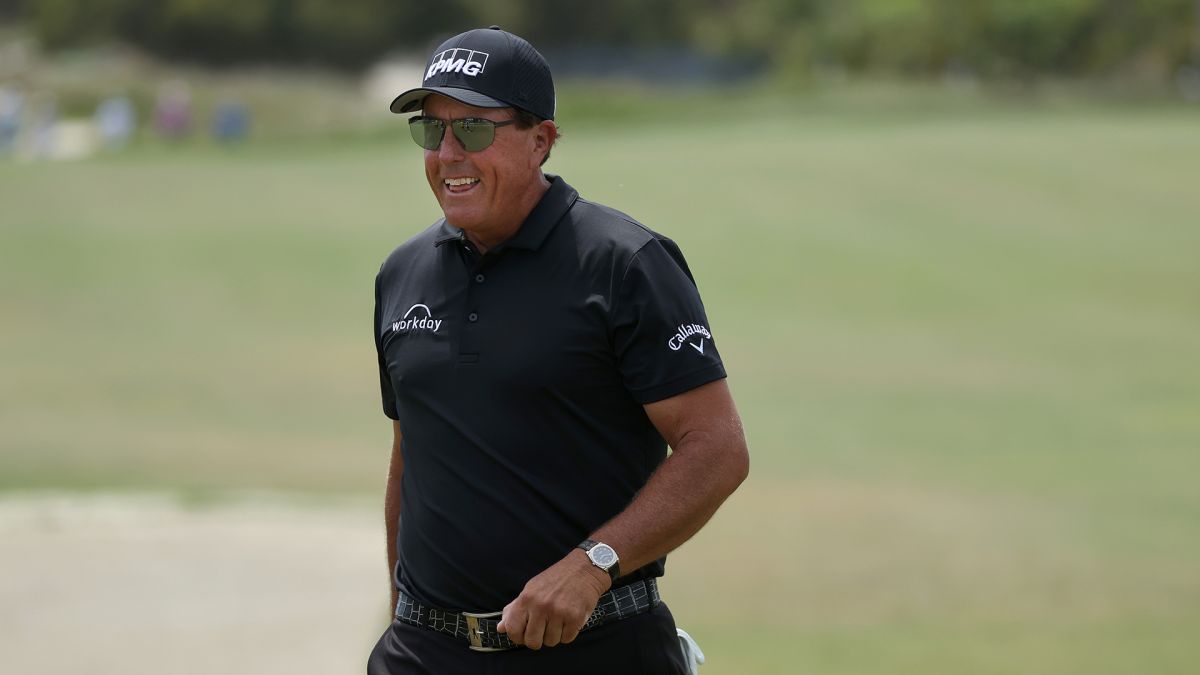 The PGA Championship 2021 golf tournament finishes today (Sunday, May 23) at 7 a.m. ET. In the U.S., play will start on ESPN and continue on CBS and its services. But you can watch your country’s coverage no matter where in the world you are by grabbing a VPN.

Watching a PGA Championship 2021 live stream of the final round from Kiawah Island will be a fascinating and potentially history-making experience.

Phil Mickelson stands one shot clear of the field after three rounds and if the 50-year-old can hold on to his lead, he’d become the oldest Major winner ever.

At one stage yesterday, the five-times Major winner was five shots clear of the pack, only for Brooks Koepka and Louis Oosthuizen to draw level as the day went on. But both dropped shots late on, giving Mickelson a one-stroke advantage over Koepka and two over Oosthuizen as we enter the final day.

If you’re worried about how to watch the PGA Championship 2021 live stream when you’re away from home and can’t access your usual streaming services, fear not. A virtual private network, or VPN, makes it so that you can appear to be surfing the web from your home town, so you can access the same streaming services you’ve already paid for.

Unsure which is the best VPN for you? We’ve tested a bunch of services and our favorite right now is ExpressVPN, which offers superb speeds and excellent customer service. But you’ve got other VPN options as well.

ExpressVPN is the best VPN, based on our testing, with fast connection times and lots of supported devices. Plus, there’s a 30-day money-back guarantee if you’re not satisfied.View Deal

If you’re in the U.S. and want to watch the PGA Championship 2021 live stream of the final round in its entirety, you’ll need both ESPN and CBS. That’s because ESPN has the rights to the early play, while CBS will take over for the conclusion.

Coverage will start on ESPN Plus, the streaming service you can bundle with Hulu and Disney Plus, before the traditional cable version of ESPN tees off at 10 a.m. ET / 7 a.m. PT.

Then, from 1 p.m. ET, CBS will have the remainder of the play — including the potentially crucial final holes.

If you’ve cut the cord, there are lots of options for watching ESPN. Our favorites for the first two rounds would be Sling Orange and FuboTV, both of which cover the service. For the final two days, if you already have CBS on cable then you’re good: just head to the CBS website and log in with your cable credentials, and you’ll be able to watch a PGA Championship 2021 live stream online.

If not, then FuboTV will be your friend, because it includes both ESPN and CBS in its starter plan. For a fee of $65, you get a whopping 122 channels including ABC, FOX and NBC, plus sports channels such as NFL Network, the Big Ten Network and the Golf Channel.

Alternatively, you could tune into the final round of the Masters 2021 live stream via CBS’ new Paramount Plus streaming service. It costs just $5.99 per month with ads or $9.99 without.

And don’t forget, if you’re usually based in the U.S. but aren’t at home right now you can still watch the services you subscribe to by using a VPN such as ExpressVPN.

If you love sports, you’ll want to check out Fubo.TV. It’s got a 7-day free trial, so you don’t need to pay up front, and features dozens of channels including CBS, ESPN and the Golf Channel.View Deal

Sling TV: You can get ESPN in the Sling Orange package. The 30-plus channels in the lineup include AMC, CNN, Food Network, AMC, Comedy Central, HGTV and many more.View Deal

Paramount Plus is a new streaming service combining what used to be CBS All Access with loads more content from the deep ViacomCBS vault. Access live sports coverage, older shows and originals for $5.99 per month.View Deal

As is usually the way with the major golf tournaments, Sky Sports is the place to go to watch a PGA Championship 2021 live stream in the U.K. If you don’t already subscribe, you could sign up for the basic Sky package plus the Sky Sports Golf channel for £36 per month. Alternatively, you could go for the entire Sky Sports package starting from £43 per month.

If you don’t want to commit to a lengthy contract, another option is to buy a Now Sports Pass. This will let you access all 11 of the Sky Sports channels for a limited time, with prices starting at £9.99 for a Day Pass and £33.99 for a month.

The block of TSN channels will be all Canadian golf fans need to get a PGA Championship 2021 live stream. Much simpler than what Americans are dealing with, all of the Canadian coverage airs on various TSN channels, starting at 10 a.m. ET each day.

Not sure how to watch the PGA Championship 2021 in Australia? Golf fans Down Under can catch the action on Fox Sports, but a Masters live stream will also be shown on the new streaming platform Kayo Sports . As with the other options in our list, this can be accessed wherever you are by using one of the best VPN services.

Here’s the schedule for the PGA Championship 2021 golf tournament in the U.S.

Denial of responsibility! NewsUpdate is an automatic aggregator around the global media. All the content are available free on Internet. We have just arranged it in one platform for educational purpose only. In each content, the hyperlink to the primary source is specified. All trademarks belong to their rightful owners, all materials to their authors. If you are the owner of the content and do not want us to publish your materials on our website, please contact us by email – [email protected]. The content will be deleted within 24 hours.
best technology newsChampionshipGolfLiveMajornews update technewsupdateonline

Censorship, Surveillance and Profits: A Hard Bargain for Apple in China