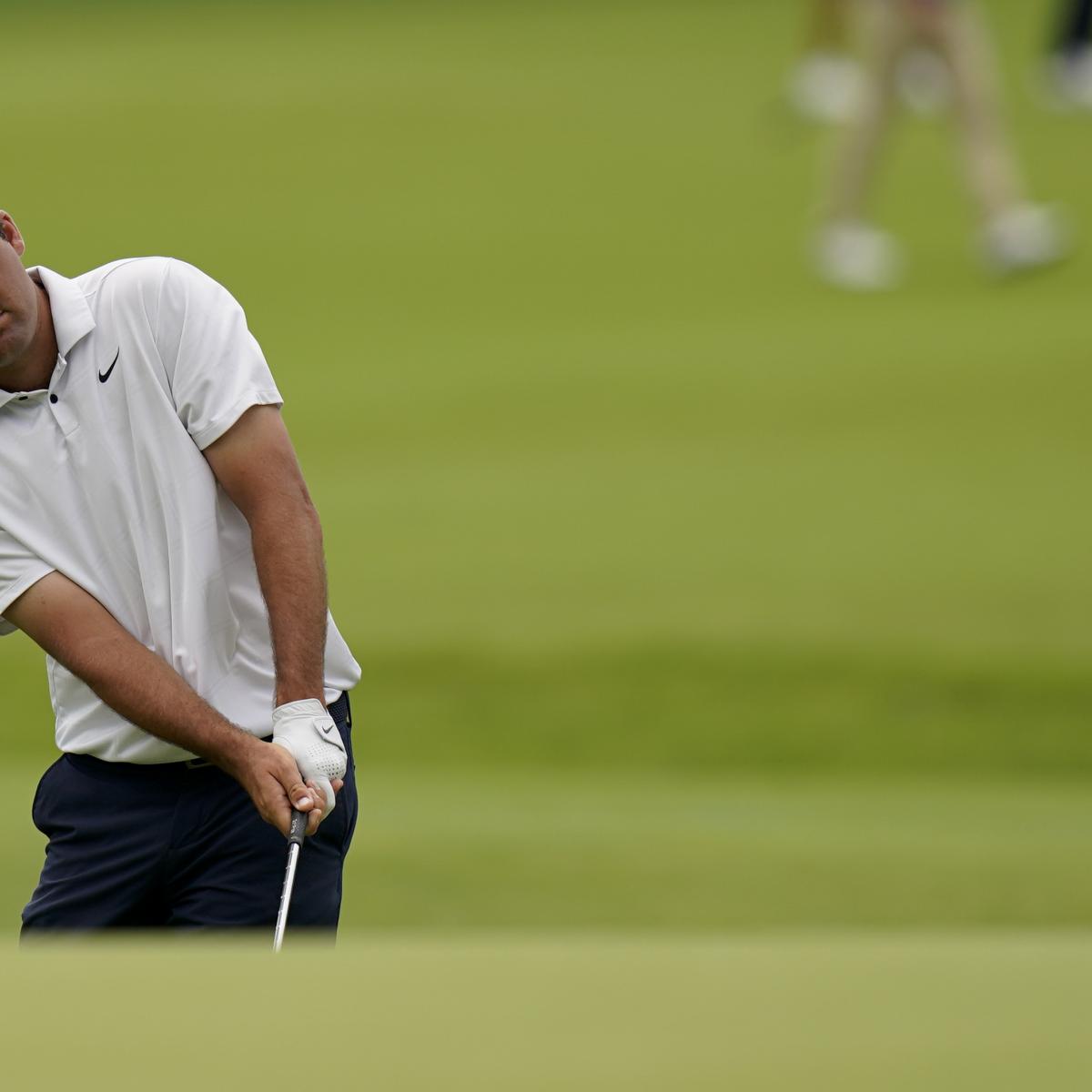 The PGA Championship differs a bit from The Masters when it comes to a daily fantasy golf standpoint.

The PGA Championship usually has a larger field because The Masters is an invitational event, so there is a wider net to cast when it comes to back-end players.

The main similarity between the first two majors of the men’s golf season is to trust the elite level golfers as much as possible.

Scottie Scheffler won as one of the favorites at Augusta National Golf Club. Many of the top 10 finishers either had strong previous major results, or were near the top of the odds board and had high DFS salaries going into the weekend.

Scheffler, Jon Rahm and Jordan Spieth should be the most popular golfers in DFS contests. They can carry your rosters for part of the tournament, but you need depth around them.

Perhaps the biggest question outside of the favorites is the performance of Tiger Woods. Woods made the cut at The Masters, but he did not make any noise in the weekend rounds.

Woods comes into Southern Hills Country Club in a better physical state, but it is still hard to know what he will produce over two or four days.

The heavy lifting on your roster can be done by some of the top golfers in the field.

Scottie Scheffler will be an obvious target at the top end of DFS salaries because of his triumph at The Masters.

Jon Rahm had a streak of four straight top 10 major finishes end at Augusta National Golf Club. He won one of the few tournaments in between the first two majors.

Jordan Spieth captured the RBC Heritage title in the first tournament after The Masters and he comes into Southern Hills in some of the best form of any golfer.

Rahm and Scheffler finished in a tie for eighth last season at the PGA Championship. A top 10 finish is the minimum expectation for those two and Spieth.

Justin Thomas, Collin Morikawa and Rory McIlroy sit behind Scheffler and Rahm on the DraftKings salary list for the PGA Championship.

All three previous major winners should be considered for top-tier spots in DFS lineups as well.

Viktor Hovland and Cameron Smith are the only two golfers without a major victory within the top nine salary ranks on DraftKings.

Smith is looking to rebound off a brutal final round at The Masters, so he may be avoided by some DFS players.

Hovland could be a sleeper among the top-tier golfers this week because he played his college golf at Oklahoma State and he is familiar with the Southern Hills setup.

Hovland does not have a top 10 finish at a major in his career, but he could change that in Oklahoma.

The goal for any lineup is mix and match at least two of these players to begin your lineup. A third could be added if you are willing to risk it with lower-salaried players that are less dependable.

Tiger Woods is once again the sentimental favorite at a major tournament.

Woods received a ton of attention for his return at The Masters after a long layoff.

Woods impressed a lot of observers by just making the cut at Augusta, but he did nothing for DFS lineups on the weekend as he finished in 47th place.

The 46-year-old should feel better physically at Southern Hills, but it is still unknown if he discover the major-winning form from the prime of his career.

Woods checks in with a salary of $8,200 in DraftKings contests for the PGA Championship. That may seem too high to ride with given the other candidates beneath him in the salary pool.

Corey Conners, Louis Oosthuizen and Tony Finau have strong major track records over the last few years and their consistency could be valued over Woods.

Max Homa could also be used out of the second tier of DFS salaries. Homa has not put it all together at a major yet, but he is coming off a recent victory at the Wells Fargo Championship.

If Woods sat at a lower salary, he could be worth the risk because he would not take up a large chunk of your budget.

However, we just do not know enough about how well Woods will look on course to trust him over four rounds at a major.

Woods is a roster-at-your-own-risk choice pick until he proves he can move up the leaderboard on the weekend.

The 156-man field at the PGA Championship allows you to find some more low-salary depth than The Masters.

Everyone should take a look at the golfers listed at $7,100 or lower on DraftKings to see if they can find a gem for the weekend.

The 2021 PGA Championship produced a few surprises in the top 10. Phil Mickelson’s win stunned a lot of people, Harry Higgs and Padraig Harrington played into a tie for fourth and Rickie Fowler finished inside the top 10.

Tom Hoge sticks out right away as a potential depth piece that could move your roster up the leaderboard. Hoge is listed at a $7,100 salary. He is ninth in the FedEx Cup standings.

Harold Varner III and Seamus Power are solid options at $7,000. Varner shot one of the best rounds on Sunday at Augusta, while Power made the cut at The Masters and is coming off a top 20 finish at the AT&T Byron Nelson.

Dahmen and Fowler could be considered at their low salaries because of their recent high finishes at the PGA Championship.

Mackenzie Hughes may end up as the ultimate value play at $6,600. The Canadian is 37th in the FedEx Cup standings and he made the cut at four of his last five majors.

Denial of responsibility! NewsUpdate is an automatic aggregator around the global media. All the content are available free on Internet. We have just arranged it in one platform for educational purpose only. In each content, the hyperlink to the primary source is specified. All trademarks belong to their rightful owners, all materials to their authors. If you are the owner of the content and do not want us to publish your materials on our website, please contact us by email – [email protected]. The content will be deleted within 24 hours.
best sports newsChampionshipdailyfantasynews update sportsnewsupdatePGApicks

‘Chivalry 2’ comes to Steam and adds horses on June 12