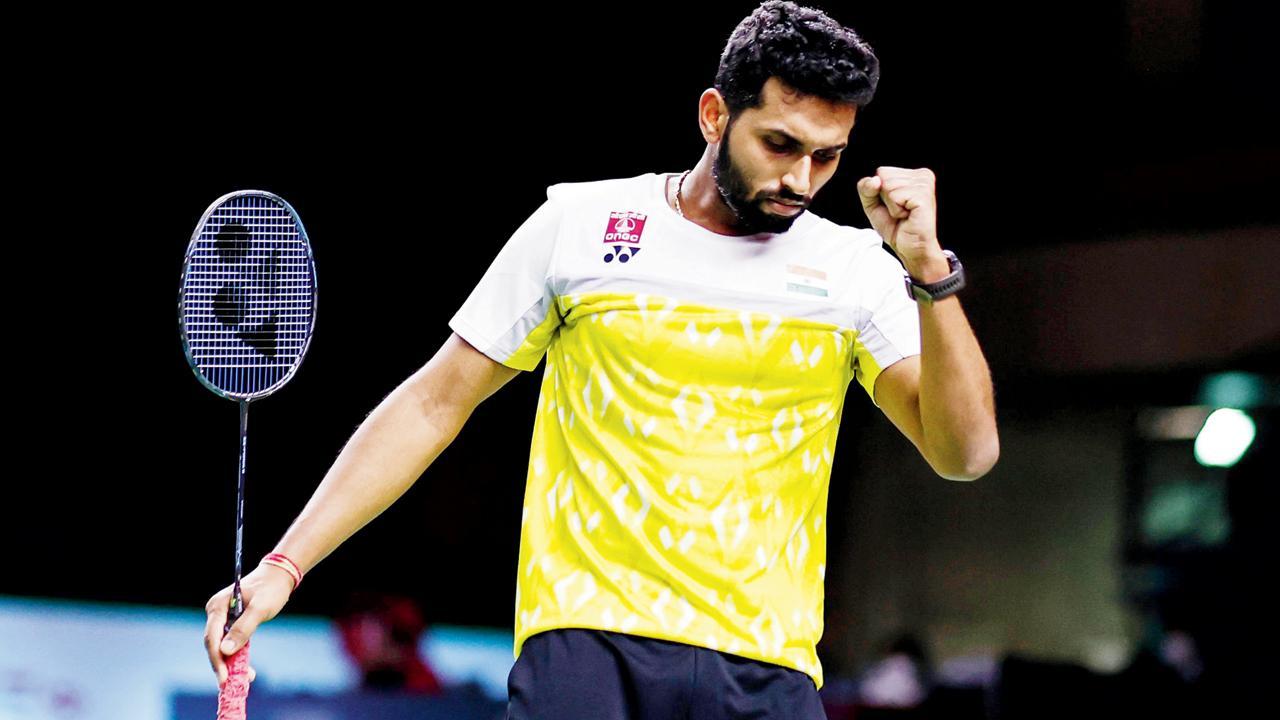 The highlight of the day was Prannoy’s stunning 14-21, 21-19, 21-16 upset victory over Tokyo Olympics gold medallist Victor Axelsen in a tense one hour 11 minutes battle in the men’s singles second round.

Down and out in the first game, Prannoy made a sensational recovery to first level the match and then eke out a memorable win against the World No. 2.

This was Prannoy’s first victory in six attempts against Axelsen. With the win, the World  No. 32 Indian shuttler becomes the first player to beat the Dane in full a match since March. In the women’s singles, reining world champion Sindhu, who is seeded third, took 47 minutes to record a 17-21, 21-7, 21-12 win over Spain’s Clara Azurmendi.

Playing against the World No. 47 Azurmendi for the first time, Sindhu went down in the first game before putting up a dominant performance in the next two games to register a brilliant victory.

The two-time Olympic medallist will now lock horns with World No. 30 unseeded Turkish shuttler Neslihan Yigit in the quarter-finals. Sindhu has a 3-0 head-to-head record against the Turkish.

On the other hand, former World No. 1 Srikanth, dispatched Indonesia’s sixth seed Jonatan Christie 13-21, 21-18, 21-15 in one hour two minutes in the men’s singles second round fixture.

The unseeded Srikanth, who had claimed the Indonesia Open Super Series premier in 2017 at Jakarta, will take on Prannoy in the quarter-finals. However, it was curtains for young Lakshya Sen in the men’s singles event and the mixed doubles pairing of Dhruv Kapila and N Sikki Reddy.

Sen, 20, who had reached the semi-finals at Hylo Open Super 500 and final of Dutch Open recently, went down 13-21, 19-21 to the top seed and two-time world champion Kento Momota of Japan in a 46-minute clash.

Kapila and Sikki, on the other hand, lost a hard fought 15-21, 23-21, 18-21 battle to Thai duo of Supak Jomkoh and Supissara Paewsampran in the second round mixed doubles match. Women’s doubles pair of Ashwini Ponappa and Reddy also crashed out of the event in the second round to third seeds Jongkolphan Kititharakul and Rawinda Prajongjai 18-21, 12-21.

Also View PHOTOS: At 39, Yusuf Pathan is enjoying his time with wife Afreen and his family

Denial of responsibility! NewsUpdate is an automatic aggregator around the global media. All the content are available free on Internet. We have just arranged it in one platform for educational purpose only. In each content, the hyperlink to the primary source is specified. All trademarks belong to their rightful owners, all materials to their authors. If you are the owner of the content and do not want us to publish your materials on our website, please contact us by email – [email protected]. The content will be deleted within 24 hours.
Badminton newsbest sports newsHS Prannoyindian sports newsIndonesia Masters Super 750 badminton tournamentinternational sports newsKidambi Srikanthnews update sports