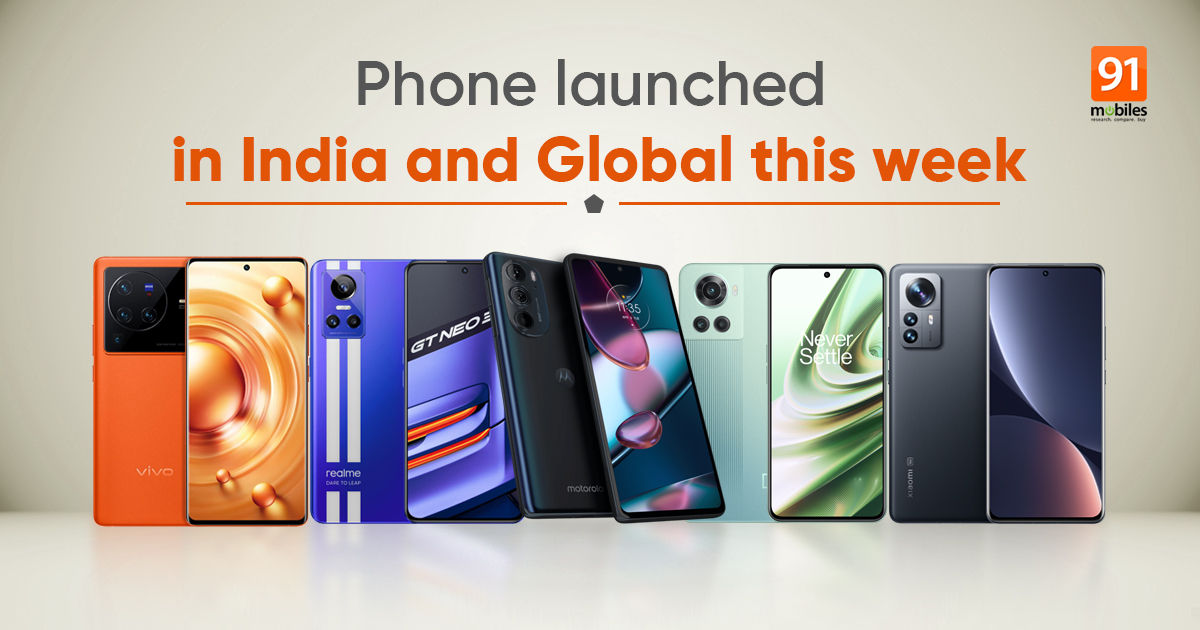 The last week of April was extremely busy in the smartphone world, as there were several launches from different brands. 16 smartphones debuted this week, both in India and globally. The week started with Moto G52’s launch, which came as a successor to the Moto G51, and ended with Realme GT Neo 3. Realme Narzo 50A Prime, Nokia G21, Micromax In 2C, iQOO Z6 Pro 5G, Xiaomi 12 Pro, Infinix Smart 6, Motorola Edge 30, OnePlus 10R, OnePlus Nord CE 2 Lite, POCO M4, and Tecno Phantom X launched in India this week. Here’s a quick rundown of each phone’s specifications, price in India, and sale date, launched in India between April 24th and April 29th. 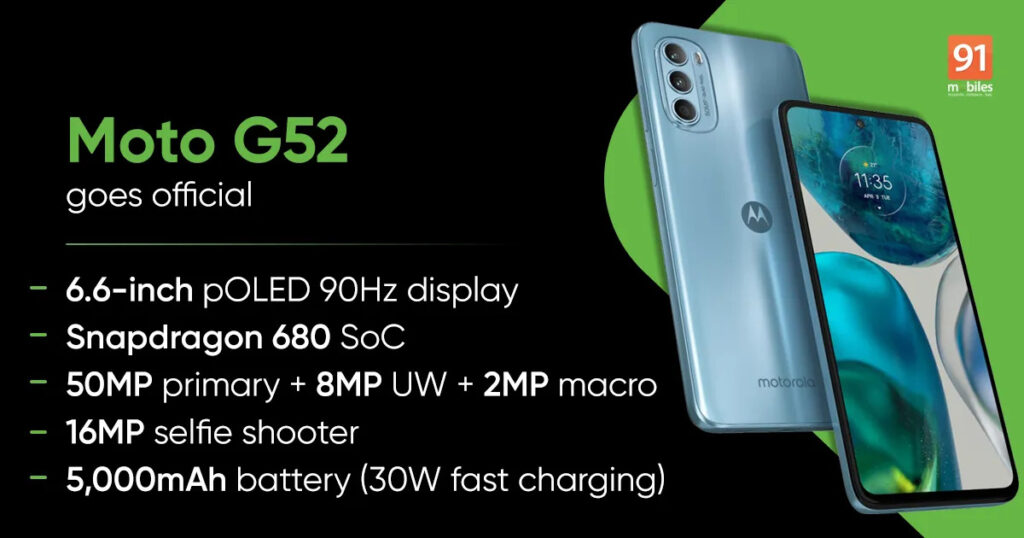 Moto G52 debuted in India on April 25th. The phone is loaded with a Snapdragon 680 processor paired with up to 6GB RAM and 128GB storage. Powering the device is a 5,000mAh battery that supports 33W charging. It has a 6.6-inch Full-HD+ OLED 90Hz display. Moto G52 comes with a triple camera setup, featuring a 50MP main, 8MP ultrawide, and a 2MP macro camera. It has a 16MP camera on the front. 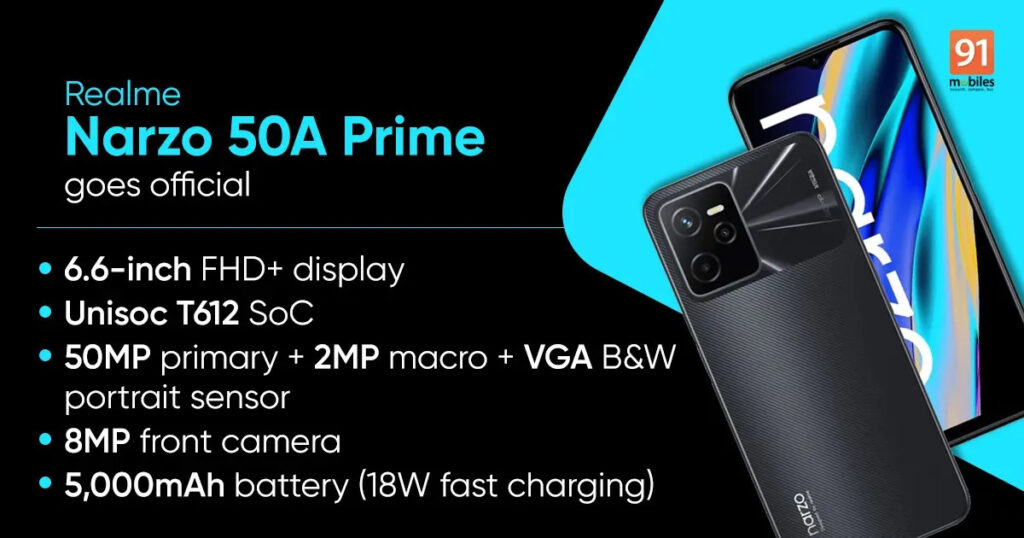 Realme Narzo 50A Prime was launched in India on April 25th. The phone is the fourth Narzo 50-series phone from Realme. It packs an Unisoc T612 chipset paired with 4GB RAM and up to 128GB storage. Realme Narzo 50A features a 5,000mAh battery that supports 18W charging. It has a 6.6-inch Full-HD+ display. Realme Nazro 50A Prime has an 8MP camera on the front for selfies and video calls. It features a 50MP triple camera setup at the rear. 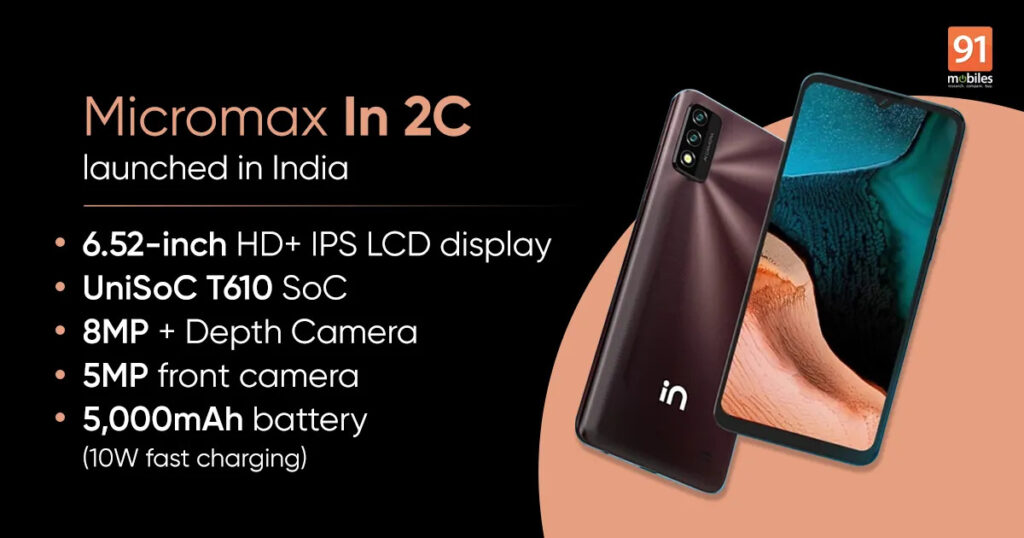 Micromax expanded its In-seres portfolio with the Micromax In 2C’s debut in India. The In 2C comes with an UniSoC T610 octa-core processor, 3GB RAM/32GB storage, a 5,000mAh battery, 8MP dual rear camera, and a 5MP selfie snapper. It has a 6.52-inch HD IPS LCD display and boots Android 11 out of the box.

Price: Micromax In 2C price in India is Rs 8,499, but thanks to the introductory offer, you can get it at Rs 7,499.
Sale: Micromax In 2C will be available to purchase starting May 1st via Flipkart. 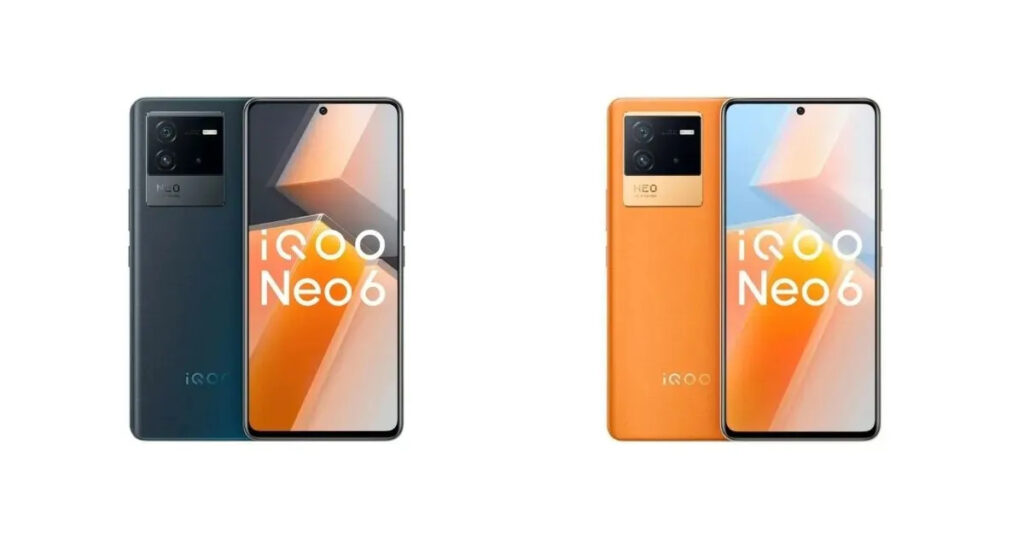 iQOO Z6 and iQOO Z6 Pro hit the Indian shores on April 27th. The phones bring upgrades in terms of specifications over the last year iQOO Z5-series. iQOO Z6 Pro 5G is powered by the Qualcomm Snapdragon 778G 5G chipset paired with up to 12GB RAM and 4GB virtual RAM. It has a 4,700mAh battery that supports 66W fast charging.

The iQOO Z6 4G, on the other hand, comes as a downgrade version of the iQOO Z6 5G. The phone is loaded with Qualcomm Snapdragon 680 chipset, up to 8GB RAM and 128GB storage, and a 5,000mAh battery that supports 44W fast charging. 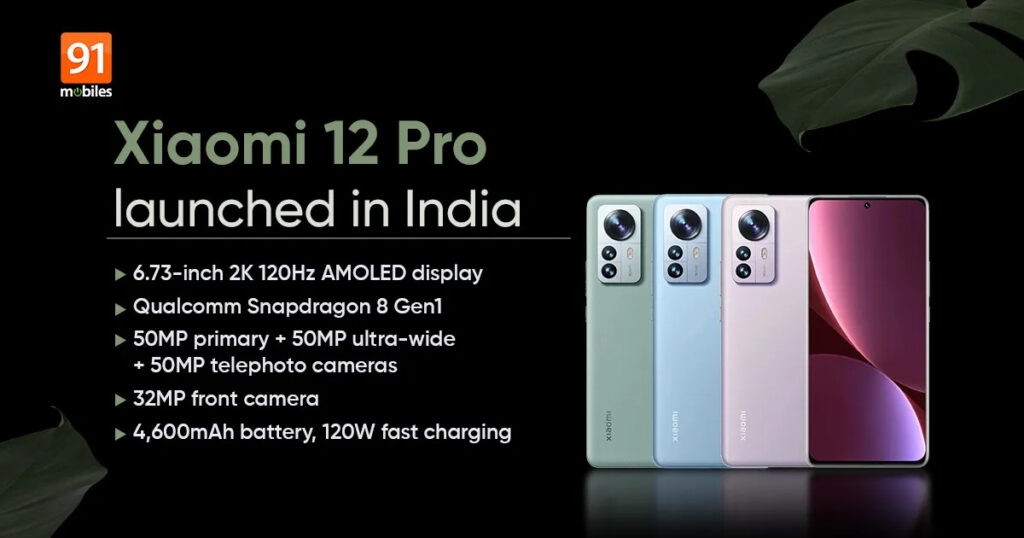 Xiaomi’s premium flagship smartphone, the Xiaomi 12 Pro, was launched in India on April 27th. The flagship features a 2K AMOLED 120Hz display, Qualcomm Snapdragon 8 Gen 1 chipset, 4,600mAh battery, and up to 12GB RAM/ 256GB storage. It has a 50MP+50MP+50MP triple camera setup at the rear and a 32MP camera at the front for photography. 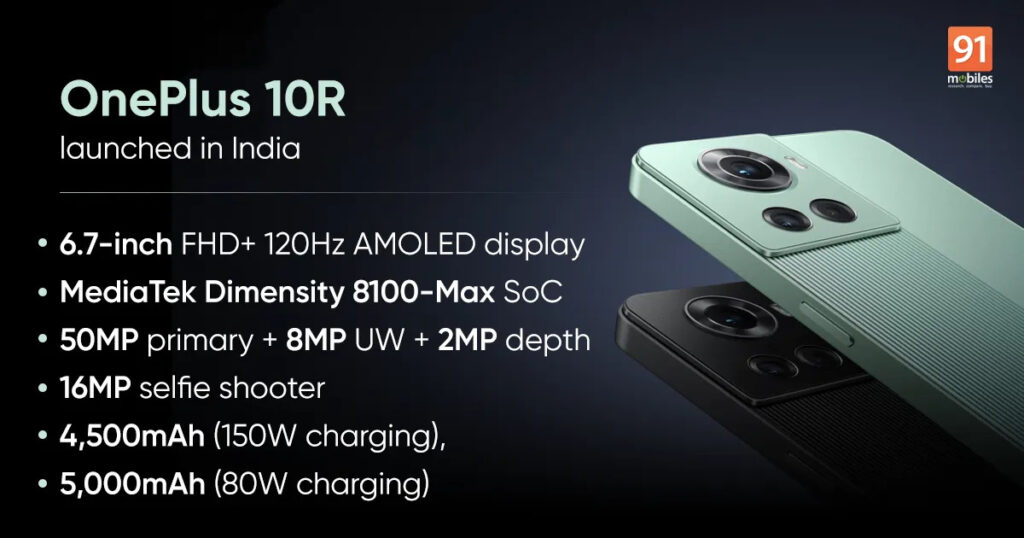 OnePlus 10R was official in India on April 28th. The phone is a rebranded version of the OnePlus Ace that debuted in China. Powering the handset is a MediaTek Dimensity 8100 processor paired with a 4,500mAh/500mAh battery that supports 150W/80W fast charging. It packs up to 12GB RAM and 256GB storage. OnePlus 10R has a 50MP+8MP+2MP triple camera setup and a 16MP selfie camera. 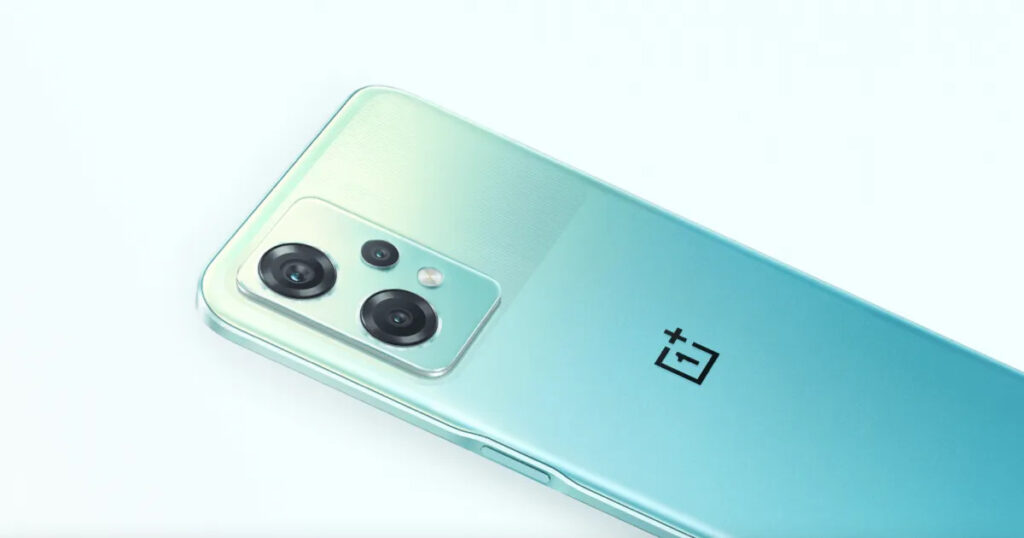 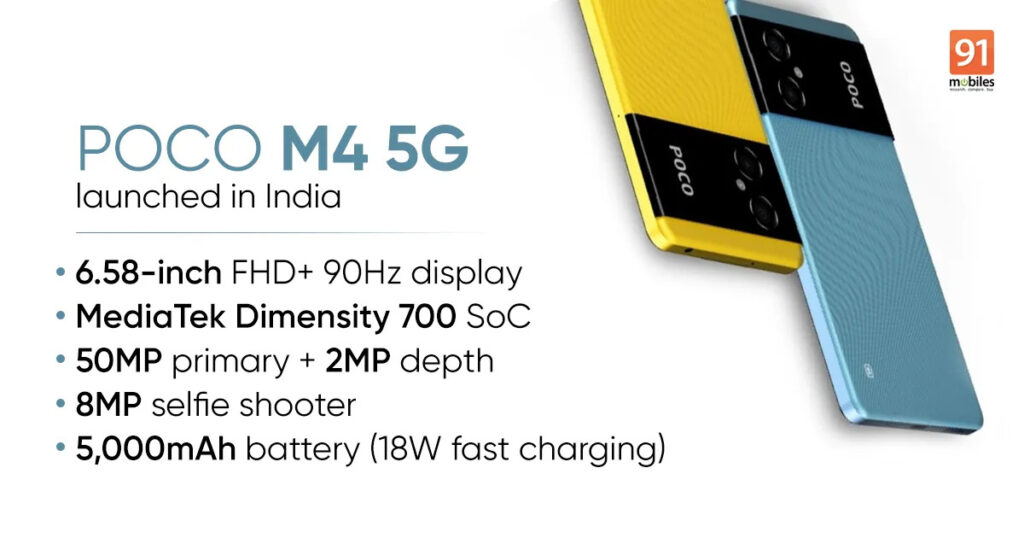 POCO M4 came to India on April 29th. It is the second M4-series phone from POCO, after POCO M4 Pro. POC M4 Pro flaunts a MediaTek Dimensity 700 chipset paired with a 5000mAh battery that supports 18W charging. It has 4GB/6GB RAM and 64GB/128GB storage. A 50MP+2MP dual camera takes care of photography needs, paired with an 8MP camera on the front. 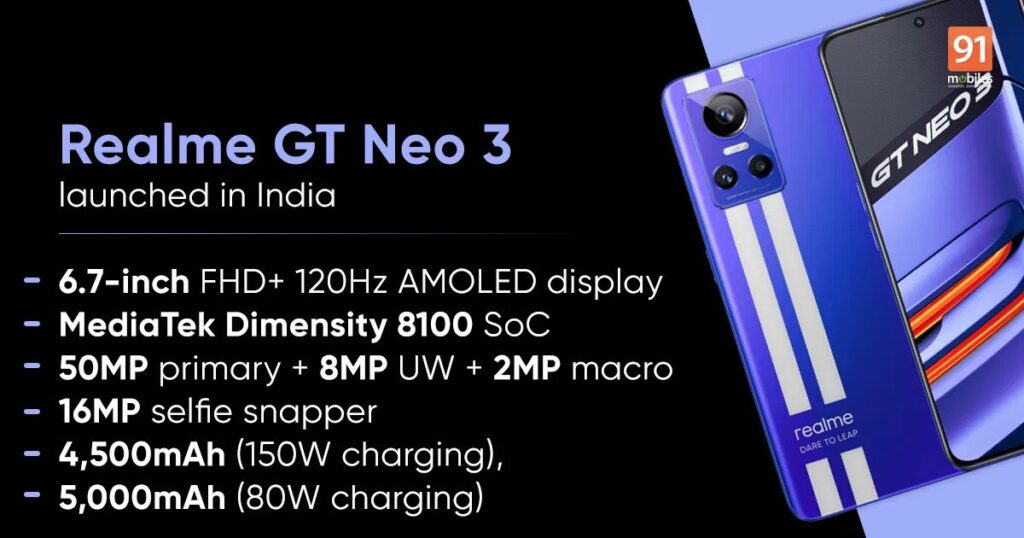 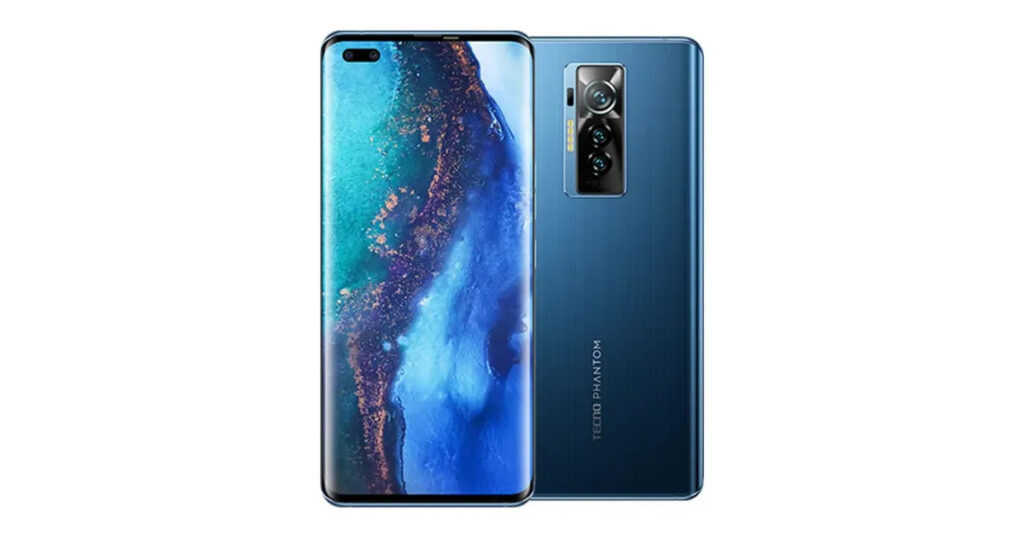 Price: Tecno Phantom X’s price in India is Rs 25,999 for the sole 8GB RAM and 256GB unit.
Sale: Tecno Phantom X will go on sale starting May 4th, available exclusively on Amazon. The company offers a complimentary Bluetooth Speaker of Rs 2,999 as an introductory offer.

POCO F4 GT was launched as a successor to POCO F3 GT. The phone features a Snapdragon 8 Gen 1 processor, a 4,700mAh battery, 64MP+8MP+2MP triple cameras, and a 20MP selfie camera.

Denial of responsibility! NewsUpdate is an automatic aggregator around the global media. All the content are available free on Internet. We have just arranged it in one platform for educational purpose only. In each content, the hyperlink to the primary source is specified. All trademarks belong to their rightful owners, all materials to their authors. If you are the owner of the content and do not want us to publish your materials on our website, please contact us by email – [email protected]. The content will be deleted within 24 hours.
10R91mobilescombest technology newsIndiainfinix smart 6iQoo Z6 Pro 5Glaunchedlist

Ukraine War Puts Spy Satellites for Hire in the Spotlight