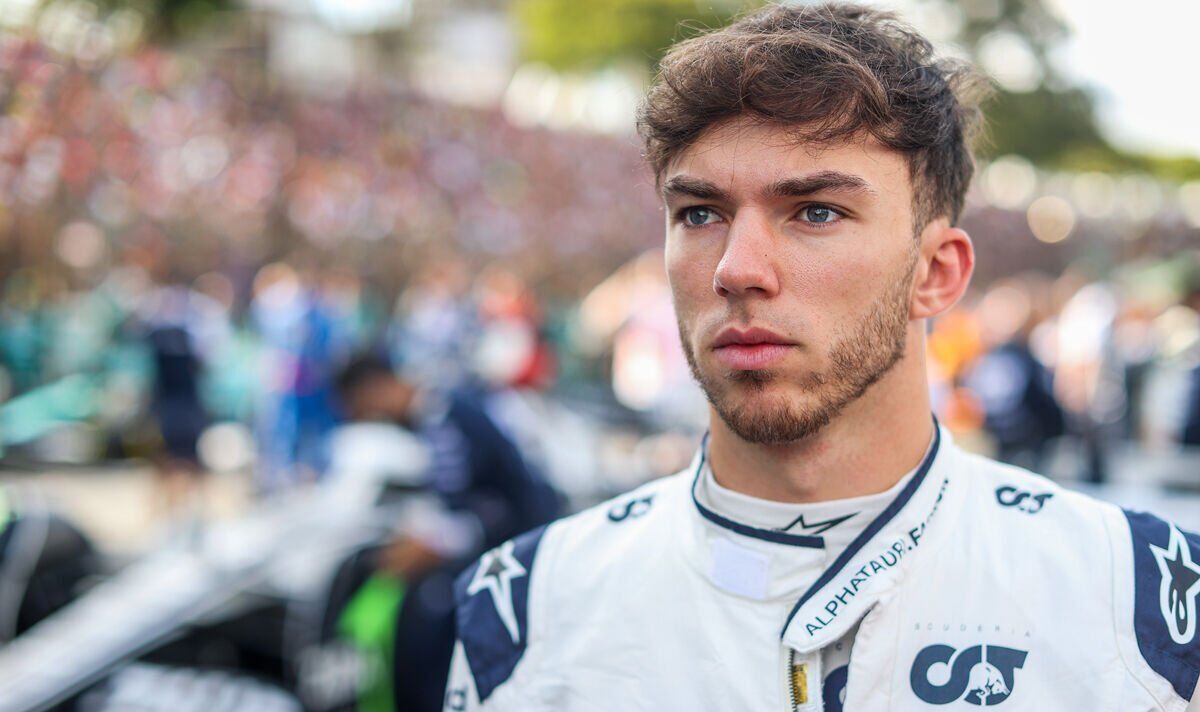 Pierre Gasly could be banned from F1 race after FIA investigation

Pierre Gasly almost moved closer to facing a one race ban as he was summoned to the stewards after F1’s Brazilian Grand Prix sprint race. The Frenchman and AlphaTauri representatives were called into race control for “driving unnecessarily slow during reconnaissance laps”

However, Gasly already sits on ten penalty points after picking up almost a dozen in the last few races. It means just two more points will result in a ban at an upcoming event.

The FIA document reads: “The driver and team representative are required to report to the Stewards at 17:45 in relation to the incident below: Reason: Alleged failure to follow the Race Director’s instruction (point 4.1 Race Director’s event notes) and alleged breach of Article 12.2.1.i of the FIA International Sporting Code – driving unnecessarily slowly during reconnaissance laps.”

It was later confirmed Gasly was only issued a warning in Sao Paulo and will not be hit with more penalty points. Before the decision was announced, Sky Sports host David Croft revealed the jeopardy around the situation.

He said: “If he’s found guilty of driving too slowly, chances are that whatever punishment comes his way will be accompanied by a penalty point or two. I don’t think it will be any more than two. It might just be one. But Pierre Gasly, if he has gone too slowly is walking a very thin tightrope with the FIA and the stewards at the moment.”

Gasly picked up another penalty point after being deemed to have forced Lance Stroll off the track in Mexico. The points will sit on his record until the Emilia Romagna Grand Prix next May meaning he could be suspended from one of his first races with his new Alpine team.

Gasly vented his frustration at the FIA ahead of the weekend in Thursday’s press conference after claiming he had not been a dangerous driver. He admitted he was set to hold talks with the FIA in a bid to avoid being hit with a race suspension.

He explained: “I’m not going to lie, it’s a very unpleasant situation and quite delicate, in some ways also a bit embarrassing to be standing in a position where I could be banned for a race. After the season that I have done, I don’t really feel like I have been particularly dangerous over the last 12 months. That would definitely be a harsh penalty.

Denial of responsibility! NewsUpdate is an automatic aggregator around the global media. All the content are available free on Internet. We have just arranged it in one platform for educational purpose only. In each content, the hyperlink to the primary source is specified. All trademarks belong to their rightful owners, all materials to their authors. If you are the owner of the content and do not want us to publish your materials on our website, please contact us by email – [email protected]. The content will be deleted within 24 hours.
Bannedbest sports newsFIAGaslyinvestigationnews update sportsnewsupdatePierre

iCloud on Windows showing random photos and videos from…