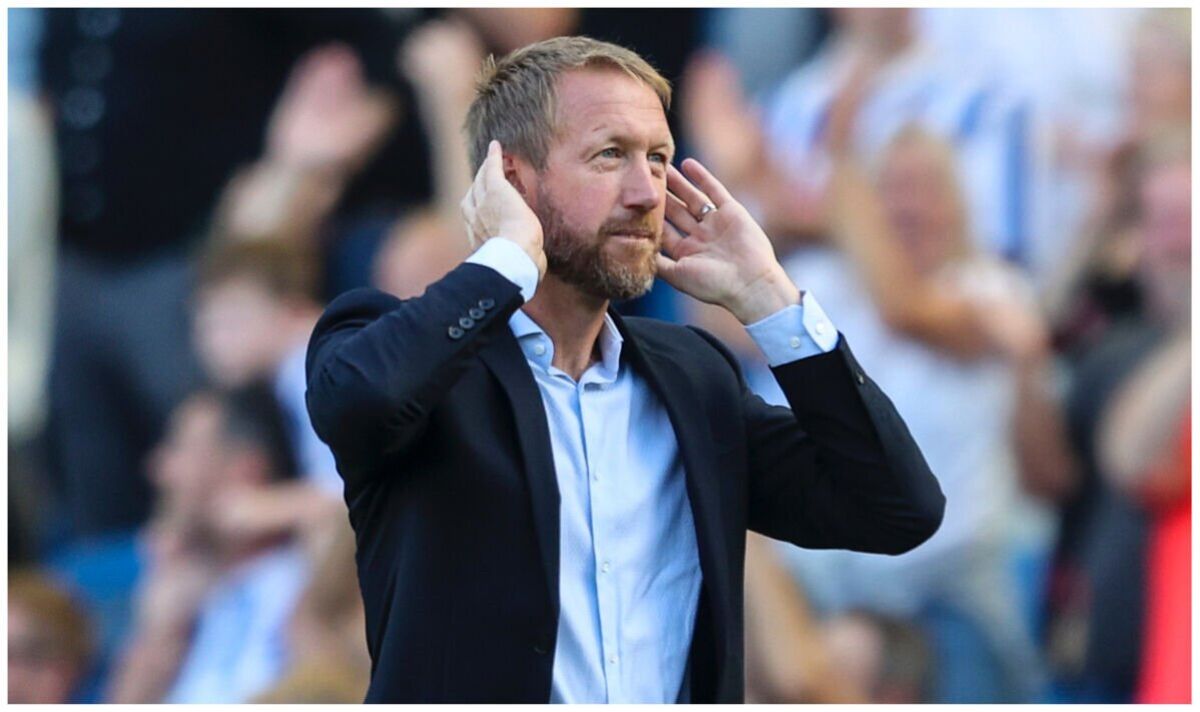 Chelsea co-owner Todd Boehly will hope that Graham Potter can help several young players after appointing the former Brighton head coach as the new Blues boss. Potter had a reputation for excellent player development with the Seagulls and could help a couple of Chelsea stars reach their potential.

It has been an incredible few days at Stamford Bridge. Chelsea were beaten by Dinamo Zagreb in their Champions League group stage opener. Head coach Thomas Tuchel returned to the club’s Cobham training ground the next morning to be surprisingly dismissed by Boehly.

Potter, appointed as boss on Thursday night, has been given a wide brief with the West Londoners. One of his tasks will be bridging the gap between the young players and the first team.

Tuchel, for all his success at Stamford Bridge, did not award enough opportunities to young players. It is difficult to name a single player at Stamford Bridge who was on the fringes of the senior squad under previous boss Frank Lampard and became a key player under the German.

Express Sport looks at four youngsters who could flourish under Potter.

Chelsea spent £20m on prising teenage talent Carney Chukwuemeka away from Aston Villa during the summer. The 18-year-old had just won the U19 European Championship with England and was being handed first-team opportunities by Steven Gerrard.

Chukwuemeka is an energetic, box-to-box midfielder. N’Golo Kante, Jorginho and Mateo Kovacic are all ageing and Chelsea will need to replace them in the coming years. They need not spend a huge fee on replacements, because they have the talented Chukwuemeka in their ranks.

The same applies to academy graduate Conor Gallagher. Potter already knows about the 22-year-old’s talent having had him on loan from Chelsea when he was Swansea manager.

Gallagher also played a key role for Crystal Palace in fixtures against Brighton last term. He won a penalty in the clash at Selhurst Park before scoring a wonderful goal at the Amex Stadium – with both matches finishing in 1-1 draws.

The Epsom-born boyhood Chelsea fan has had a difficult start to his senior career in West London. He has been poor and has been publicly criticised by Tuchel on a couple of occasions, especially after a silly red card saw him sent off in the 2-1 win over Leicester.

Given the No 18 shirt at the start of the season, it felt as though Armando Broja would be given serious opportunities in the Chelsea first team. However, it has not quite happened for the man who impressed so much on loan at Southampton last term.

Broja’s five appearances this campaign have amounted to just 100 minutes. The Albania international might have rolled his eyes when he saw Pierre-Emerick Aubameyang arrive on deadline day.

But Brighton showed an interest in Broja during the transfer window, suggesting Potter is a fan of the 20-year-old. There is plenty of potential for Broja to be the long-term centre forward at Chelsea.

One of Potter’s great Brighton success stories was the development of defender Ben White. The Seagulls academy graduate returned from a promising loan spell at Leeds and spent a year under Potter, where he flourished into an excellent Premier League defender.

Arsenal spent £50m on White in the summer of 2021. £70m recruit Wesley Fofana will hope that Potter can have a similar effect on him at Chelsea.

Fofana is only of the most highly-rated centre-backs in the top-flight. Potter could help the 21-year-old make the jump into the France senior squad.

Denial of responsibility! NewsUpdate is an automatic aggregator around the global media. All the content are available free on Internet. We have just arranged it in one platform for educational purpose only. In each content, the hyperlink to the primary source is specified. All trademarks belong to their rightful owners, all materials to their authors. If you are the owner of the content and do not want us to publish your materials on our website, please contact us by email – [email protected]. The content will be deleted within 24 hours.
best sports newschelseajoiningnews update sportsnewsupdatePotterreplacesports news

How To Use Active Noise Cancellation On Your Apple AirPods…