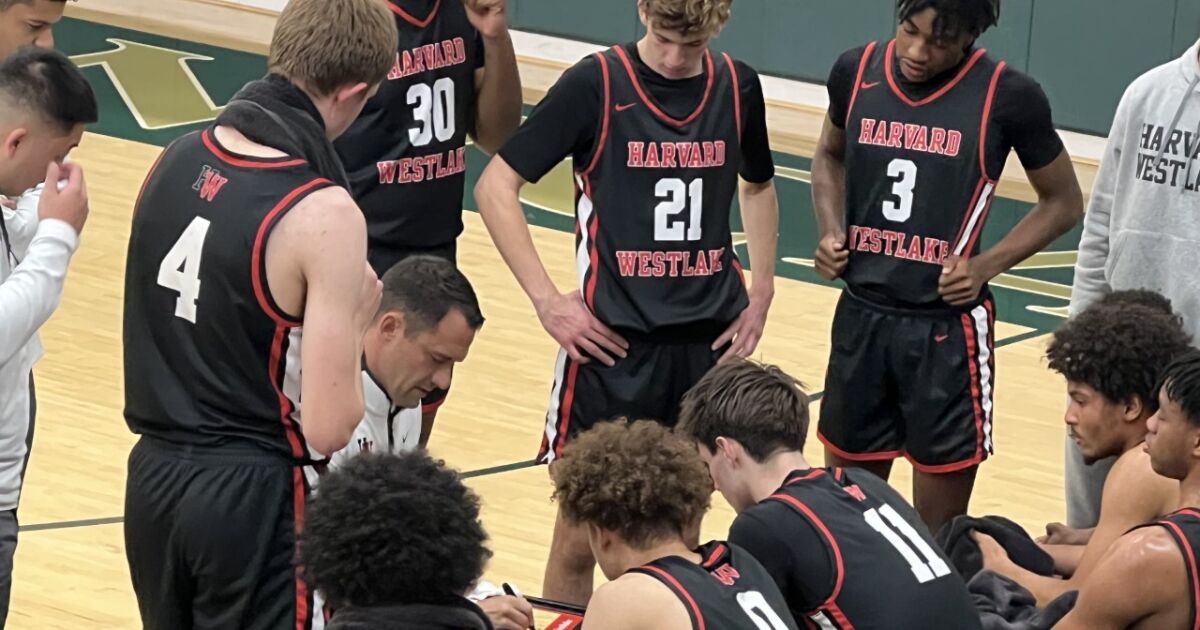 Harvard-Westlake, a team expected to challenge Corona Centennial for Open Division supremacy in basketball this season, was treated to a challenge in its first game no one wants to face — a zone defense from Venice.

It took a little time to adjust. The Wolverines were throwing up too many threes. Late in the second quarter, with the inside game of Jacob Huggins and the scoring of Trent Perry, they began to pull away. When the final buzzer sounded, they had a 72-35 victory over Venice in the St. Monica tournament.

Huggins and Perry each finished with 15 points. Brady Dunlap didn’t play in the second half after limping off with an ankle injury.

“It was definitely a different look,” Perry said.

Venice made it to the Division III state finals last season in Sacramento and should be a solid team in a wide open City Section with returning All-City player Tyler Hunt, who scored 15 points until fouling out.

The Wolverines got lots of playing time for two freshmen, 6-foot-8 Dominique Bentho and 6-3 Amir Jones. Both will be contributors.

Orange Lutheran 88, Arlington 52: Cannon Potter, David Manea and Zion Paleo all had 15 points for the Lancers.

Granada Hills 72, Moorpark 56: Noah Ramirez had 19 points for the Highlanders.

Denial of responsibility! NewsUpdate is an automatic aggregator around the global media. All the content are available free on Internet. We have just arranged it in one platform for educational purpose only. In each content, the hyperlink to the primary source is specified. All trademarks belong to their rightful owners, all materials to their authors. If you are the owner of the content and do not want us to publish your materials on our website, please contact us by email – [email protected]. The content will be deleted within 24 hours.
Basketballbest sports newsHarvardWestlakenews update sportsnewsupdatepreprollsRoundup

Liverpool scouts may be watching five players at World Cup