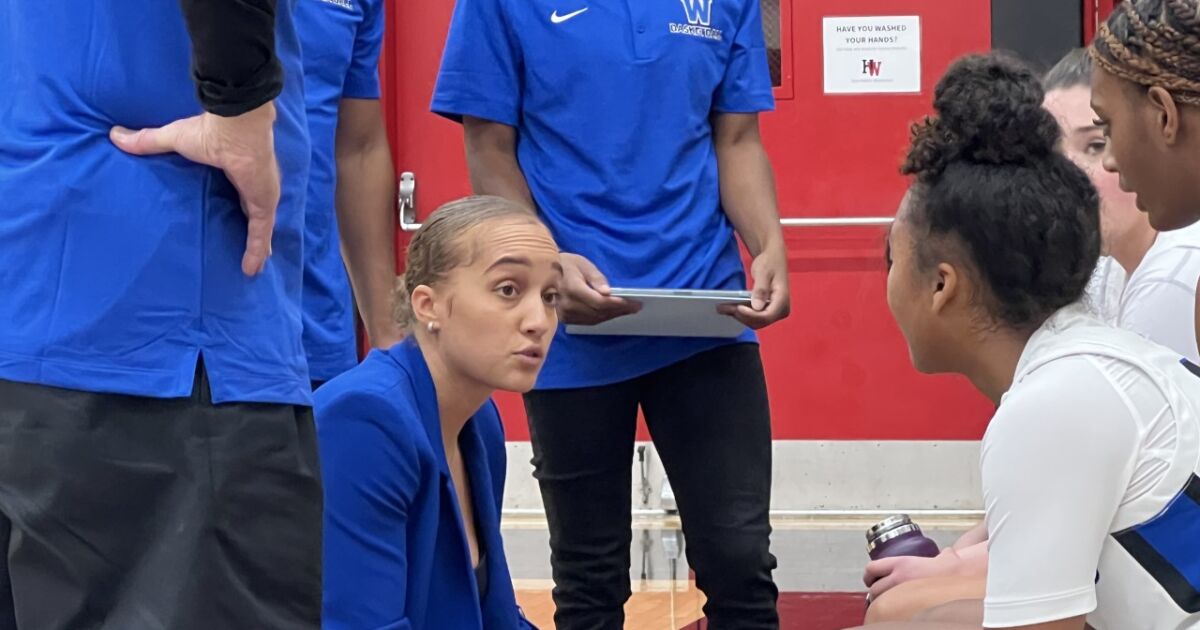 Jerica Williams sure doesn’t mind being asked to replace legends. She was coach at Detroit Country Day last season, taking over for a legendary coach and now she’s at Windward, replacing Vanessa Nygaard, who went to coach in the WNBA.

On Wednesday night in her debut at Harvard-Westlake, all Williams had to do was face her former boss, Melissa Hearlihy, who has won more than 800 girls’ basketball games, second in state history. Down by eight points in the third quarter, Windward rallied behind Skye Belker to pull out a 57-48 victory in the Harvard-Westlake Invitational tournament.

Belker finished with 21 points. Laurel Hines hit the big shot of the night, a three-pointer with 2:08 left to break a 48-48 tie.

“Their defense was solid,” Williams said of Harvard-Westlake, where she worked as an assistant coach. “They were playing harder than us, then we started rebounding.”

Birmingham 65, Camarillo 55: DeDee Berry had 16 points and Lili Martinez 13 for the Patriots.

Newbury Park 66, Viewpoint 43: Cooper Lucas had 22 points and Charlie Muir 16 for the 3-0 Panthers. Kyle Sardo had 21 points for Viewpoint.

Simi Valley 74, Crescenta Valley 64: Ryder Mjoen and Justin Rener each had 22 points and Caleb Peters added 18 points and nine rebounds for the Pioneers.

Denial of responsibility! NewsUpdate is an automatic aggregator around the global media. All the content are available free on Internet. We have just arranged it in one platform for educational purpose only. In each content, the hyperlink to the primary source is specified. All trademarks belong to their rightful owners, all materials to their authors. If you are the owner of the content and do not want us to publish your materials on our website, please contact us by email – [email protected]. The content will be deleted within 24 hours.
Basketballbest sports newsCoachdebutEndsJericanews update sportsnewsupdate