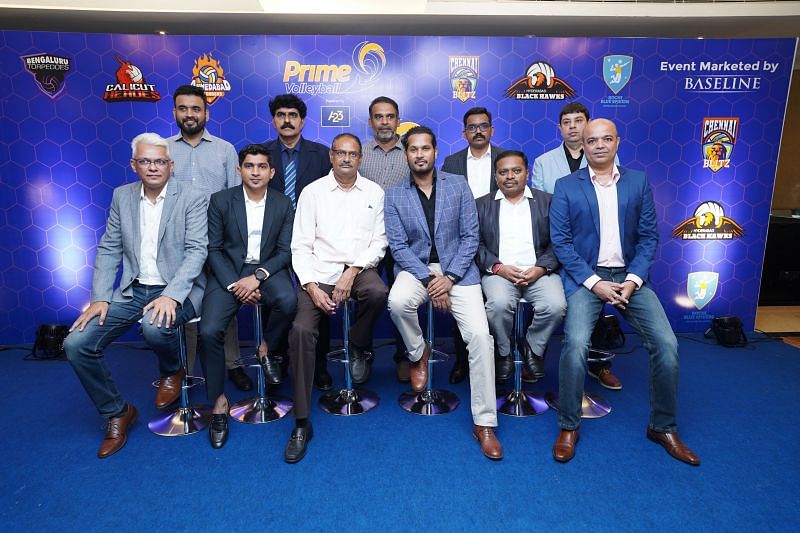 Prime Volleyball League might be played in Kerala only, player auction in December: Joy Bhattacharya

The Prime Volleyball League, India’s top volleyball league, returns to action after a two-year hiatus. The tournament will herald a dramatic shift from the traditional model of franchise-based sports leagues in the country.

In line with top international leagues like the NBA, the Prime Volleyball League will operate with a model in which franchise owners will also be stakeholders in the holding organization of the league.

This comes as a welcome step for the franchises, as it offers more value to team owners and investors, and fosters long-term associations and a stable financial structure.

In an exclusive interview with Sportskeeda, Joy Bhattacharya, the CEO of Prime Volleyball League, said the league might only be played in one city, due to the prevailing COVID-19 pandemic.

“No, we will not have a pan-India league this time,” Bhattacharya said. “We will play at one venue. We would like to play in Kerala, because we believe Kerala is the home of volleyball in India right now. However, it all depends on how things pan out.”

Bhattacharya said although the dates for the league haven’t been shortlisted yet, the player auctions for the same are just around the corner.

“We don’t want to announce the dates for the league until we are very sure that we have the situation (pandemic) right,” he said. “However, we will have the player auctions in December.”

The CEO also added that expansion of the league will happen in due course of time but for now it is only going to be a six-team league.

“In the first few years, I think we have six to eight teams,” he said. “We’re not looking at more than that. And then after three years, let’s see where it goes.”

Focus on lifting the standard of volleyball in India

Joy Bhattacharya said the prime focus of the league will be to lift the standard of volleyball in India and the teams are looking to tap the best available foreign talent to help the sport grow in India.

“We are looking at a very good level of volleyball players,” Bhattacharya explained. “We cannot compare the monetary aspect of what football or other sports have but in volleyball there are a lot of quality players available. We are also going to have the league at a time when a lot of the volleyball players are not playing at that particular time of the season.

“We have always focussed on quality, in the past too,” he added. “We had David Lee, a two-time Olympian and an Olympic gold medallist playing for us. Out of 12 foreign players, we had five Olympians in it. And this was year one when they had no idea what the league was about. Now they all know how well we manage this. So, we will get very good quality volleyball players. And I can tell you, they will add to the quality of the sport in India.”

The CEO also talked about how all the franchises are looking to create feeder systems in the long run to help the sport develop.

“All our teams are looking to create a feeder system in their own areas, whether it’s Hyderabad, Calicut or Kochi, in the long run. However, our first job is to put the league and show people the product and let people see the dream. When people dream of playing volleyball, that’s when it will become popular.”

The Prime Volleyball League will be telecast on the Sony Sports Network across India.

Loading...
Denial of responsibility! NewsUpdate is an automatic aggregator around the global media. All the content are available free on Internet. We have just arranged it in one platform for educational purpose only. In each content, the hyperlink to the primary source is specified. All trademarks belong to their rightful owners, all materials to their authors. If you are the owner of the content and do not want us to publish your materials on our website, please contact us by email – [email protected]. The content will be deleted within 24 hours.
Loading...
Ahmedabad Defendersauctionbest sports newsBhattacharyaBlack Hawks Hyderabadcalicut heroesDecemberexclusive