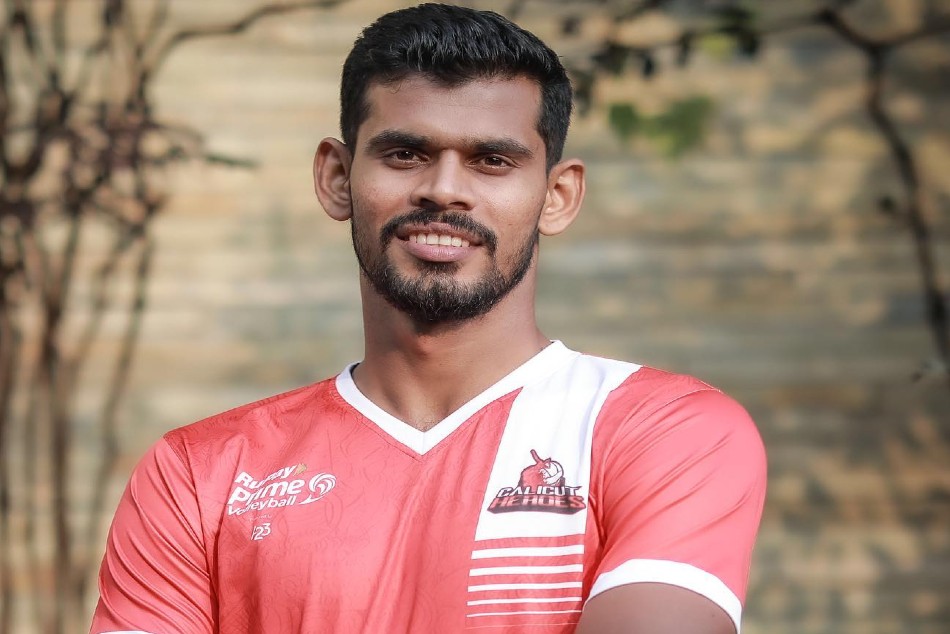 “The Prime Volleyball League will definitely help in unearthing many talented volleyball players in India. I feel the tournament will change the volleyball circuit in India. The league will build a fan base for volleyball in our country which is the most important thing for the growth of any sport which will also help the players financially,” said Vinith.

The 29-year-old from Kottaikadu, Tamil Nadu further added that he is eagerly looking forward to taking the court with his Calicut Heroes teammates in the first season of the RuPay Prime Volleyball League powered by A23, which begins on February 5 in Kochi.

“The passion for volleyball in Calicut is really high and therefore I am very excited to play for the Calicut Heroes in PVL 2022. The Calicut volleyball fans know their sport and are very supportive not just towards the sport but also the team and us players that’s why I am always happy to play any tournament in Calicut,” he added further.

Coming from a farmer’s family, Jerome has had to work tremendously hard to build a career in volleyball. When asked about his journey in the sport, he said, “I only started playing volleyball in my college days, I didn’t play the sport while in my school at all. I started playing the sport properly when I went to University at SRM University.

Before joining SRM, I was studying in Jamal Mohamed College in Trichy. A coach in my college motivated me to play volleyball at a high level and he also pushed me to join SRM University in 2011, where I also did my Bachelor of Business Administration. I learned all the techniques of volleyball properly at my university.”

The Universal player spoke about his entry into the Indian team as well, “I played for SRM in Inter-University competitions and then went on to play for Tamil Nadu in the Senior Nationals in 2013 where we won the National Championships. Thereafter, I joined Bharat Petroleum Corporation Limited in Kochi in 2014 and debuted for India at the Asian Games in 2014.”

Jerome further said that he managed to succeed in his career thanks to his hard work and determination. “I have dealt with a lot of injuries throughout my career. However, I have overcome all the hurdles in my life through hard work. Wherever I have gone, I have always tried to put in the hard yards and be the number one player,” he signed off.

Denial of responsibility! NewsUpdate is an automatic aggregator around the global media. All the content are available free on Internet. We have just arranged it in one platform for educational purpose only. In each content, the hyperlink to the primary source is specified. All trademarks belong to their rightful owners, all materials to their authors. If you are the owner of the content and do not want us to publish your materials on our website, please contact us by email – [email protected]. The content will be deleted within 24 hours.
Basebest sports newscaptainFangrowIndiaJeromeLeague

Check Out These Deals on Popular Premium Gaming Keyboard and…