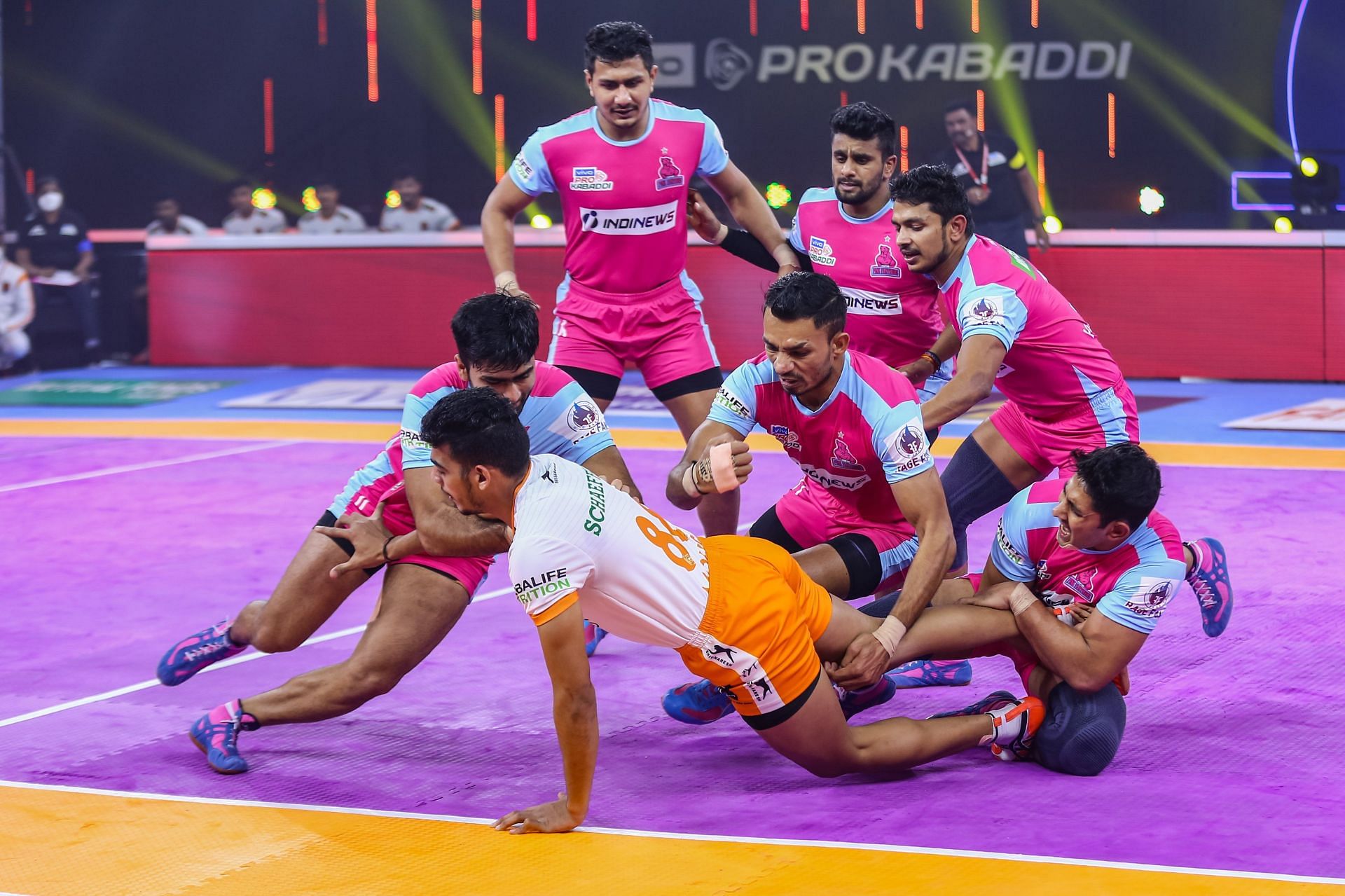 Two of the most exciting teams in the ongoing season of the Pro Kabaddi League, Jaipur Pink Panthers and Dabang Delhi, will square off on Monday, January 10. While Delhi are sitting pretty at the top of the table, Jaipur have underperformed so far and are in the seventh position.

Both teams have a superstar raider – Naveen Kumar for Dabang Delhi and Arjun Deshwal for Jaipur Pink Panthers. Both players will again be key for their teams as they come up against some very capable defenders.

Here, we will look at three key player battles that will determine the outcome of the contest on Monday.

The “Naveen Express” has been running unabated for quite some time this season. Putting hurdles in his way and breaking his momentum would be a key part of the Pink Panthers’ strategy. The key role in executing this strategy will be played by their captain Sandeep Dhull.

Dhull is a very astute and strong defender who knows when to pull the trigger for a tackle. He had success in the last match, against Puneri Paltan, where he picked up four points. As captain, he would also be seen as the one to set an example.

Unless Sandeep, along with his colleagues, manages to stop Naveen’s onslaught, the advantage would firmly lie with Delhi.

Arjun Deshwal is on a roll in the eighth season of Pro Kabaddi. He seems unable to score less than 10 points in a match. Undoubtedly, he is the backbone of his team. He too, like his counterpart Naveen on the other side, will face a major threat from the captain of the opposing team.

Joginder Narwal may not have had the most productive match against UP Yoddha. He also earned a green card to compound his troubles. But the victory that the team earned under his watch will bolster his confidence.

He will have to be at his best against Deshwal. Like most successful raiders, the Pink Panther’s main scorer can also pinpoint weak links in the opposition and target him. Joginder will have to make sure that he doesn’t allow his opponent that opportunity and pushes him to the limit.

This contest may not be as prominent as the two listed above but would be equally important. After Naveen, Vijay was Delhi’s most successful raider in the last match. If the second line of offense for the Dabang side can be neutralized, that would give the Pink Panthers a massive edge.

Amit is among the best defenders on the Jaipur team. He would have to be a bit more adventurous than his captain. Though he managed just a solitary point in the last match, his quality as a defender can still come to the fore and foil the opponent’s plan.

Q. Who will score the most points in this match?

Denial of responsibility! NewsUpdate is an automatic aggregator around the global media. All the content are available free on Internet. We have just arranged it in one platform for educational purpose only. In each content, the hyperlink to the primary source is specified. All trademarks belong to their rightful owners, all materials to their authors. If you are the owner of the content and do not want us to publish your materials on our website, please contact us by email – [email protected]. The content will be deleted within 24 hours.
Arjun Deshwalbattlesbest sports newsDabangDabang DelhiDelhijaipurJaipur Pink Panthers

Arsenal dumped out of FA Cup by Nottingham Forest

During LSG vs KKR run-feast, Mohsin Khan serves a bowling…