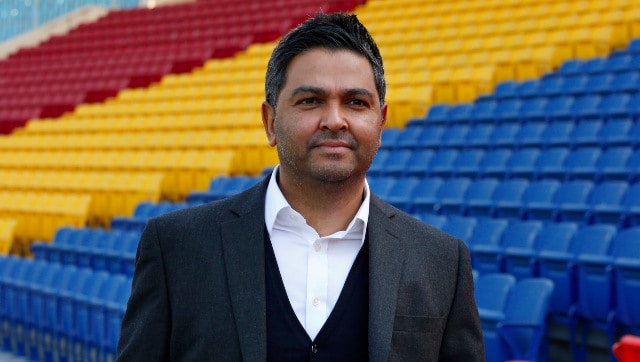 Islamabad: Pakistan organisers view the remainder of Pakistan Super League (PSL) being staged in the United Arab Emirates as a perfect rehearsal for the International Cricket Council in case the Twenty20 World Cup has to be moved out of India because of the COVID-19 pandemic.

Pakistan Cricket Board chief executive Wasim Khan said the PSL is an ideal precursor in terms of logistics and planning.

The ICC have already lined up the United Arab Emirates as the backup venue for the Twenty20 World Cup if India can’t stage it on home soil starting in mid-October.

The BCCI have asked for a month to weigh their options before letting cricket’s international governing body know whether it is viable to host the event in India in less than five months.

The lucrative Indian Premier League had to be suspended in May when players inside the so-called bio-secure bubble started testing positive for COVID-19 and infection rates soared in parts of the country.

The Board of Control for Cricket in India plans to finish off the IPL in the UAE prior to the Twenty20 World Cup, and recently sent top officials to the Emirates to make preparations.

The Pakistan Cricket Board had to overcome logistical and operational obstacles to get the Pakistan Super League’s remaining 20 matches going. The tournament has been relocated to Abu Dhabi and will restart from 9 June. The final is scheduled for 24 June before the Pakistan squad flies to England for limited-overs series.

The PSL was postponed in March after several players and support staff were tested positive for the coronavirus.

The tournament was scheduled to resume on 5 June but some operation hurdles, including strict quarantines rules in Abu Dhabi and a delay in securing visas for its production crew, mostly flown from India, pushed it back another few days.

But Khan said all those obstacles were overcome after the PCB worked closely with the Emirates Cricket Board, and it could help ICC to plan the Twenty20 World Cup in the UAE.

“The logistical challenges that we found will be similar challenges, bringing more countries over from different parts of the world for the World Cup in the UAE,” Khan told the Associated Press. The PSL “is a perfect precursor leading into the ICC decision, which is strongly considering UAE as the venue,” for the T20 World Cup.

The top PCB official said most of the ICC member nations would be comfortable playing the event in the UAE.

“Ultimately it’s a decision for the ICC, but right now, if you ask me, I would say that it’s likely to probably take place in the UAE,” Khan said.

Cricket officials are hopeful the coronavirus situation will improve in Pakistan in coming months ahead of scheduled tours by New Zealand, England and West Indies. Australia are also due to tour Pakistan next February for the first time in 22 years.

“Certainly in four or five months’ time, we expect everything to be better in Pakistan from a COVID perspective,” Khan said. “We’ve got a huge amount of cricket coming up … and all the countries are relishing the opportunity of coming over.”

“Security is no longer the number one issue that people are asking about,” Khan said. “When South Africa were due to come and Zimbabwe, the question they were asking about was the (coronavirus) protocols — no longer about security.”

While Pakistan successfully hosted South Africa and Zimbabwe during the pandemic, it couldn’t maintain the impenetrable bio-secure bubble in Karachi during the PSL in March.

Khan said a PCB investigation later found “some holes or gaps that were created within the implementation of the actual bio-security that we’d created.”

But he added that similar breaches were found in other international events, including the Australian Open tennis tournament and English Premier League.

“This is a global phenomenon and cricket is not exempt from that,” Khan said.

The Pakistan board have hired an international firm with experience in the IPL and with the English Cricket Board to manage the bio-secure bubble for the remainder of the PSL.

“We know we’re in safe hands with them,” he said. “We are doing everything we can from a bio-bubble perspective, both at the ground and also at the hotels … and make sure that we make this as watertight as possible.”

Denial of responsibility! NewsUpdate is an automatic aggregator around the global media. All the content are available free on Internet. We have just arranged it in one platform for educational purpose only. In each content, the hyperlink to the primary source is specified. All trademarks belong to their rightful owners, all materials to their authors. If you are the owner of the content and do not want us to publish your materials on our website, please contact us by email – [email protected]. The content will be deleted within 24 hours.
Loading...
Loading...
Abubest sports newsCEOCupDhabiFirstcricketFirstpostKhan