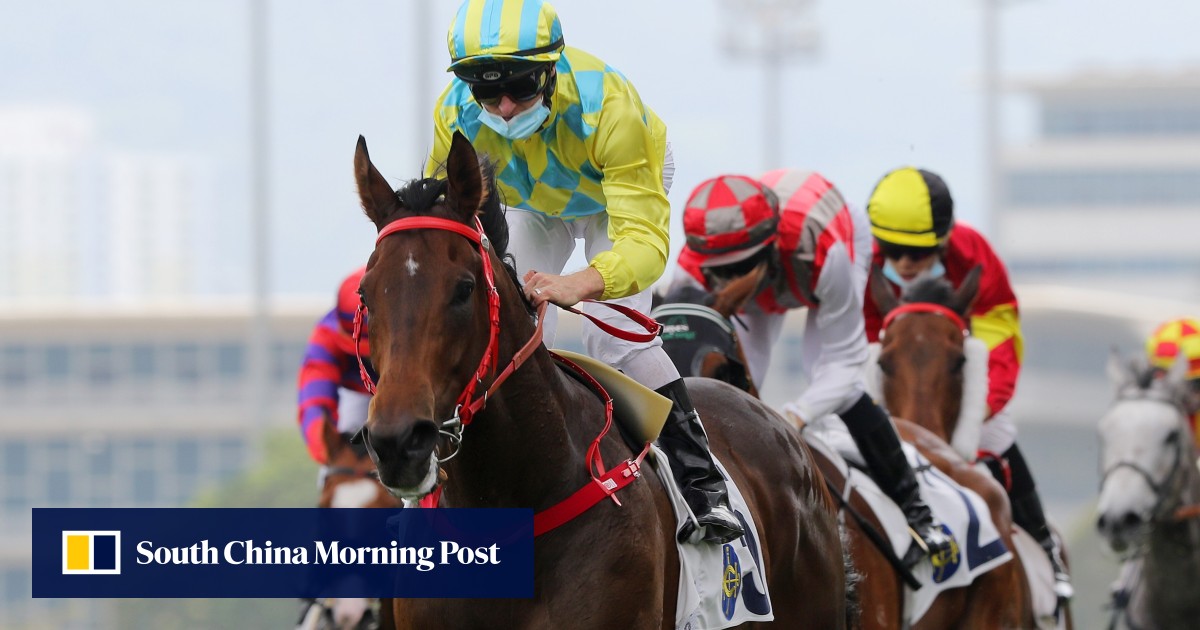 There will be as much as HK$90 million on the line in Sunday’s bumper Triple Trio at Sha Tin and Zac Purton is confident two of his mounts are “ready to win” should things fall their way.

The HK$61 million jackpot, and the biggest estimated dividend since 2012-13, have been the talk of Hong Kong racing circles and beyond and Purton hopes someone cashes in.

“It’s great, it creates a lot of interest and hopefully someone wins it,” he said. “The people I’ve met in the past week, the owners I’ve had dinner with, are all excited for it.”

The reigning champion jockey partners Shinealot in the opening leg, the Class Five Yan Tin Handicap (1,650m) on the all-weather track, but is realistic about what punters can expect from the 26-start maiden.

“Shinealot is yet to win so he’s probably not one to rely on but he can run a good race and hopefully he can finally get that win,” Purton said.

Packing Award finished third over six furlongs last time out and looks set to appreciate the rise in trip, although gate 12 could cause headaches for his jockey.

“Packing Award has been a bit stiff, he’s ready to win but he’s drawn a really awkward gate so I need a little bit of luck,” Purton said.

Piano Solo is an improving horse who tries the all-weather surface for the first time but will also need some luck after being hit with barrier 13.

“He’s another one who is ready to win but he just needs the right circumstances,” the Australian said. “He’s drawn a bad gate as well but I think the dirt will suit him and hopefully he can finally get a win on the board because he’s becoming a little bit frustrating.”

Elsewhere on Sunday’s card, Purton partners a pair of Danny Shum Chap-shing-trained runners whose best days look to be ahead of them.

Up-and-coming speedster Winner Method steps up to 1,200m for the Class Three Lai On Handicap three and a half weeks after suffering his first defeat at start four.

“I think he showed two starts ago [when winning in March] he was just starting to lose his pace a little bit,” Purton said. “He was lucky to get away with that win and then last time he just got found out, so it’s the right time to go up in distance.”

Purton climbs aboard the ultra-consistent Tourbillon Diamond for the Class Two Chung On Handicap (1,600m), who was second at a mile last start after a fast-finishing seventh from a wide draw in the Hong Kong Derby.

Tourbillon Diamond meets Savaquin five pounds better off after being run down late by the John Size-trained galloper in his last outing on Champions Day and has drawn gate two as opposed to 10 on that occasion.

“He was [beaten by a lighter-weighted horse] to a certain degree but he also drew wide that day and I had to roll forward to get across,” Purton said.

“He went a little bit quick through the first part of the race and then Derek [Leung Ka-chun aboard leader Solar Wai Wai] backed the speed off too much and allowed those horses that were well back in the field to get within three lengths of us and then with the lighter weight [Savaquin] was able to run me down.

“But it was a really good effort after having a bit of a let-up, he’s been working well since and he’s drawn a good gate so hopefully he can atone for that.”

Loading...
Denial of responsibility! NewsUpdate is an automatic aggregator around the global media. All the content are available free on Internet. We have just arranged it in one platform for educational purpose only. In each content, the hyperlink to the primary source is specified. All trademarks belong to their rightful owners, all materials to their authors. If you are the owner of the content and do not want us to publish your materials on our website, please contact us by email – [email protected]. The content will be deleted within 24 hours.
Loading...
assessesbest sports newsChancesHK90millionnews update sportsnewsupdatePurton