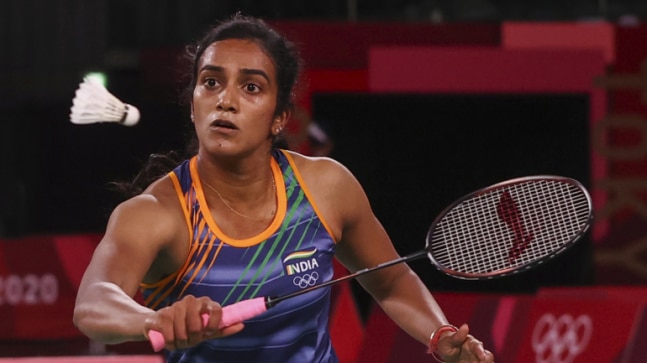 PV Sindhu went into the match with a superior head to head record against Akane Yamaguchi but hardly had any reply for the Japanese as she fell to a 13-21 9-21 defeat in 32 minutes.

Sindhu trailed at the start of both games. (Reuters Photo)

PV Sindhu fell to a tame straight-game defeat to Japan’s Akane Yamaguchi in the semi-final of the Indonesia Masters on Saturday. The double Olympic medalist had a 12-7 head-to-head lead against Yamaguchi but was no match in Bali as she lost 13-21 9-21 in a match that lasted 32 minutes.

Sindhu had earlier beaten Yamaguchi in both matches the two played against each other this year. The third seed, however, was not at her usual best on Saturday and trailed the Japanese from the start in both games. In the second game, Sindhu had a brief lead before Yamaguchi dominated her rival all throughout to seal the issue in her favour.

Sindhu earlier reached the semi-final after a 21-13, 21-10 win over Turkey’s Neslihan Yigit in 35 minutes in the women’s singles quarter finals. The 26-year-old from Hyderabad, ranked seven, had beaten Yigit last month as well in the Denmark Open.

Yamaguchi will now play Korean fourth seed An Se-Young, who beat Thailand’s Phittayaporn Chaiwan 21-13, 21-9. India’s challenge in the event now rests on Kidambi Srikanth, who will play third seed Anders Antonsen of Denmark in the men’s singles semifinals, later in the day.

Denial of responsibility! NewsUpdate is an automatic aggregator around the global media. All the content are available free on Internet. We have just arranged it in one platform for educational purpose only. In each content, the hyperlink to the primary source is specified. All trademarks belong to their rightful owners, all materials to their authors. If you are the owner of the content and do not want us to publish your materials on our website, please contact us by email – [email protected]. The content will be deleted within 24 hours.
Akanebest sports newsDefeatexitsindonesiaMastersnews update sportsnewsupdate