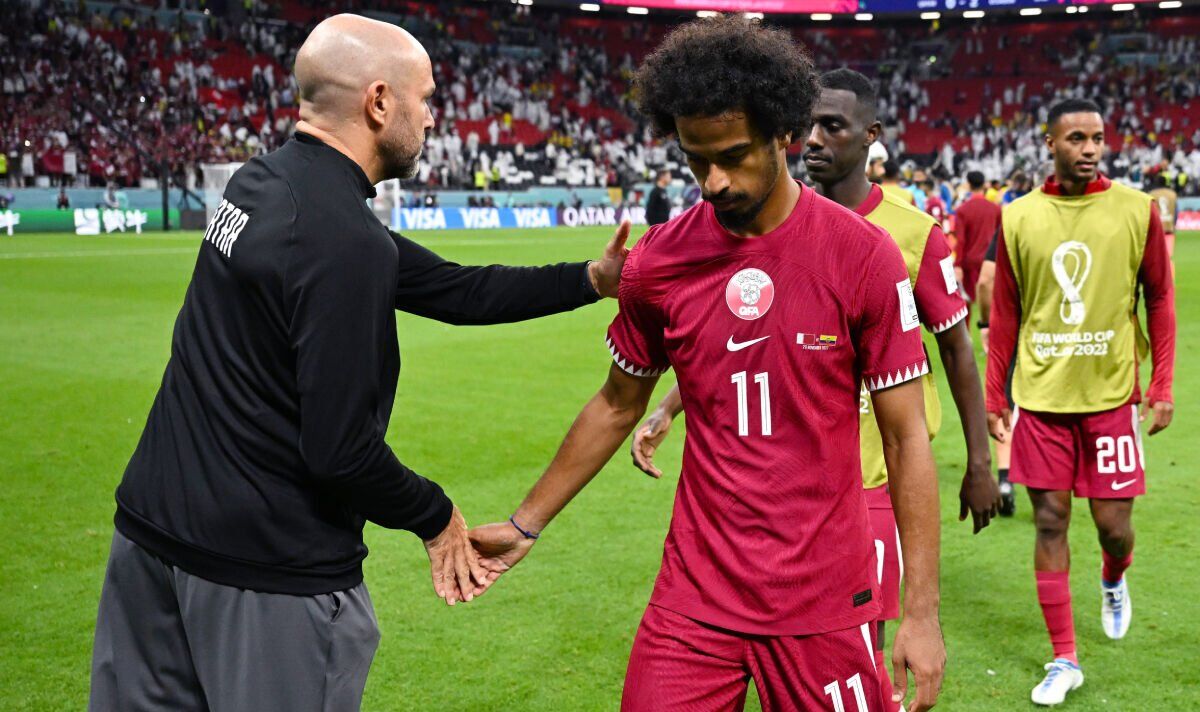 The billion dollar question is no longer what is the World Cup doing in Qatar but what are Qatar doing in the World Cup? It may be possible to buy a World Cup and with it a place alongside the global elite but, inconveniently, football matches themselves are a meritocracy.

However large your natural gas field is, if you defend as if you have never met each other before the game will put you in your place. Five months’ training together in preparation went out of the window as a ragbag performance, riddled with opening night nerves, saw them crash to limp defeat against Ecuador.

Freezing in the desert is not easy but Qatar managed it on Sunday night in becoming the first host nation to lose an opening game at a World Cup. No other host country in the competition’s 92-year history had ever lost the opening game.

Qatar were so monumentally bad before the break that thousands of their fans that had packed out the 60,000-capacity Al Bayt Stadium never bothered returning after the break, the traditional white thobes and black abayas replaced by empty red seats.

The highly-choreographed maroon-clad Qatar ‘ultras’ sang onto the bitter end but they did not have a single shot on target to cheer all game. Maybe Qatar should just stick to the hosting duties.

There was a good deal more energy in the opening ceremony, a high-tempo fusion of Arab and western music, than the team’s performance. It delivered the lofty message of football bridging distances and uniting the world.

Given this World Cup is the most contentious in history, that is the very definition of optimism, but it was a sharp show nonetheless and particularly strong on mascots. All the previous tournaments’ oddballs back to World Cup Willie were on parade plus this edition’s one, La’eeb – a flying white head-dress.

La’eeb has unnerved some with his ghostly appearance but his take-off moment drew a thunderous cheer from all corners of the pristine Al Bayt Stadium. It was a big gig for Morgan Freeman telling the story of football (not soccer) but when you have played God, MC of the World Cup is small beer. Non-alcoholic obviously.

The booze ban at the stadium, erected like a giant bedouin tent 30 miles into the desert north of Doha, did not seem to be an issue for the Ecuador fans who thoroughly enjoyed their evening. The only fly in their ointment was the robot offside call via VAR which ruled out Enner Valencia’s first ‘goal’ after a comedy of errors opener in the Qatar defence.

The image flashed up on the big screens inside the stadium to explain the decision 10 minutes after the incident did little to convince the yellow wall. No matter, it was their night regardless.

Denial of responsibility! NewsUpdate is an automatic aggregator around the global media. All the content are available free on Internet. We have just arranged it in one platform for educational purpose only. In each content, the hyperlink to the primary source is specified. All trademarks belong to their rightful owners, all materials to their authors. If you are the owner of the content and do not want us to publish your materials on our website, please contact us by email – [email protected]. The content will be deleted within 24 hours.
best sports newsCuphistoryhostslosenews update sportsnewsupdateopener

This Is Why So Many People Hate Windows 11 – SlashGear