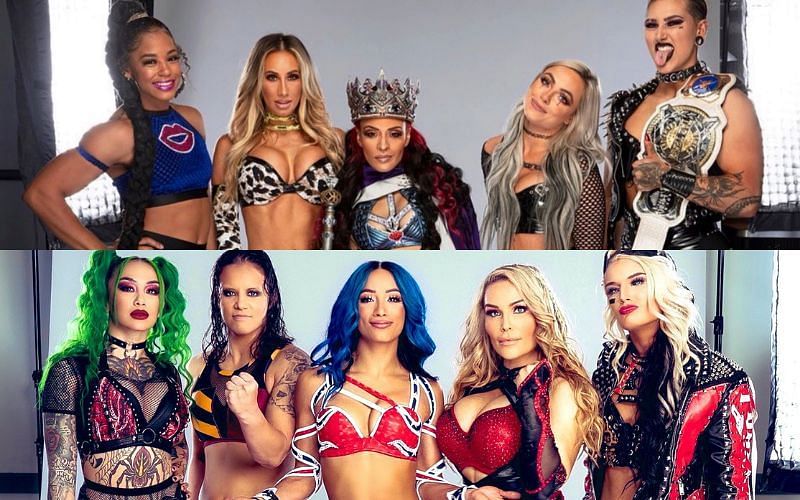 WWE superstar Queen Zelina opened up about her future in the company during a recent interview with Sportskeeda Wrestling. She did not shy away from making it known that she intends to make history in the promotion.

Zelina Vega was released from WWE in 2020, owing to a dispute over superstars using their brand on third-party platforms.

She returned in July 2021, and three months later, she made history by winning the inaugural Queen Crown’s Tournament. She even liked the idea of becoming “Queen Zelina All Belts.”

Vega is now determined to become the first WWE superstar to hold the Queen’s Crown, the RAW Women’s Championship, and the Tag Team Championship simultaneously.

“Well, first I am not done sticking it in everybody’s face,” noted Zelina. “So every day, I am going to be tweeting about how awesome it is to be the Queen and then throwing it in people’s faces. You know the other girls’ faces. It’s fun. So, we are going to start there. Again, making history is a big thing for me. First-ever Queen, don’t know if you knew that or not, first-ever, official.”

You can watch her comments on etching WWE history in the video shared below (1:39):

The winning team 👋🏽👸🏽 #TEAMRAW also, I’m team captain because I’m in the middle.. I don’t make the rules.

The winning team 👋🏽👸🏽 #TEAMRAW also, I’m team captain because I’m in the middle.. I don’t make the rules. https://t.co/0YvOCnHowm

Queen Zelina recently took to Twitter to declare that she is the captain of Team RAW. The group includes three former women’s champions, Rhea Ripley, Bianca Belair, Carmella, and No. 1 contender Liv Morgan. Vega is confident she can lead the red brand to victory against Team SmackDown at the WWE Survivor Series pay-per-view.

The Queen even mocked her opponents, including team captain Sasha Banks. She even said that none of them pose a serious challenge. Zelina Vega feels that her biggest task would be to keep all her team members on the same page during the 5-on-5 Women’s Elimination Match.

This could indeed prove to be a massive challenge for Queen Zelina, who was recently involved in an argument with her RAW teammate and one-half of WWE Women’s Tag Team Champions, Rhea Ripley.

It will be interesting to see how she will use a career-defining opportunity tonight on the show.

Which side do you think will come out on top when Team RAW faces Team Smackdown in the Women’s Survivors Series Match? Share your thoughts in the comments section below.

Denial of responsibility! NewsUpdate is an automatic aggregator around the global media. All the content are available free on Internet. We have just arranged it in one platform for educational purpose only. In each content, the hyperlink to the primary source is specified. All trademarks belong to their rightful owners, all materials to their authors. If you are the owner of the content and do not want us to publish your materials on our website, please contact us by email – [email protected]. The content will be deleted within 24 hours.
best sports newsBoldexclusivehistoryIntentionsNewsnews update sportsnewsupdate