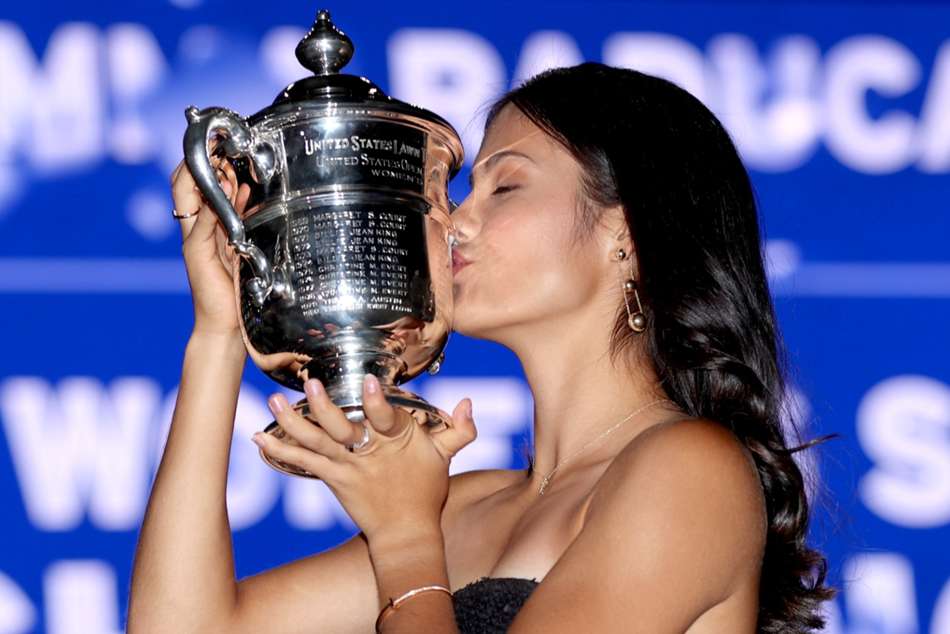 Her triumph meant she became the first qualifier – male or female – in tennis history to win a grand slam final.

US Open: Fairytale final proves tennis is in good hands as Raducanu triumphs

She did not lose a set in 10 matches across qualifying and the main draw, becoming the first player since Serena Williams in 2014 to win the US Open without dropping a single set.

Raducanu – whose first grand slam appearance only came at Wimbledon in June – was ranked 150th in the world before the US Open, but her stunning win in New York has seen her break into the top 30.

Thiem, who missed the men’s tournament with a wrist injury, was in awe of Raducanu’s stunning run at Flushing Meadows and says he can scarcely recall a more impressive breakthrough in the sport.

“There were some other great achievements in the past but with Emma Raducanu, starting in the qualifiers and then playing such great tennis and making this incredible path, it’s definitely, maybe, the greatest breakthrough performance of all time,” he exclusively told Stats Perform.

“It’s an incredible journey if you look at the stats. She didn’t lose one set the whole tournament. She came from qualifying and she didn’t even play one tie-break. That’s simply amazing and something that was probably never witnessed before.

“And also the way she plays, her technique, the way she moves, somehow she brought it up to a new level for the whole game and it was great to see.

“But as well, her opponent, it was so fun to watch her. I was excited for it, watching every single point on TV. And it was great not only for women’s tennis, but for all sports in general.”

Loading...
Denial of responsibility! NewsUpdate is an automatic aggregator around the global media. All the content are available free on Internet. We have just arranged it in one platform for educational purpose only. In each content, the hyperlink to the primary source is specified. All trademarks belong to their rightful owners, all materials to their authors. If you are the owner of the content and do not want us to publish your materials on our website, please contact us by email – [email protected]. The content will be deleted within 24 hours.
Loading...
arguablybest sports newsBreakthroughdeclaresgreatestnews update sportsnewsupdateperformance