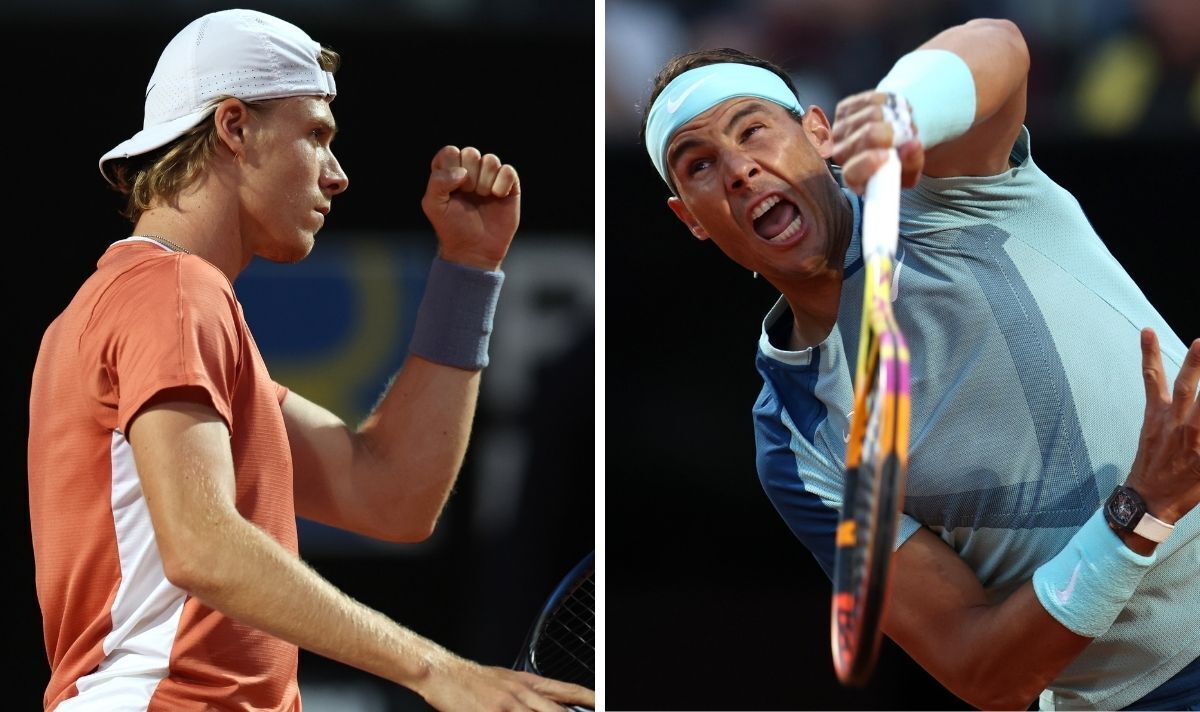 Rafael Nadal appeared to be struggling with his chronic foot injury as he blew a 6-1 lead to lose 1-6 7-5 6-2 to Denis Shapovalov in the Italian Open after two hours and 37 minutes. It was a rematch of their round-of-16 clash in Rome last year, in which the Spaniard saved two match points before winning.

Nadal and Shapovalov were facing off in the Rome Masters round-of-16 for a second consecutive year. The Spaniard had admitted it was a “joke” and a “miracle” for him to defeat the Canadian in last year’s match, having saved two match points en route, but he got off to a much faster start this time around.

Shapovalov was forced to save three break points in his first service game but held on after almost nine minutes. But it was his only game of the opening set as the 10-time champion in Rome let out a loud cry of “vamos” when he broke to lead 3-1, before being forced to fend off a break point to solidify his advantage. The world No 4 broke again to give himself the chance to serve for the set, closing it out 6-1 after 43 minutes.

Shapovalov was then forced to come through another marathon service game to open the second, saving three break points in a 14-minute game, and he then managed to break the Nadal serve for the first time. The 13th seed saved a break point to lead 3-1 as the crowd could be heard chanting “Denis”, while Nadal became frustrated with a couple of fans shouting out when he would go to serve.

The Spaniard managed to break to love and get himself back on serve at 3-4 but it was then his turn to save break points in a lengthy game. The defending champion faced two break points in the following game, sending an overhead smash into the net to gift one to Shapovalov but held on to level things at 4-4 after nine minutes.

Nadal was then forced to save a set point on his serve at 4-5, letting out a huge roar as he held for 5-5 but the Spaniard hit two double-faults to gift Shapovalov another set point at 5-6, with the 23-year-old taking a 76 minute set 7-5. Nadal opened the final set with a break but the Canadian broke straight back to level things at 1-1.

But things started to go wrong for the 10-time champion, who started limping and wincing between points as pundits questioned whether his chronic foot injury – that saw him sidelined for six months last year – was coming back to haunt him. Shapovalov won the last four games of the match to close out a 1-6 7-5 6-2 comeback win over the world No 4, his second win over Nadal and first since he upset the Spaniard as a 18-year-old wildcard in Canada five years ago.

Denial of responsibility! NewsUpdate is an automatic aggregator around the global media. All the content are available free on Internet. We have just arranged it in one platform for educational purpose only. In each content, the hyperlink to the primary source is specified. All trademarks belong to their rightful owners, all materials to their authors. If you are the owner of the content and do not want us to publish your materials on our website, please contact us by email – [email protected]. The content will be deleted within 24 hours.
battlesbest sports newsBlowsDenisinjuryItalianLeadlose

How To Set Up Universal Clip Board Between Android And PC

How to Stay Ahead of Online Casino Trends