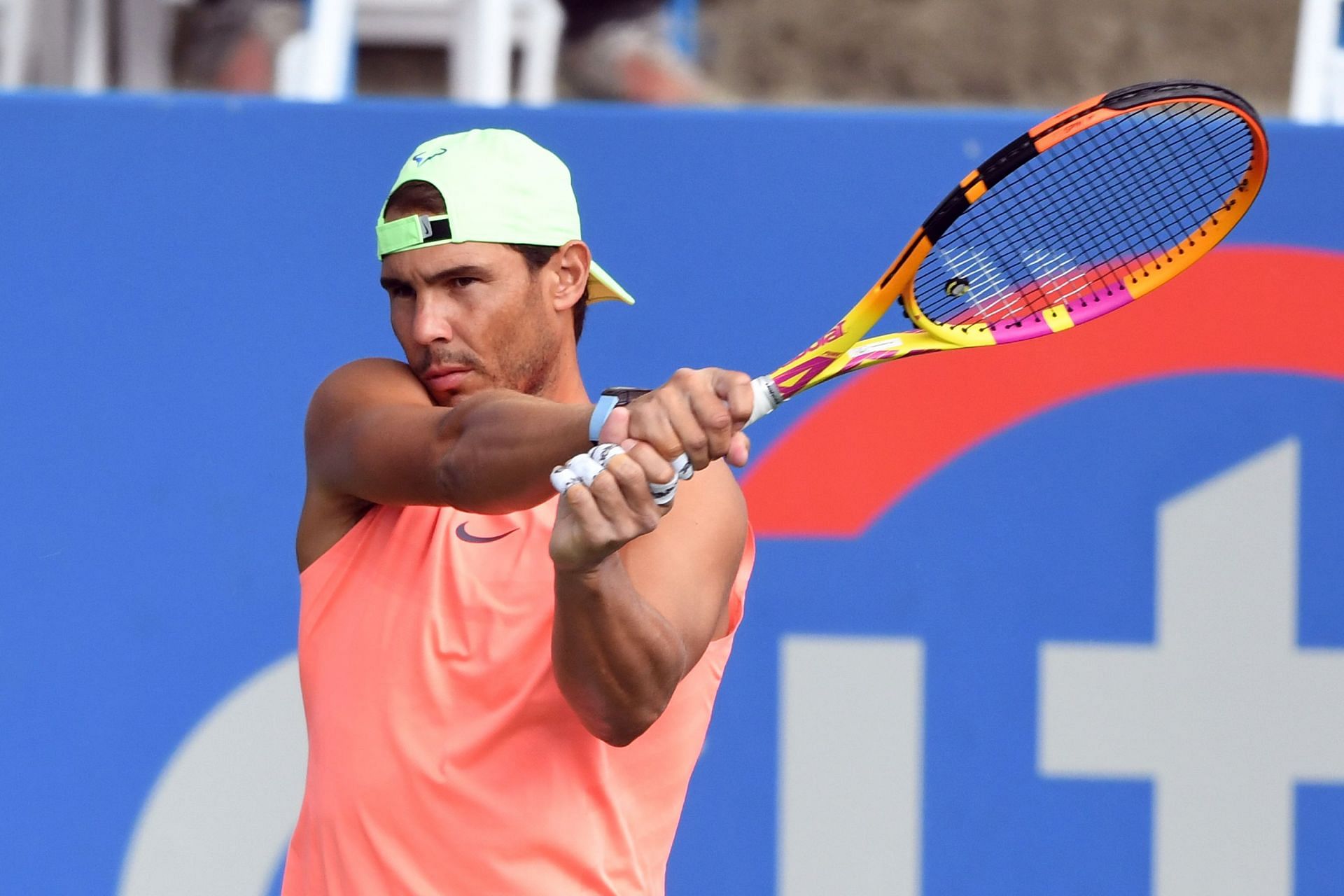 Rafael Nadal’s comeback has suffered yet another setback as he has tested positive for COVID-19. He was in Abu Dhabi last week for the 2021 Mubadala World Tennis Championship, which concluded on Saturday.

It was the Spaniard’s first competition following his four-month injury layoff. He played against Andy Murray in the semifinals and Denis Shapovalov in the third place play-off, both of which he lost.

On his return to Spain, Nadal’s PCR test showed a positive result.

The 20-time Grand Slam champion took to social media on Monday to inform his fans about it.

“Hi all,” wrote Nadal. “I wanted to announce that on my return home after playing the Abu Dhabi tournament, I have tested positive for COVID in the PCR test that was performed on me when I arrived in Spain.”

Nadal said that his earlier tests in Kuwait and Abu Dhabi during his stay in the Middle East were all negative, with the latest reports coming on Saturday.

“Both in Kuwait and Abu Dhabi we passed controls every two days and all were negative, the last being on Friday and having the results on Saturday,” the Spaniard wrote.

Nadal further revealed that he is currently displaying some mild symptoms but is hopeful of a recovery in due course of time. He has conveyed this news to those who were in close contact with him recently.

“I am having some unpleasant moments but I hope that I will improve little by little,” he wrote. “I am now homebound and have reported the result to those who have been in contact with me.”

Because of this unexpected turn of events, Nadal will have to re-evaluate his schedule for the future and will make an announcement after considering all the options. He thanked everyone for their support and understanding.

“As a consequence of the situation, I have to have total flexibility with my calendar and I will analyze my options depending on my evolution,” the World No. 6 wrote. “I will keep you informed of any decisions about my future tournaments! Thank you all in advance for your support and understanding.”

What does this mean for Rafael Nadal’s Australian Open chances?

Nadal said last week that he wasn’t in a position to guarantee his participation at the upcoming Australian Open. His plan was to discuss with his team and see how he felt physically since he competed after a long time.

“I need to talk to my team and make a decision,” he said. “I cannot 100% guarantee my participation in the Australian Open. My plan is to go there and do my best. That is my goal and that is the idea, but I have to see how my body feels after this pair of days. I have some time to make this decision. We will make it as the days go by.”

With Nadal testing positive for COVID-19, this adds a new level of uncertainty to his plans, as he was already on the fence about competing in Australia. His chances of making the trip Down Under have thus reduced even further.

The 35-year-old has just recovered from a persistent foot injury, and if he pushes his body immediately after recovering from COVID-19, it could be too much of a risk. The Spaniard would be right to prioritize his health first and delay his comeback to a later date.

Denial of responsibility! NewsUpdate is an automatic aggregator around the global media. All the content are available free on Internet. We have just arranged it in one platform for educational purpose only. In each content, the hyperlink to the primary source is specified. All trademarks belong to their rightful owners, all materials to their authors. If you are the owner of the content and do not want us to publish your materials on our website, please contact us by email – [email protected]. The content will be deleted within 24 hours.
best sports newsCOVID19NadalNewsnews update sportsnewsupdatepositiveRafael

Panthers’ Matt Rhule calls out Cam Newton for fourth-down pass in loss to Bills: ‘It shouldn’t be thrown’