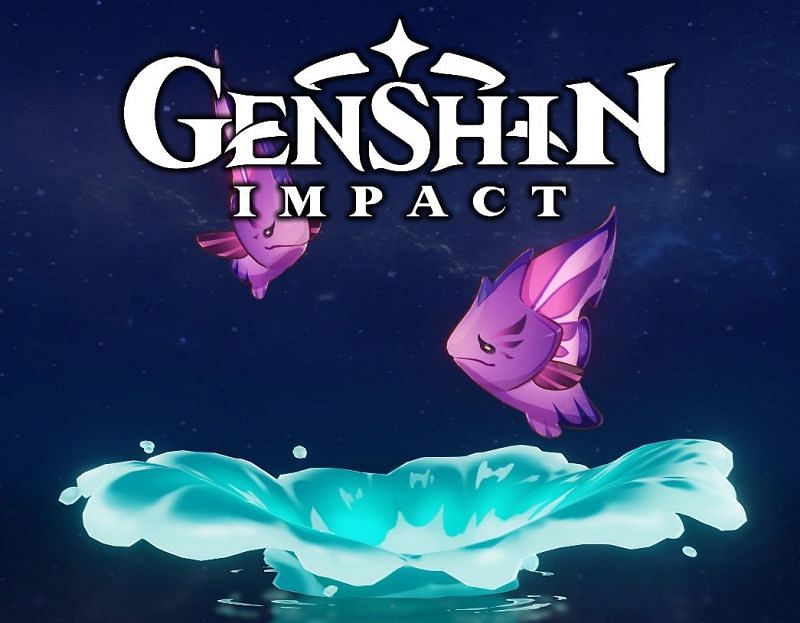 The Raimei Angelfish only spawns in one location at a specific time in Genshin Impact.

The Inazuma Fishing Association is the only vendor that accepts Raimei Angelfish from the player. Genshin Impact fans need to submit six of these fish to acquire The Catch. They can also exchange three Raimei Angelfish for an Ako’s Sake Vessel, the refinement material for The Catch.

Thus, Genshin Impact players need 18 Raimei Angelfish in total. They only spawn in one location: east of Tatarasuna. Even then, the period only occurs from 18.00 to 6.00. On the bright side, there are no other fish there. Players will need False Worm Bait to catch Raimei Angelfish.

Raimei Angelfish only appear east of Tatarasuna, as indicated by the above image. There is no map marker here, so Genshin Impact players would have to go there to find out. However, it’s important to note that several enemies appear here as well.

The Cryo Slimes aren’t difficult to handle on their own, but the water here is imbued with Electro properties. Add in the fact that there isn’t much land to fight on and less-skilled players might find themselves in trouble.

Genshin Impact players can place a fishing marker here by left-clicking on the map. From there, they can select the custom pin that resembles a fishing hook.

Raimei Angelfish only spawn during a specific time frame in Genshin Impact. They aren’t available during the day. Hence, Genshin Impact players might need to skip some time to find them.

These fish only spawn in Genshin Impact between the hours of 18.00 and 6.00. The timing is strictly based on the in-game clock. To skip time, open up the Paimon Menu, and click on the clock icon on the left. After that, drag the clock’s hand to any time between 18.00 and 6.00.

All fishing spot locations respawn after three real-life days (72 hours). As Raimei Angelfish don’t spawn anywhere else, players have to be patient and wait for their catch.

Preferred bait for the Raimei Angelfish

Raimei Angelfish requires players to use False Worm Bait. One can craft 10 False Worm Bait using one Slime Condensate and one Berry at a crafting table. If Genshin Impact players don’t see that option, then they need to acquire the blueprints.

They need to exchange three Medaka fish with Nantuck near Mondstadt to get those blueprints. Medaka fish require Fruit Paste Bait. This bait requires players to do the Exploding Population quest, which also gives them a fishing rod.

Genshin Impact players can fish for the Raimei Angelfish on one of the northern shipwrecked boats. There is an Electro Abyss Mage nearby. However, players won’t encounter him if they stay on the western side.

It’s much easier to deal with just the Cryo Slimes than facing both of them together.

Denial of responsibility! NewsUpdate is an automatic aggregator around the global media. All the content are available free on Internet. We have just arranged it in one platform for educational purpose only. In each content, the hyperlink to the primary source is specified. All trademarks belong to their rightful owners, all materials to their authors. If you are the owner of the content and do not want us to publish your materials on our website, please contact us by email – [email protected]. The content will be deleted within 24 hours.
Loading...
Angelfishbaitbest sports newsEsports & GamingfeaturefishingGenshinGenshin Impact

How do GTA 5 players sign up for Rockstar Games Social Club?