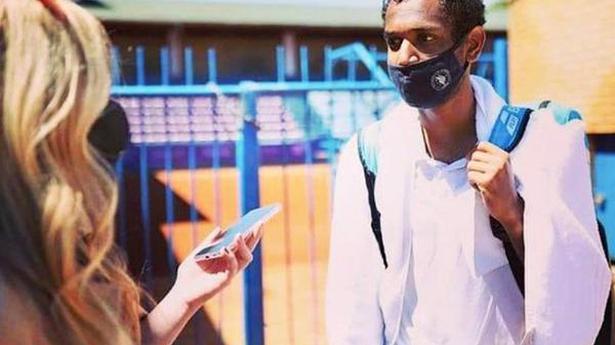 It has been a season of fluctuating fortunes for Ramkumar Ramanathan, but he is determined to make the coming weeks count.

Grounded by a COVID-19 positive test in Portugal, as the season was hotting up, Ramkumar stayed away from the circuit for six weeks to recover from the virus.

As if isolation was not bad enough in a foreign country, Ramkumar also had to endure the emotional crisis of his dad being treated for the virus in an hospital back home in Chennai.

“Dad went through a tough time,” recalled Ramkumar, quite relieved that he was physically and mentally strong to beat the virus.

“I have also totally recovered, by God’s grace. I had two good matches in Zagreb last week,” said Ramkumar, who did very well to qualify for the main event in the Croatian Challenger on return to the circuit.

He and Sriram Balaji had nearly a dozen match points, but lost in the pre-quarterfinals of the doubles.

“They just could not convert those match points,” said Ramkumar’s father, Ramanathan, who watched the match on ATP’s web streaming. He also felt Ramkumar’s opponent was too good in the singles main draw.

Of course, it was a busy season for Ramkumar, as he had travelled for three Challengers in Turkey, apart from Doha, Singapore and Kazakhstan for many tournaments, including the qualifying event of the Australian Open.

“I will give my best in the coming weeks,” said Ramkumar quite focused on his training rather than trying more events before the French Open.

For sure, Ramkumar is hungry and ready to do well as the Grand Slams come around in Paris and Wimbledon.

Denial of responsibility! NewsUpdate is an automatic aggregator around the global media. All the content are available free on Internet. We have just arranged it in one platform for educational purpose only. In each content, the hyperlink to the primary source is specified. All trademarks belong to their rightful owners, all materials to their authors. If you are the owner of the content and do not want us to publish your materials on our website, please contact us by email – [email protected]. The content will be deleted within 24 hours.
barcelonabest sports newslive tennis scoresnews update sportsnewsupdateRamanathanRamkumarsports news

Badminton in Commonwealth Games 2022: Of Sindhu’s…