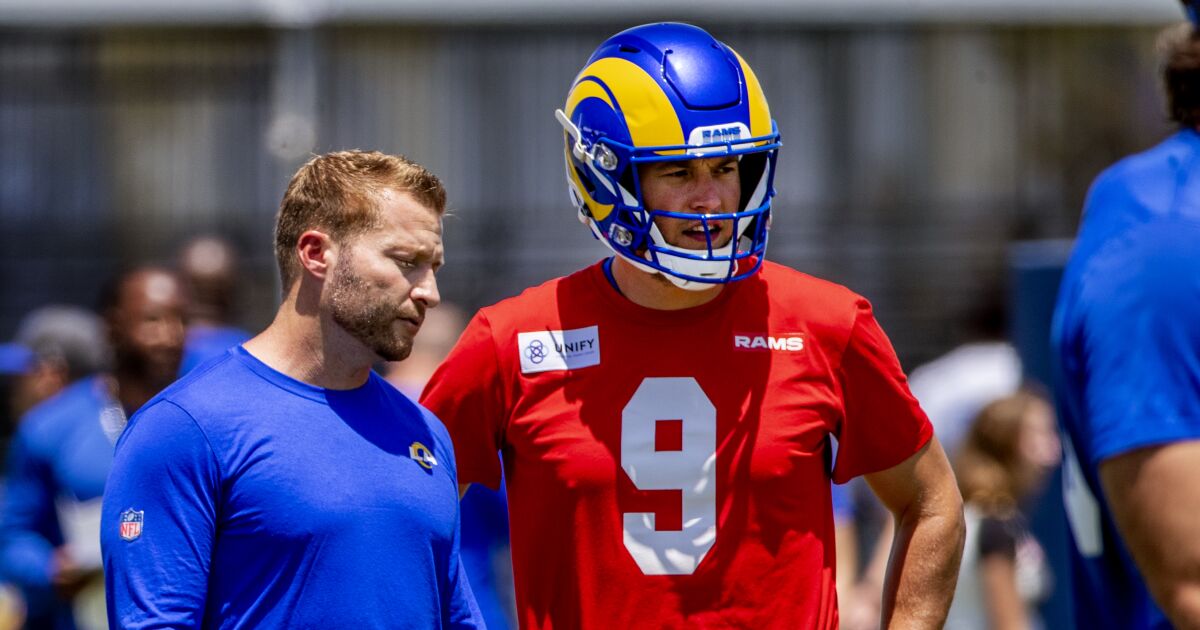 Expectations are high in Los Angeles as the reigning Super Bowl champion Rams are +1200 at DraftKings Sportsbook, one the six shortest prices on the odds board.

The Rams have a tough Week 1 game, hosting the Buffalo Bills as a home underdog on banner night in the NFL Kickoff game on Thursday.

This year’s Super Bowl favorite has taken some noteworthy bets to move from +1 to -2.5 in the standalone Thursday night matchup. These are two of the best rosters in the NFL, but many feel like what we saw from Josh Allen in the playoffs was a sign of things to come. He posted a 9/0 TD/INT ratio and also had 134 rushing yards on 17 attempts in the two playoff games.

Questions about Matthew Stafford’s elbow were the talk of the preseason and a lot of bettors and pundits are concerned that there’s more to the story. Stafford threw 701 passes between the regular season and playoffs last season, so he accumulated a lot of mileage on an aging body. He’ll also have a reshuffled offensive line in light of Andrew Whitworth’s retirement and Austin Corbett’s departure to Carolina.

According to Football Outsiders’ DVOA metric, these were two top-five overall teams last season, both carried a little more by their defenses than their offenses. The Bills had the top-ranked defense, while the Rams checked in fifth. L.A.’s offense was eighth and Buffalo’s was 10th, but the Bills played the weakest schedule in the league and the Rams played the 16th.

There are enough concerns for both offenses to make me think Under 53 is the best of the bets here. The Bills have a new offensive coordinator in Ken Dorsey, who was the quarterbacks coach, and the Rams have the revamped offensive line and didn’t get any game reps with Stafford. The Bills lost 23-16 to the Steelers in Week 1 last season and the Rams smoked a bad Bears team 34-14. Buffalo is a stiffer first test.

VSiN’s morning show “Follow The Money” with Mitch Moss and Pauly Howard is now on Spectrum SportsNet Monday-Friday from 6-9 a.m. PST. Tune in or listen anytime at VSiN.com.

Denial of responsibility! NewsUpdate is an automatic aggregator around the global media. All the content are available free on Internet. We have just arranged it in one platform for educational purpose only. In each content, the hyperlink to the primary source is specified. All trademarks belong to their rightful owners, all materials to their authors. If you are the owner of the content and do not want us to publish your materials on our website, please contact us by email – [email protected]. The content will be deleted within 24 hours.
best sports newsbettingbillsBuffaloLinesnews update sportsnewsupdateodds

The iPhone 14 Pro Is Not What We Expected: First Look

FIFA World Cup is my obsession, says Kylian Mbappe after…