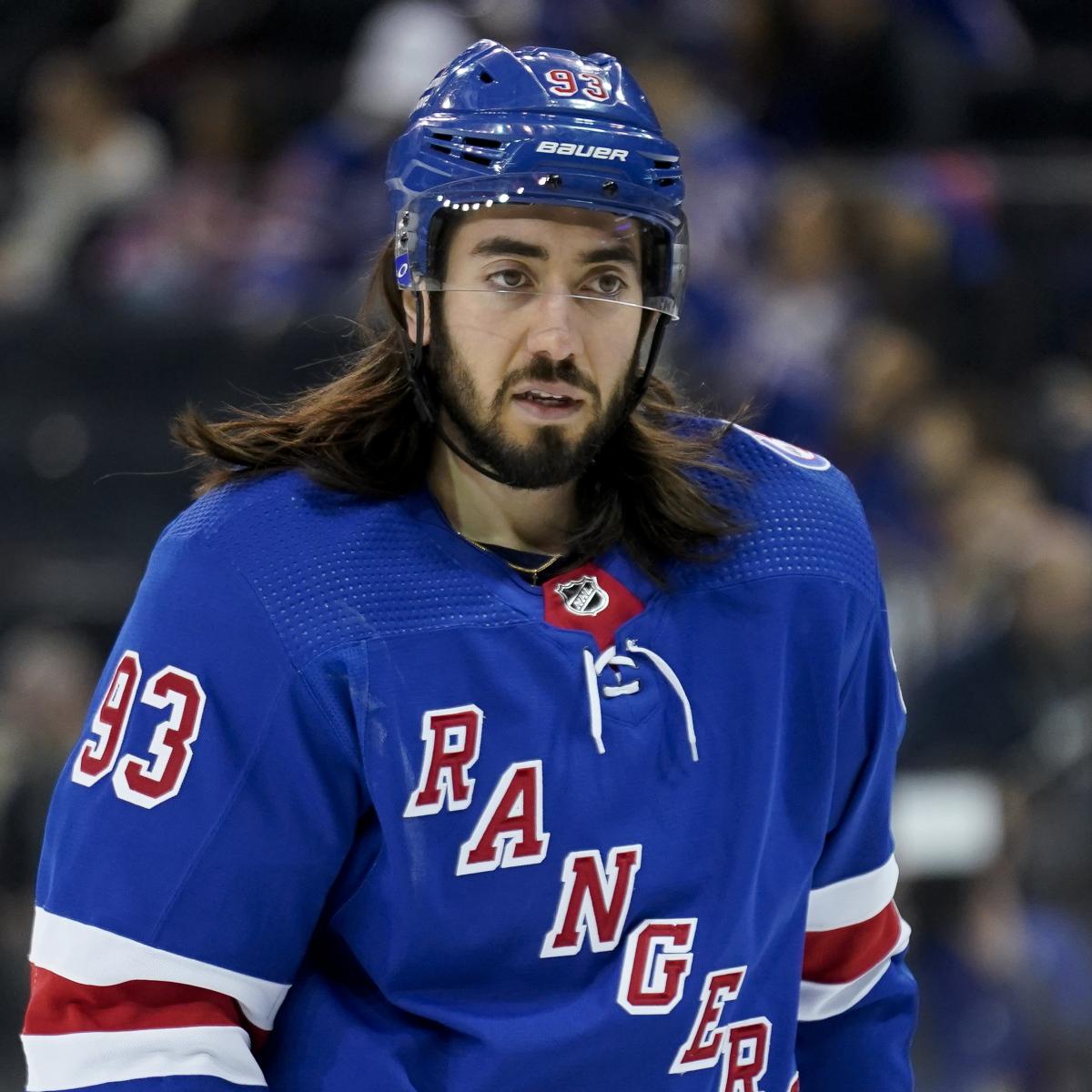 The New York Rangers enjoyed an excellent season that broke a four-year streak outside the playoffs, but their season is now over after the Tampa Bay Lightning defeated them 2-1 in Game 6 of their Eastern Conference Finals playoff series on Saturday.

Chris Kreider led the offense with 52 goals, Artemi Panarin guided the Rangers with 96 points and Mika Zibanejad finished second in goals (29) and third in assists (52).

On defense, reigning Norris Trophy winner Adam Fox shined once again with 74 points (11 goals, 63 assists). However, the team’s unquestioned MVP was goaltender Igor Shesterkin, who went 36-13-4 with a .935 save percentage and 2.07 GAA.

All told, the Rangers posted a 52-24-6 record (110 points) during the regular season, an excellent campaign.

It was a great year for the Blueshirts, but now they need to make a host of tough decisions. Many key players are up for free agency this offseason, and New York won’t keep them all. In addition, the Rangers won’t benefit from draft lottery luck this year. They will potentially have a pair of second-round picks among their six selections.

General manager Chris Drury and head coach Gerald Gallant have a lot of work to do. Here’s a look at the team’s free agents, potential draft targets and an outlook for next year.

Four players on this list stand out above the rest.

Andrew Copp may have played his way out of the Rangers’ price range. After arriving via trade from the Winnipeg Jets on March 21, the 27-year-old posted eight goals and 10 assists in 16 regular-season games. He could parlay that into a massive deal elsewhere.

Frank Vatrano is in a similar boat after arriving from the Florida Panthers in March. He had 10 goals and nine assists in 49 games for the Panthers, but he’s turned it up for the Blueshirts with eight goals and five helpers in 22 regular-season matchups. Vatrano is a mainstay on the first line alongside Mika Zibanejad and Chris Kreider.

Ryan Strome would leave a few gaps if he took off in free agency. The second-line center and member of the first power-play unit had a career-high 21 goals this year. Strome finished fifth in points on the team.

Kaapo Kakko, who the Rangers selected No. 2 overall in the 2019 NHL draft, is a restricted free agent. It hasn’t panned out for Kakko in Manhattan, but he’s also just 21 years old. Still, his lack of production (seven goals, 11 assists, 18 points in 43 games in 2021-22) could lead to the Rangers deciding to let another team take him on.

The Rangers finished just 16th in goals per game (3.05). Their goaltending and defense are exceptional, but their scoring depth has left a lot to be desired at times.

The Rangers solved that problem somewhat with the additions of Andrew Copp and Frank Vatrano before the trade deadline, but they could both be heading elsewhere in free agency. Given that Ryan Strome could be leaving as well, the Rangers’ draft focus could be on adding forwards to the mix.

The top prospects will be off the board when the Rangers pick in the back end of the first round, but there are still a host of forwards who can help the club after some work in the minor leagues. Some potential options are below.

The Rangers could be in danger of losing multiple forwards that led to plenty of late-season success, but consider the fact that they still have a whole host of talent returning.

Nine of the Rangers’ top 10 scorers will be back, including their No. 1 goalscorer (Chris Kreider), their No. 1 points leader (Artemi Panarin) and No. 2 goalscorer and assist leader (Mika Zibanejad). Their top two defensemen (Adam Fox and Jacob Trouba) will return, and the same goes for a potential budding blue-line superstar in K’Andre Miller.

Igor Shesterkin, who is bar none the NHL’s best goalie, is back too. The same goes for general manager Chris Drury and head coach Gerard Gallant, so the core is there for the Rangers to compete once again.

Returning to the playoffs won’t be easy, especially with the Eastern Conference sporting eight teams who had 100 points or more this year. It’s a brutally tough conference that’s hard to navigate, and that’s a factor against the Rangers competing.

However, New York’s got a bright future ahead of itself with the aforementioned crew and should be in the Stanley Cup playoffs once again.

Denial of responsibility! NewsUpdate is an automatic aggregator around the global media. All the content are available free on Internet. We have just arranged it in one platform for educational purpose only. In each content, the hyperlink to the primary source is specified. All trademarks belong to their rightful owners, all materials to their authors. If you are the owner of the content and do not want us to publish your materials on our website, please contact us by email – [email protected]. The content will be deleted within 24 hours.
Agentsbest sports newsDraftfreeguideLossnews update sportsnewsupdate