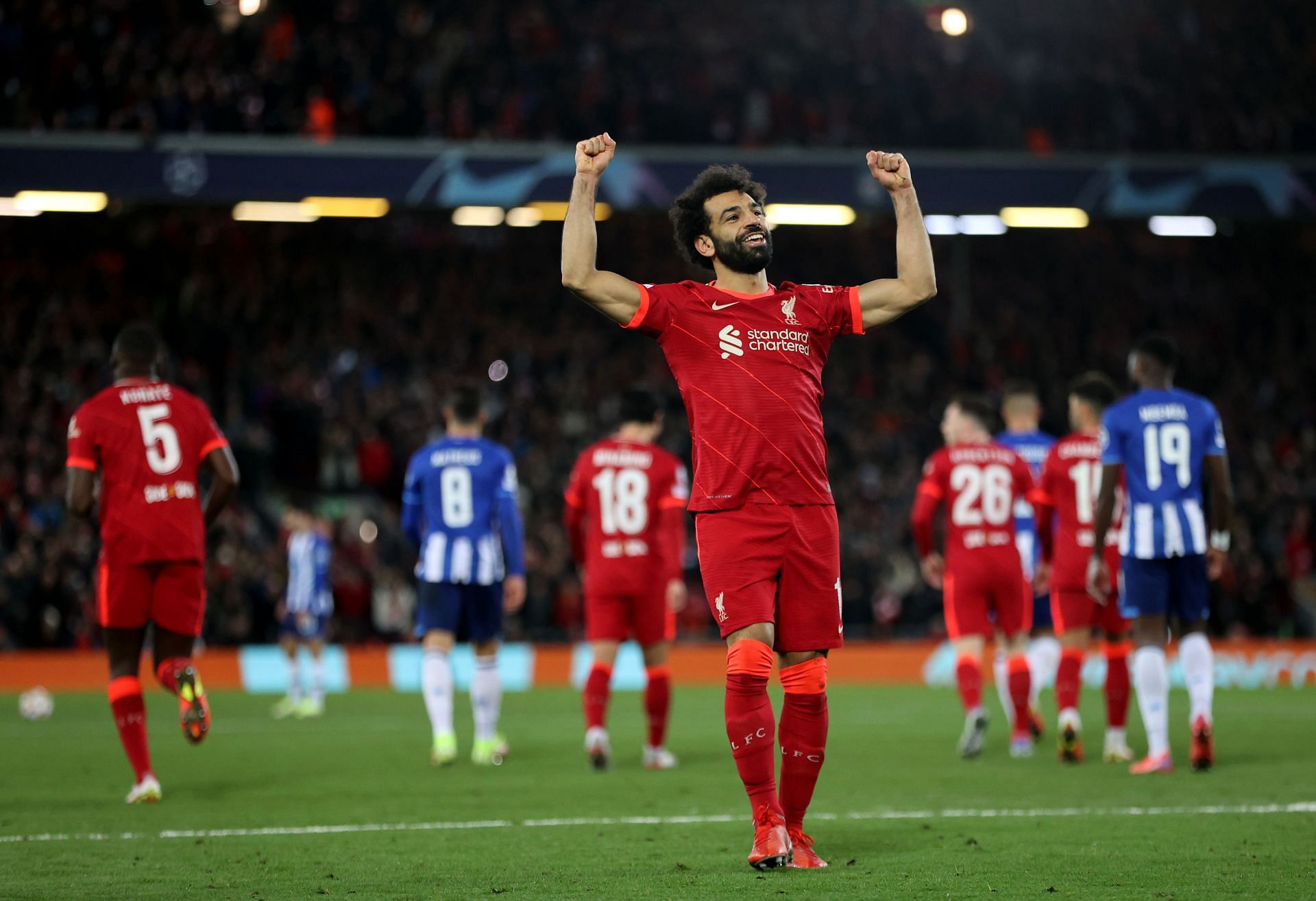 Having already booked their place in the UEFA Champions League Round of 16, Liverpool welcomed Porto to Anfield for their fifth Group B fixture on Wednesday night.

The Reds, who had a 100 percent win record in Europe going into the game, were already guaranteed to finish first in their Champions League group. Second-placed Porto, on the other hand, needed at least a point to get themselves into a comfortable position ahead of the final matchday.

Unfortunately, even a much-changed Liverpool side were too much to handle for the Portuguese visitors, who lost 2-0. Despite seeing Sadio Mane’s first-half opener ruled out, Porto failed to gather themselves and put on a more respectable show.

The Anfield outfit kept knocking on Porto’s doors and eventually broke the deadlock through Thiago Alcantara in the 52nd minute.

Mohamed Salah then joined the party in the 70th minute, scoring his team’s second and final goal of the night. Porto tried to trouble Liverpool keeper Alisson, but could only call him into action once over the course of the match.

The 2-0 win over Porto extended Liverpool’s perfect record in the UEFA Champions League this season.

Below, we will take a look at the five players who helped the Reds achieve perfection against Porto on Wednesday:

With Virgil van Dijk given a much-needed break, Joel Matip started alongside Ibrahima Konate at the heart of the Liverpool defense.

There were some concerns about the experienced defender’s communication skills, or the lack thereof, in the first half. But he grew in confidence as the match matured.

Leadership skills aside, Matip enjoyed an excellent match. He was commanding in the air, winning eight aerial tackles, and did not let anyone dribble past him.

All in all, it was an impressive outing by the 30-year-old who should have received a pat on the back by Jurgen Klopp.

Liverpool boss Jurgen Klopp rested some of his key players in Wednesday night’s encounter with FC Porto. First-choice right-back Trent Alexander-Arnold was one of those absentees.

As a result, his understudy, Neco Williams, got to experience a magical Champions League night at Anfield.

We’ll remember this international break as the time Neco Williams stepped up to the next level.

We’ll remember this international break as the time Neco Williams stepped up to the next level. https://t.co/qdwd9LGTRh

The Welshman had the responsibility of keeping a lid on Porto’s Luis Diaz. He struggled with his positioning early on but brushed the discomfort aside soon enough.

He was potent in both attack and defense, successfully registering five dribbles, three tackles and two key passes.

Denial of responsibility! NewsUpdate is an automatic aggregator around the global media. All the content are available free on Internet. We have just arranged it in one platform for educational purpose only. In each content, the hyperlink to the primary source is specified. All trademarks belong to their rightful owners, all materials to their authors. If you are the owner of the content and do not want us to publish your materials on our website, please contact us by email – [email protected]. The content will be deleted within 24 hours.
best sports newschampionsFC Porto FootballFootballJoel MatipLeagueListicleLiverpool Football

Get Google Chromecast for under £3 with this Black Friday hack that’s too good to be true!