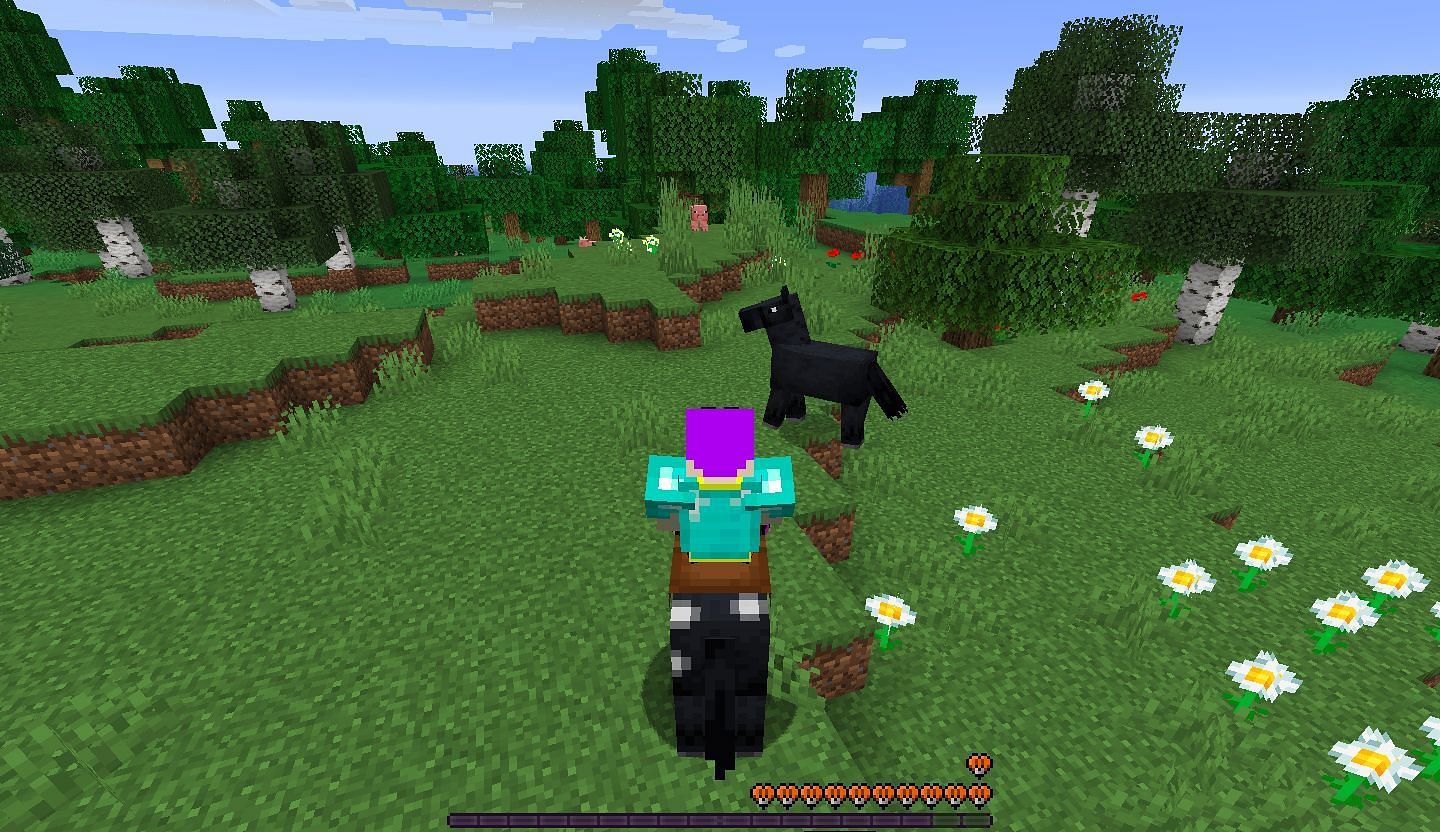 In Minecraft, there are many mobs available for gamers to ride.

Riding mobs can be great for traveling distances in Minecraft worlds. Plus, it is always fun to take care of a Minecraft mob as a pet, which is easy to do with nearly every rideable Minecraft mob.

However, when it comes to the variety of rideable mobs in Minecraft, some are arguably better for riding than others.

This article reflects the opinions of the author.

Rideable mobs in Minecraft ranked from worst to best

In Minecraft, llamas can be mounted like other rideable mobs. Unfortunately, llamas are unable to be ridden properly.

There is no way to steer when riding a llama, or direct them in any certain direction. This inability for practicality makes them rank as arguably the worst rideable – or semi-rideable – mob in Minecraft.

With a saddle equipped, pigs can be ridden in Minecraft. To guide them in the desired direction, players must also have a combined carrot and fishing rod to dangle in front of the pig.

Pigs can definitely be fun to have as pets in Minecraft, but riding them around isn’t very practical either. They are not ideal for traveling far distances as pigs are quite slow in their movement.

One of the best aspects of donkeys in Minecraft is their ability to carry a chest, acting as a walking storage unit for players.

While the chest feature is great, donkeys still move a bit slower than many other rideable mobs. For this reason, players may opt to use different yet similar mobs to travel their Minecraft worlds.

Mules in Minecraft are arguably slightly better than donkeys, despite being so similar. This is because they can move faster and jump higher than donkeys can.

Notably, mules can also carry chests for players. To obtain a mule in Minecraft, gamers must breed a donkey and a horse.

When it comes to horses in Minecraft, these mobs are some of the most practical for traveling far distances on land. Horses are fairly common in Minecraft worlds, so gamers might find using a horse to travel to be more convenient than other mobs.

Speed varies between each individual horse mob, but sometimes, horses can be really fast and jump really high. Considering how practical horses can be for travel, they are some of the best rideable Minecraft mobs.

Skeleton horses have nearly all the same qualities as regular horse mobs. The main differences between them are their rarity and appearances.

The skeleton horse is quite a rare mob to have in the Minecraft world. They only appear on scarce occasions when lightning strikes, and they often spawn with a hostile skeleton mob atop as well.

Because skeleton horses have a more unique look than regular horses, and owning one in Minecraft is an infrequent occurrence, they are a bit more impressive than the previously listed rideable mobs.

Arguably the best Minecraft mob is the strider. Striders are by far the most practical of all rideable mobs.

The Nether is notably treacherous for travel. For this reason, players are almost always better off wandering the lava floor of the Nether on a strider. Striders are remarkably fast, and they can increase their speed when players use a warped fungus on a fishing rod to guide their way.

Some Minecraft players will likely have their own favorite rideable mob to use in the game, but overall, gamers may want to consider this order when thinking about which mobs to ride for practical uses.

Denial of responsibility! NewsUpdate is an automatic aggregator around the global media. All the content are available free on Internet. We have just arranged it in one platform for educational purpose only. In each content, the hyperlink to the primary source is specified. All trademarks belong to their rightful owners, all materials to their authors. If you are the owner of the content and do not want us to publish your materials on our website, please contact us by email – [email protected]. The content will be deleted within 24 hours.
best sports newsListicleMinecraftMinecraft Mobsmobsnews update sportsnewsupdateRanking

Daniil Medvedev sent packing in fourth round of Indian Wells