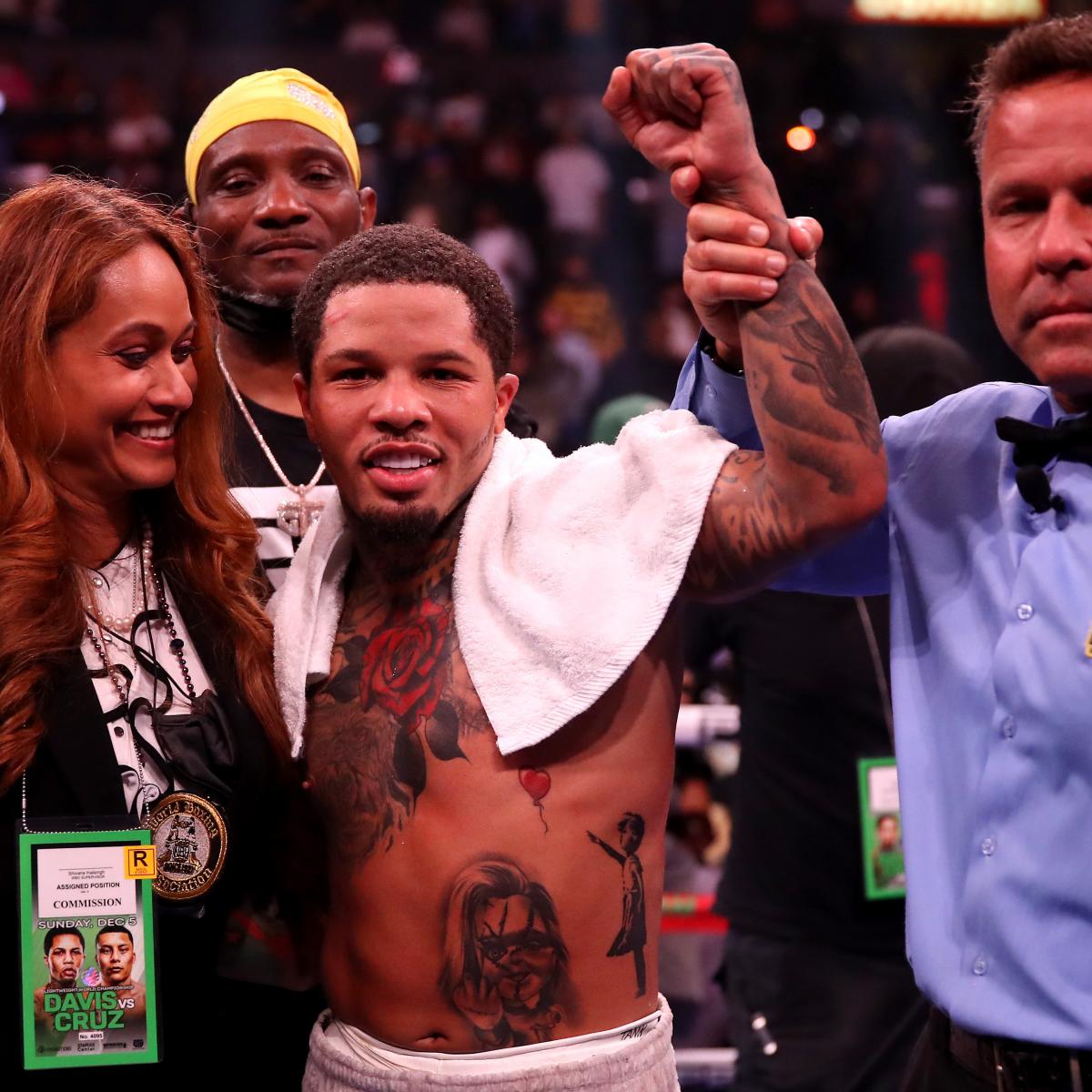 Ranking the 5 Best Opponents for Gervonta Davis After Win vs. Rolando Romero

It’s a good time to be Gervonta Davis.

Though his claims of lightweight championship supremacy are dubious at best thanks to sanctioning body nonsense, there’s no mistaking the 27-year-old Baltimore native is at or near his career apex.

He handled brash rival Rolando Romero in six rounds atop a four-bout Showtime pay-per-view production from the Barclays Center in Brooklyn on Saturday night and set himself up for a stretch he’ll enter as a promotional free agent flush with opportunities against high-profile opponents.

And the B/R combat sports team was happy to compile a list of the ones it’d be best for him to consider.

Take a look at what we came up with and drop a take or two of your own in the comments section.

It wasn’t long ago that Teofimo Lopez was atop everyone’s wannabe list.

He was an unbeaten prospect with charisma and punching power who became a champion with a stirring defeat of pound-for-pound elite Vasyl Lomachenko in a lightweight showdown in October 2020.

But rather than riding that wave through a series of moneymaking title defenses, Lopez wiped out.

He was dropped, embarrassed and lost his cache of title belts a year later against George Kambosos Jr. and has spent much of the subsequent six months suggesting conspiracies were at fault for the upset.

Still, there is history between him and Davis. They sparred as teenagers and a fight between the two had frequently been discussed before Lopez lost his 0. So it’s hardly a big reach to think the fire can be rekindled once Lopez gets back on the board with a victory or two.

“Who knows?” Lopez told DAZN. “Maybe down the line, we can make that fight happen.”

Kambosos took an opportunity from Davis, but perhaps Vasyl Lomachenko can give one.

Now 34, the Ukrainian export is still considered among the elite in the 135-pound ranks after following the loss to Lopez with a pair of impressive victories. He turned down a chance to meet Kambosos himself following the Russian invasion of his home country but has suggested he’ll eventually return to the ring.

When he does, few opponents would provide as much juice as Davis.

In addition to the high-profile status of both fighters, it’s an intriguing matchup for many reasons.

Davis’ raw power and aggression against Lomachenko’s sublime skill and footwork. The brash youngster against the respected veteran. One guy looking for a career-defining win against another trying to enter the twilight with a successful run.

And now that Davis can call his own promotional shots, it’ll be a lot easier fight to make.

Slide this one in on a conditional basis.

Devin Haney has a bit of business to handle on June 5 in Australia, where he’ll put his WBC lightweight title against Kambosos and the cache of IBF, WBA and WBO straps he took from Lopez.

But if Haney manages to return from Down Under with all that hardware—and he’s a -185 favorite to do so—the prospect of a fight with him becomes much harder for Davis to ignore.

He could provide Davis with a chance to elevate beyond his cheesy title to a legitimate undisputed championship. And the heat between them in the run-up to Davis’ fight with Romero indicates that it’s already a top-of-mind proposition for Saturday’s winner.

“If you win, I’m now out of my contract; let’s make the fight happen since you want to talk crazy,” he told the Last Stand Podcast. “Let’s do that; I want to fight you if you win, Devin Haney.”

Maybe it doesn’t happen right away.

But if both men stay on their current unbeaten and belt-collecting tracks, it’ll be huge.

Davis’ win over Romero got him to 27-0 with 25 KOs and certified his status among the sport’s new generation of popular stars. Shakur Stevenson is there as well thanks to titles at 126 and 130 pounds and particularly impressive recent wins over reigning champions Jamel Herring and Oscar Valdez.

If the latter man decides to continue his weight-climbing path in search of a title at lightweight, Davis should be on his list of would-be opponents. And it’d provide a similar contrast in styles as the Lomachenko and Haney fights, with the athletic boxer matched against the violent and powerful aggressor.

The two went back and forth on Twitter prior to Davis’ fight with Romero in an exchange punctuated by Stevenson simply saying, “Cmon let’s do it.”

Good enough for us.

Let’s just say this one has been brewing for a while.

Ryan Garcia had Davis on his mind after scoring a career-defining victory over Luke Campbell in January 2021, and his promoter, Oscar De La Hoya, mentioned Davis as a specific target when he chatted with Bleacher Report last month.

De La Hoya said the fight could happen within 12 months and would become even easier to make if Davis goes ahead and stops working with Mayweather Promotions. In fact, he told TMZ he’d offer Garcia’s potential rival a multi-fight pact to make it so.

“I’ll sign him! Absolutely,” De La Hoya said. “I wouldn’t mind making a three-fight deal with him just to make the Ryan fight happen. Tank, give me a call! Get a hold of me whenever you are free. If you are free.”

Garcia’s massive presence on social media and the following Davis has generated from his frequent TV appearances combine to ensure maximum buzz, and maximum cash, for both principals.

Unless something goes unforeseeably wrong, this one’s done by this time next year.

Denial of responsibility! NewsUpdate is an automatic aggregator around the global media. All the content are available free on Internet. We have just arranged it in one platform for educational purpose only. In each content, the hyperlink to the primary source is specified. All trademarks belong to their rightful owners, all materials to their authors. If you are the owner of the content and do not want us to publish your materials on our website, please contact us by email – [email protected]. The content will be deleted within 24 hours.
best sports newsDavisGervontanews update sportsnewsupdateOpponentsRankingRolando