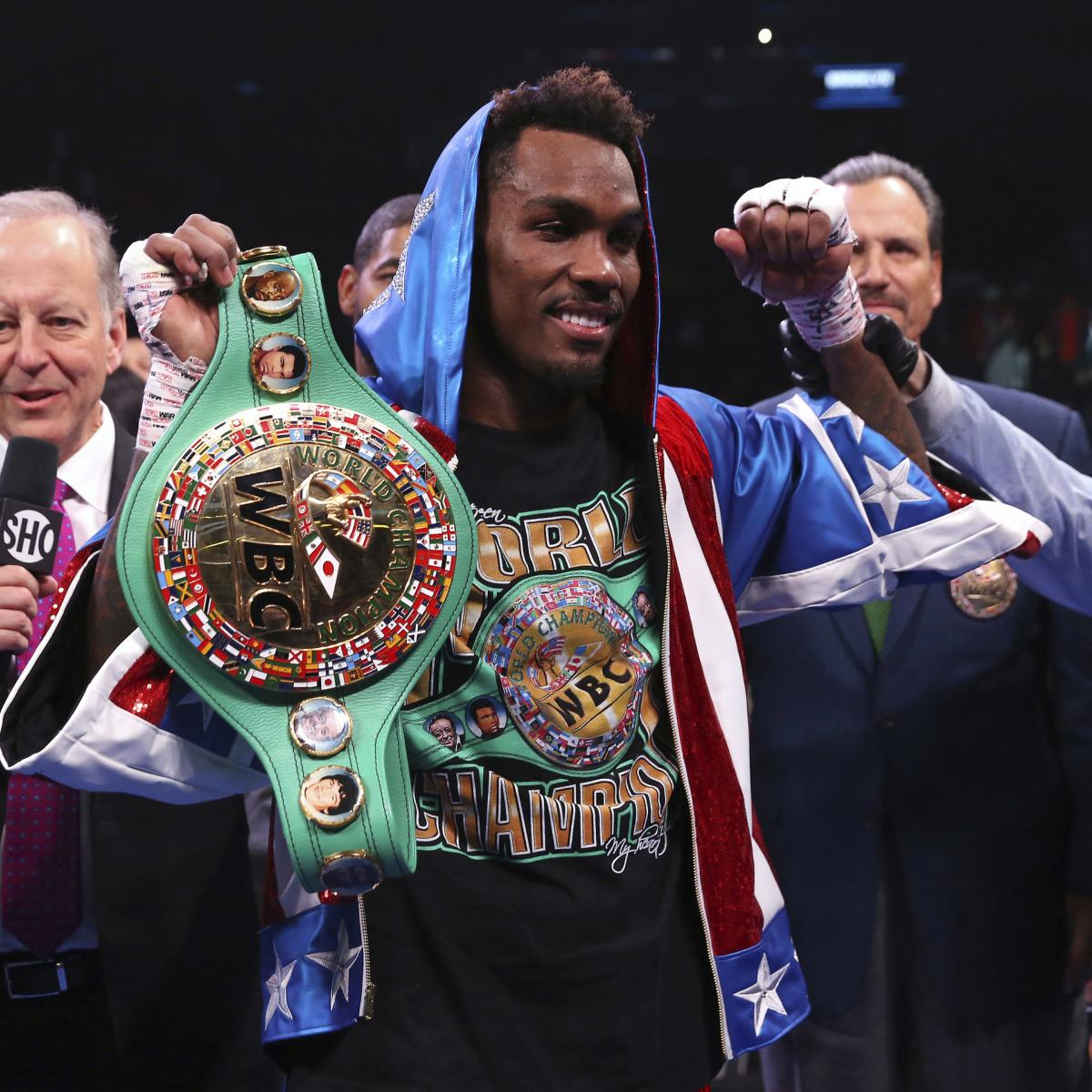 Ranking the 5 Best Opponents for Jermell Charlo After Win vs. Brian Castano

Twenty-eight months after avenging his only loss with a KO, the Houston-based 154-pounder put an emphatic exclamation on his career’s other blemish.

Charlo defeated Brian Castano by 10th-round KO on Saturday night in Carson, California to both unify the division’s four significant title belts and erase the specter of the disputed draw the two had fought to last summer.

The win added Castano’s WBO championship to the IBF, WBA and WBC belts with which Charlo had arrived and instantly reestablished the 31-year-old as the hot commodity he’d intermittently been thanks to a career-long promotional push by the Premier Boxing Champions apparatus.

Indeed, the victory reopened a lot of doors for the sport’s newest undisputed champion and the B/R combat sports team was happy to compile a list of the ones we believe it’d be best for him to consider opening.

Take a look at what we came up with and drop a take or two of your own in the comments section.

Speaking of resurrections, Liam Smith seems to have a pretty good handle on them, too.

The affable Englishman was folded like origami by a Canelo Alvarez body shot in 2016 and incurred two more losses in subsequent fights that had him pondering retirement.

But the last six months or so have him thinking a little differently.

Smith got back on the elite radar with a TKO of once-beaten Anthony Fowler last fall in Liverpool and boosted his status again with a brutal stoppage of former two-division champ Jessie Vargas on the Katie Taylor-Amanda Serrano show last month at Madison Square Garden.

The 33-year-old doesn’t possess the frame or skill of Charlo, but his appetite for combat and predilection toward body work could provide the champ with a compelling mettle test for as long as it lasts—particularly if he can lure the champ to cross the Atlantic for a defense on enemy turf.

When it comes to pedigree, few can rival Tim Tszyu.

The 27-year-old Aussie is the son of Hall of Famer Kostya Tszyu, who was a 140-pound champion and pound-for-pound elite during a successful career that ran into the early 2000s.

The younger Tszyu has spent five-plus years carving his own niche and it’s thus far gotten him an unbeaten record—21-0 with 15 KOs—and regional title recognition by the IBF, WBO and British Commonwealth.

A decision win over ex-Olympian Terrell Gausha in March secured the No. 1 contender ranking of the WBO—three spots ahead of Smith, incidentally—whose belt Charlo wrested from Castano on Saturday.

And given the suggestion by Tszyu’s promoter last year that a $10 million offer was within reason for a title shot, there’s no reason to believe it can’t get made once the right numbers are reached.

Anyone think Sebastian Fundora’s not a contender?

The former Charlo victim had worked his way back to main-event conversation before encountering Fundora, a 6’6″ novelty billed as “The Towering Inferno” last month in Las Vegas.

Both are promoted by PBC, too, which should mean a clash of giants ought to happen sooner than later.

“If we can win all the belts at once, why not? You know?,” Fundora said after beating Lubin.

“I want the champion next. This is only a little step towards it. But the next one’s the real thing, hopefully. If not that, we’ll fight anybody at 154. We’re doing good.”

OK, here’s where we mix some fantasy in with the practicality.

Terence Crawford and Errol Spence Jr. have been the world’s best welterweights for years, but their lack of interest in meeting has spawned theories as to what they’ll do if they don’t share the ring together.

And even if a showdown at 147 pounds does happen, the immediate questions in the aftermath will focus on what the winner has planned for a competitive encore.

The now-undisputed 154-pound champ has had both Crawford and Spence’s names in his mouth in recent weeks. The chatter about Crawford has been vitriolic in nature, while discussions about a match with Spence, a good friend of his, suggest that fight would only occur amid a genuine financial windfall.

Crawford is on board, too, and seems particularly eager to add a title in a fourth weight class.

Denial of responsibility! NewsUpdate is an automatic aggregator around the global media. All the content are available free on Internet. We have just arranged it in one platform for educational purpose only. In each content, the hyperlink to the primary source is specified. All trademarks belong to their rightful owners, all materials to their authors. If you are the owner of the content and do not want us to publish your materials on our website, please contact us by email – [email protected]. The content will be deleted within 24 hours.
best sports newsBrianCastanoCharloJermellnews update sportsnewsupdateOpponents

IPL 2022: KKR’s qualification chances go up to almost 19%, SRH’s chances fall to under 13% – All playoffs possibilities in 11 points | Cricket News – Times of India