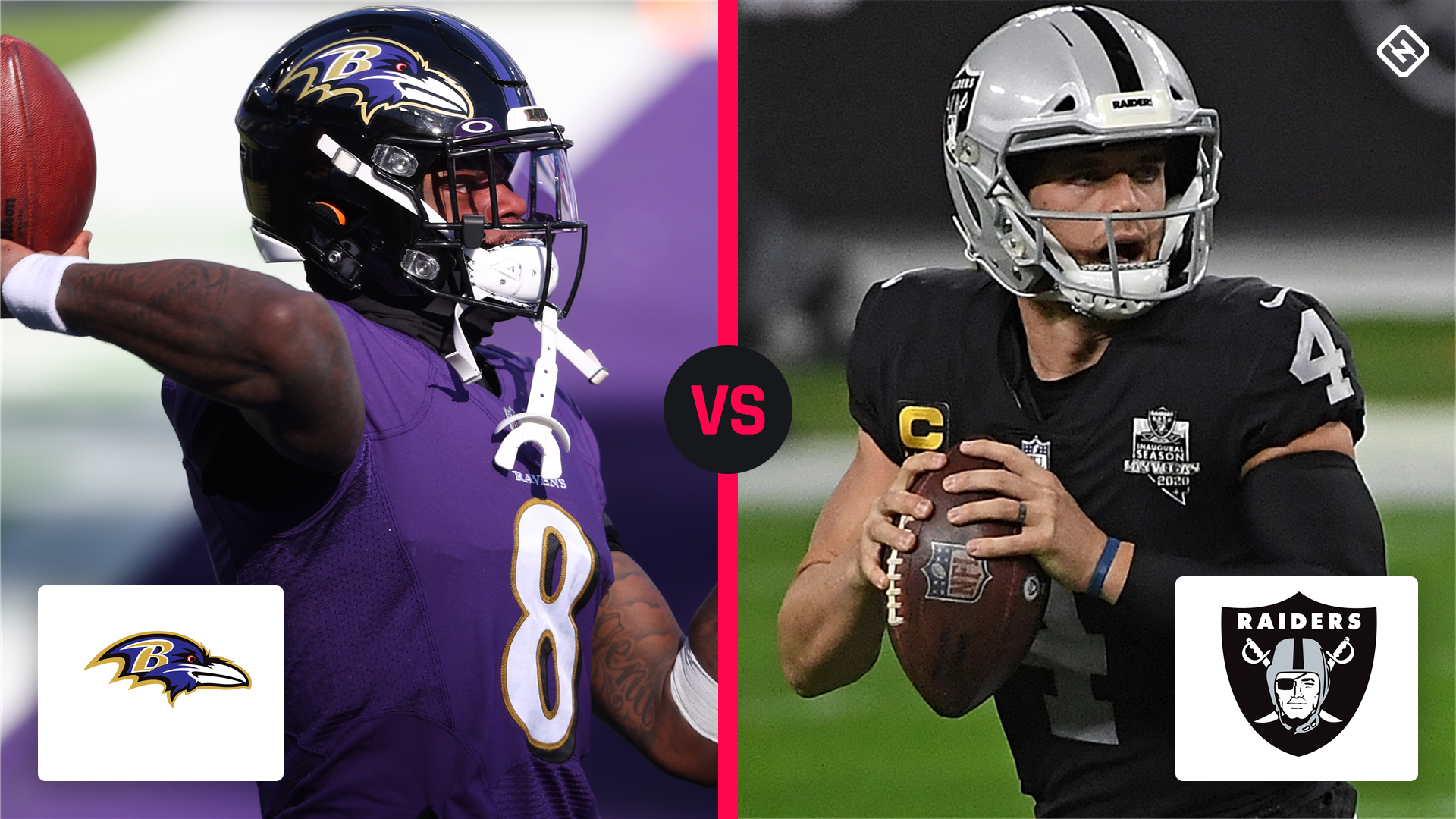 When the Raiders host the Ravens on “Monday Night Football” (8:15 p.m. ET, ESPN), it will be the first time Las Vegas has an NFL home game with fans in attendance.  Baltimore, a strong 11-5 AFC wild-card playoff team from a season ago, needs to take care of road business before facing the Chiefs, another AFC West foe, at home next Sunday night. Las Vegas scratched out a .500 record at 8-8 last season but has yet to make the playoffs under Jon Gruden.

Lamar Jackson and the Ravens’ offense are dealing with a lot of backfield and wide receiver injuries, but they have enough weapons to attack a weak Raiders defense. Meanwhile, Derek Carr will need to find more diverse sources of moving the ball to win what could be a high-scoring affair.

Here’s everything to know about betting on Ravens vs. Raiders in Week 1, including updated odds, trends and our prediction for “Monday Night Football.”

The Ravens have added a point in their favor as the week has progressed. The total has been steady along with the Raiders’ firm home underdog status.

The Ravens have dominated the meetings, 9-3 going back to 1996. They won 30-17 in Oakland in 2017 and then 34-17 at home in 2018. Before that two-game winning streak, the Raiders were riding consecutive victories after the Ravens opened the series taking seven of eight.

— More than 64 percent of spread bettors like the Raiders having enough home energy to cover the small number. 66 percent have them winning straight up for the moneyline, too.

Who will run the ball for the Raiders?

Josh Jacobs (toe//illness-questionable) may be scratched for the game, leaving the door open for free-agent addition and fellow Alabama product Kenyan Drake to get key touches in his Raiders debut. The team also added journeyman Peyton Barber for extra insurance. It may be tough for any Raider to run the ball against the Ravens’ No. 6 run defense from a season ago.

Who will run the ball for the Ravens?

J.K. Dobbins and Gus Edwards are down for the season with knee injuries. Justice Hill (Achilles’) is on injured reserve, too. The team will be starting Ty’Son Williams and using a bit of former Raider Latavius Murray, just signed this week but a good fit for their power running game to complement Jackson. Baltimore should remain effective running with its zone read concepts and sturdy offensive line. It just may need to feel out its committee at first after being used to have so much reliable depth. The Raiders were the No. 23 run defense last season, which helps.

The Raiders and Ravens both have game-changing receiving tight ends and with limitations in the speedy wideout corps, Waller and Andrews are the respective go-to guys for QBs Carr and Jackson. Waller and Andrews have both been rewarded with big contracts for their key play. The Ravens struggled with tight end coverage at times last year, which should help Waller, a former Raven, stretch the field for Carr. Andrews has an easier matchup and should be the bigger red zone force in the game.

158.3. That’s Lamar Jackson’s NFL-perfect passer rating in his past two season openers as the Ravens’ starting QB. He ripped the Dolphins and Browns for a combined 599 yards and 8 TDs at a ridiculous 13.3 yards per attempt. He didn’t need to run much to beat either team. Jackson likes to start hot and should burn up the desert against an overmatched defense, using plenty of Andrews and Marquise “Hollywood” Brown to do so.

The Raiders won’t be finishing .500 again and will be in fact much lower than that. in the standings Their defense has too many holes for Jackson and the Ravens’ dynamic and creative offense to exploit. Carr will be operating in a one-dimensional offense and after some early flash, will see the Ravens pull away for a comfortable win.

Loading...
Denial of responsibility! NewsUpdate is an automatic aggregator around the global media. All the content are available free on Internet. We have just arranged it in one platform for educational purpose only. In each content, the hyperlink to the primary source is specified. All trademarks belong to their rightful owners, all materials to their authors. If you are the owner of the content and do not want us to publish your materials on our website, please contact us by email – [email protected]. The content will be deleted within 24 hours.
Loading...
best sports newsbettingFootballMondaynews update sportsnewsupdateNFLNight