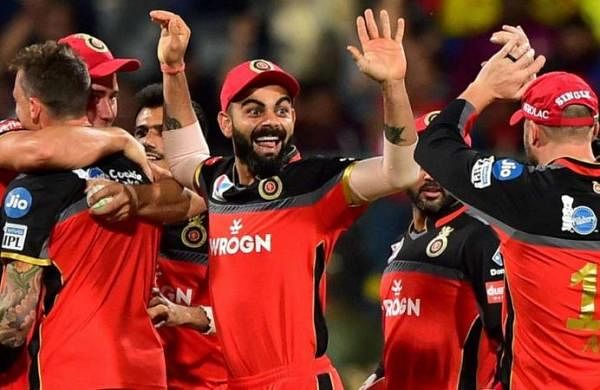 BENGALURU: During the previous editions of the Indian Premier League, which took shape in India, most of the teams banked on home advantage as they knew the ground conditions better than their opponents. But that is ruled out for teams in the 14th edition, which starts on Friday with Royal Challengers Bangalore taking on Mumbai Indians at the MA Chidambaram Stadium in Chennai. The competition will be played in six cities — Chennai, Mumbai, Ahmedabad, Delhi, Bengaluru and Kolkata.

Though five of the host cities have a franchise, playing at neutral venues provides a level playing field. Bangalore captain Virat Kohli believes the strength of the squad will be tested this season.

“There is nothing like playing in Chinnaswamy in front of your home crowd. Fans are going to miss watching us play. Such are the times right now. But, the good thing is that we are back in India and one more positive is there is no home advantage. Every team is playing in neutral venues and the strength of your squad really comes to the fore. Precisely why last IPL was so competitive, until about the last three-four games, everyone was in the reckoning to qualify, which is great for the tournament.”

“Just playing in set venues with four teams, it will nullify all the home advantage that the home teams used to have. It helps in having some competitive cricket,” said Kohli, whose team have never won the title.

Besides the big guns like Kohli and AB de Villiers, Bangalore will also be banking on Indian players — especially bowlers — in their squad, who have gained quality experience over the last few months or so at the international arena. Off-spinner Washington Sundar, Mohammed Siraj and Navdeep Saini being prime examples. However, it is a different ball game altogether with the pressure which exists while playing in the IPL.

“From personal experience, I can vouch that when you do well for the national team, it is always an exciting time to come into the IPL and make the tournament your own. That is something I aimed to do as a youngster. Bringing in the confidence that I gained at the international level back into the IPL. So watching guys like Washy (Washington), Saini, Siraj, come into their own, you want these guys to show their personalities and their confidence on the field for RCB. That way we can pull together stronger as a team and move in the right direction. Very exciting from that point of view. Our youngsters have become more confident with more experience and now, the opposition knows that these are the guys that can impact in any situation, which is a great sign for us,” Kohli said.

Their big test starts against Mumbai, who are the most successful side in IPL history. More importantly, they have some proven players in the batting department, including Rohit Sharma, Ishan Kishan, Suryakumar Yadav among others. If the bowling unit, which has been criticised in the past, delivers consistently, they could improve upon their last season’s performance too.

Bangalore reached the Playoffs with the likes of Devdutt Padikkal, Washington, Kohli, de Villiers playing an important role last season.”We had a good season last time (season), probably would have liked to go a couple of steps further, which we obviously aim to do as a side this year,” Kohli said.

Denial of responsibility! NewsUpdate is an automatic aggregator around the global media. All the content are available free on Internet. We have just arranged it in one platform for educational purpose only. In each content, the hyperlink to the primary source is specified. All trademarks belong to their rightful owners, all materials to their authors. If you are the owner of the content and do not want us to publish your materials on our website, please contact us by email – [email protected]. The content will be deleted within 24 hours.
best sports newshome advantageIPLIPL 2021Kohlineutralnews update sportsnewsupdate

BCCI has not officially sought any change in Test series schedule: ECB

Fanatical’s Summer Sale Is Live With Thousands Of…

I badly wanted to win this gold: PV Sindhu