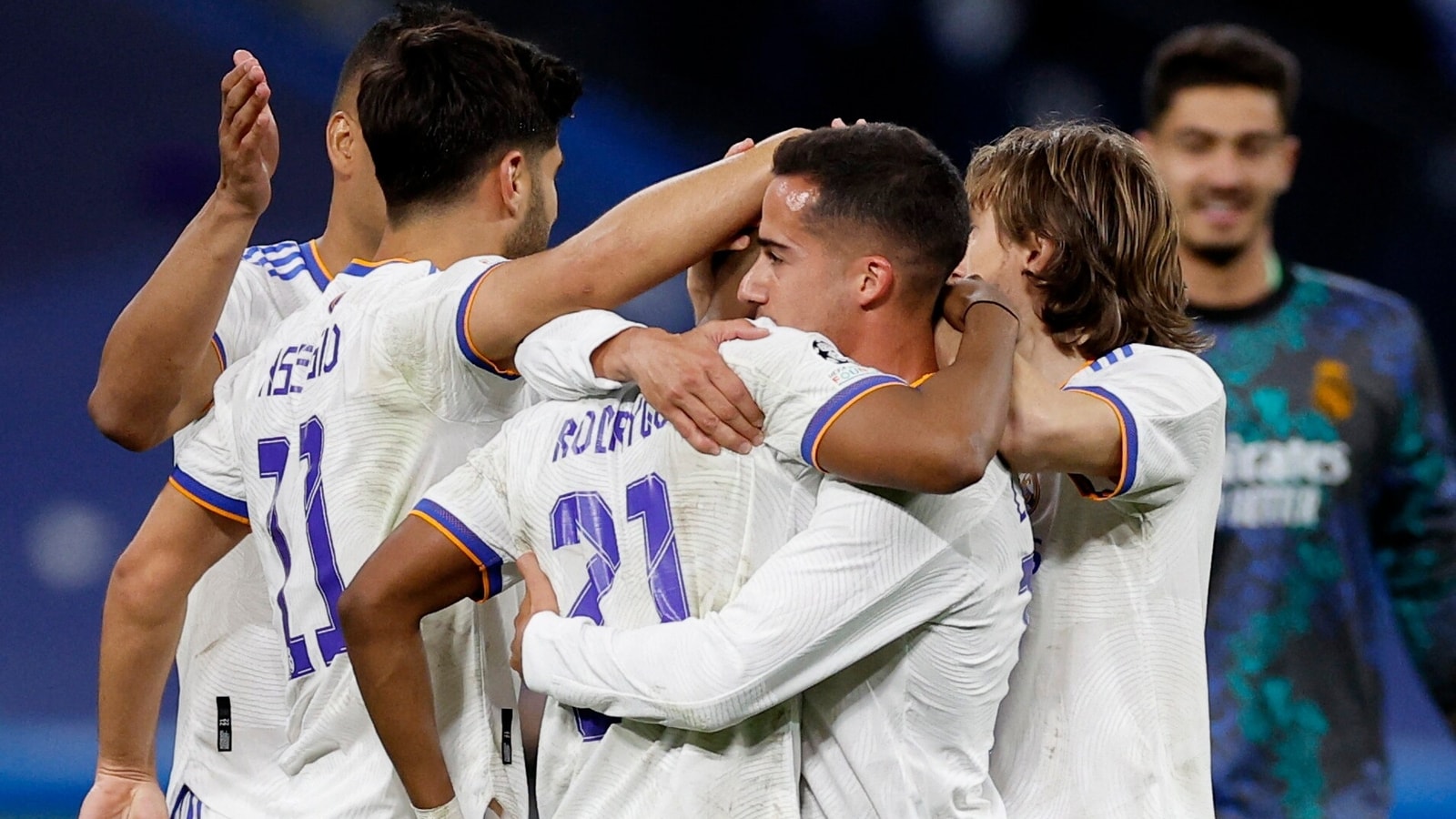 Moments. That’s what shaped three of the four legs of the Champions League semi-finals. In 133 seconds, Liverpool sealed the home game against Villarreal. They scored thrice in 12 minutes away to book a ticket to Paris. On Wednesday, Real Madrid got three goals in five minutes to overturn a tie they were trailing 3-5 on aggregate in the 90th minute. Football’s a simple game where Manchester City do everything right for 180 minutes and then Real Madrid win.

The Santiago Bernabeu was so steeped in belief that it would happen that it slung a tifo of Karim Benzema with words that roughly translated into, ‘on a magical night, kings of Europe.’ Yet, till the 50th minute, they had zero shots on target; City had five, Thibaut Courtois proving equal to all of them as he would later in the game. Till the stadium clock showed 89:21, Real Madrid hadn’t scored when they needed two.

By his exalted standards, Karim Benzema hadn’t done much beyond ballooning over from close but he had stolen into space to receive Eduardo Camavinga’s super ball and direct it goalwards where Rodrygo fetched up before Ruben Dias did. In six minutes of added time, Real needed one more to stay alive. They did it when the television clock showed 90:50; Rodrygo heading Dani Carvajal’s delivery, Marco Asensio’s slight touch ensuring that the ball would elude Rodrigo’s attempt to clear his lines.

On yet another night of the super-sub, Rodrygo could have got a hat-trick in added time but for Ederson’s strong left hand. It was his late goal against Chelsea that had kept Real in this competition. And it was his brace on Saturday that helped them seal La Liga. Introduced for Toni Kroos as Real searched for a goal, he got two.

By then, like in the 1998-99 final when Manchester United looked beaten till Teddy Sheringham’s goal or in the 2018-19 semi-final that Ajax were comfortably winning until Lucas Moura’s goals, there was a sense of inevitability to the outcome. After PSG and Chelsea, City would lose despite dominating. So, despite Dias getting to the ball before Benzema, there was no doubt that it was a penalty. His Panenka had given Real a lifeline in Manchester; his placement was taking them to Paris in search of a 14th Champions League title. “Psychologically we were better in extra time,” said Real Madrid manager Carlo Ancelotti.

It didn’t matter that City had greater possession, more than double the shots on target, thrice as many corner-kicks. “What happened tonight also happened against Chelsea, but it’s really difficult to say why,” said Ancelotti. “It’s the big history of this club, which helps us to keep going when things are gone.”

After losing to Lyon in 2020, Kevin de Bruyne had said: “Different year, same stuff. We need to learn.” Thing is this time, City hadn’t done much wrong. Pep Guardiola did not overthink and not play a holding midfielder as he did in the final last year; he didn’t play a back three like in 2020. Instead, he had got Fernandinho on to protect City’s lead.

That was produced by Riyad Mahrez with a left-foot cannonball. Then, Jack Grealish, who came on for Gabriel Jesus, nearly scored twice. The first time, Ferland Mendy got a leg to clear the ball off the goalline which then could have grazed Phil Foden and gone in but didn’t. The next time Grealish had made the most of Carvajal bombing up, Courtois’s left foot deflected the shot for a corner. After Rodrygo’s goals, Foden blasted over following a quick Fernandinho free-kick. “We were close. We were close,” said Guardiola.

By the 18th minute, Real had three half-chances but though Benzema and Vinicus Jr, reined in by Kyle Walker, missed, they didn’t panic. They didn’t press either trying instead to find space behind City’s high line like Luka Modric did. Casemiro’s return meant Modric could move up and Kroos find players with elegant passes. With one at the start of the second half, Kroos put Carvajal in the clear. Carvajal squared but Vinicius Jr couldn’t get a connection.

Even after Mahrez struck, Real didn’t look very harassed. Had they rushed at City, Real could have been hurt on the break. But gradually Ancelotti brought on attacking players (Asensio, Camavinga) and without losing defensive shape, Real pushed up. This team knows how to pick its moments.

After defeats to Monaco, Liverpool, Tottenham, Lyon and Chelsea in the Champions League over the seasons, this could be tough for City. The 2005 Champions League final, Andrea Pirlo has said, “simply suffocated me.” In his biography ‘I Think Therefore I Play’, Pirlo wrote: “When the torture of a game (AC Milan had blown a three-goal lead to lose to Liverpool) finished, we sat like a bunch of half-wits in the dressing room…. The damage…only got stark and serious as the hours went on. Insomnia, rage, depression, a sense of nothingness.”

There is still a Premier League title to be defended. City did it in 2019 after losing to Spurs. They need to do it one more time. “Football is unpredictable, and sometimes you have to accept it. Now we need time to process it, come back home, and we have four games left,” Guardiola has said of the Premier League leaders.

Denial of responsibility! NewsUpdate is an automatic aggregator around the global media. All the content are available free on Internet. We have just arranged it in one platform for educational purpose only. In each content, the hyperlink to the primary source is specified. All trademarks belong to their rightful owners, all materials to their authors. If you are the owner of the content and do not want us to publish your materials on our website, please contact us by email – [email protected]. The content will be deleted within 24 hours.
best sports newschampions leagueCityHeistmanchester citynews update sportsnewsupdatereal