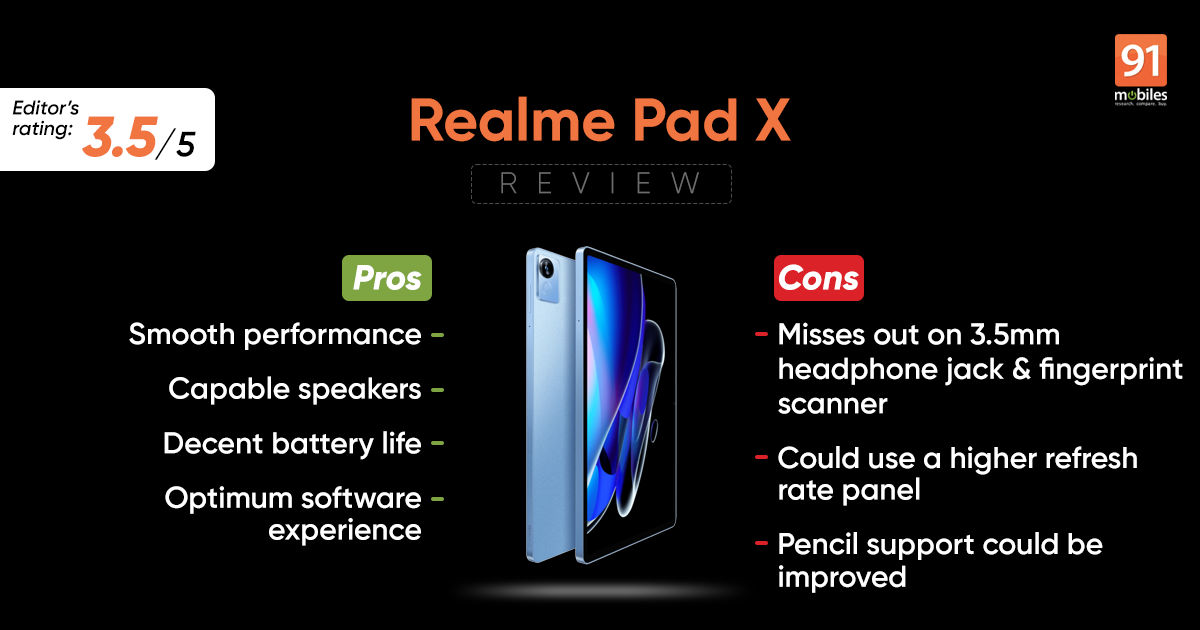 Chinese smartphone giant Realme ventured into the tablet space with the wallet-friendly Realme Pad last year. Recently, the company announced the successor to the device in the form of the Realme Pad X which retails for a starting price of Rs 19,999 in India. The 5G tablet packs in a Snapdragon 695 SoC, a 10.5-inch WUXGA+ panel, a quad-speaker setup with Dolby Atmos support, and more. Suffice it to say, the unit checks a lot of boxes and offers an enticing spec sheet. So, should you spend your hard-earned bucks on the Pad X? Or, should you opt for the Xiaomi Pad 5 (review) instead? Read on, to find out.

Much like the Realme Pad, the Pad X has also been built like a tank and the device offers a robust chassis. Despite that, the unit measures just 7.1mm and weighs well under 500 grams, thereby ensuring the device gets top marks in the portability department too. The keyboard case, however, makes the entire ensemble a bit heavy at nearly 900 grams. I was sent the Glacier Blue colour for review which looks pleasantly unique owing to the matte finish plastered on the tablet’s back. That said, the keyboard case all but covers up the unit’s aesthetics, which is a bummer. As for the I/O, the device ships with two speaker grills which are positioned on either side of the tablet’s frame. The volume rocker and the power button have been positioned adjacent to one another, with the former taking up space on the tablet’s right-hand spine, and the latter finding a spot up top, next to a speaker grille. 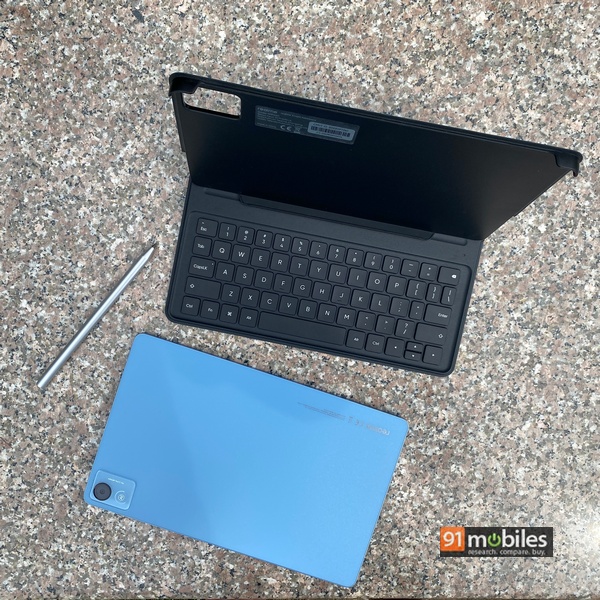 Moving on, the device’s camera unit sits flush with the chassis, thereby negating any wobble when using the device on a flat surface. Separate accessories can be purchased for the Pad X including the Realme Keyboard folio case and the Realme Pencil. The former fits perfectly with the tablet and can be connected via Bluetooth while the Pencil latches magnetically to the unit’s frame. I am quite satisfied with the tablet’s overall build quality and can easily see it standing the test of time. 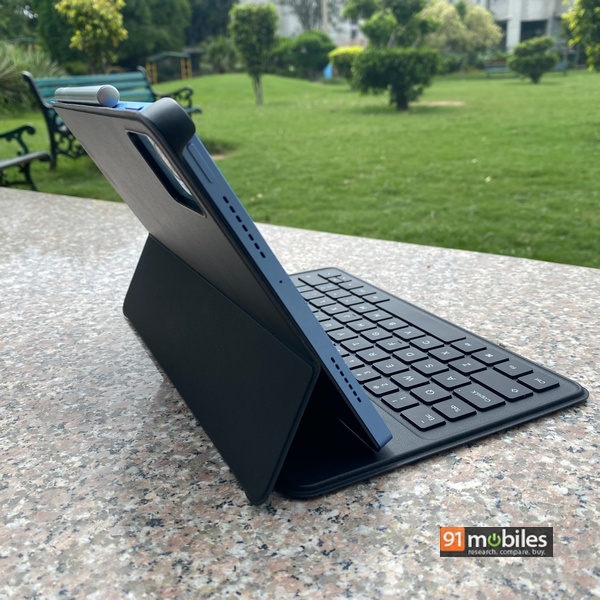 As prefaced previously, the Pad X comes with a 10.5-inch WUXGA+ panel that offers a resolution of 2,000 x 1,200 pixels. While the panel is reasonably sharp, the icing on the cake is that the bezels surrounding the display are quite sleek too. Pool everything together and the Pad X offers an immersive media consumption experience with oodles of screen real estate. On the flip side, the 60Hz panel doesn’t make the animations and browsing experience feel all that fluid. In fact, buyers looking to cop the 5G variant of the Pad X will have plenty to deliberate, especially since the Xiaomi Pad 5 – which retails for around the same price – offers a smoother and more pixel-dense 120Hz panel.

Moving on, the tablet’s screen offers a peak brightness of 400nits, which isn’t particularly bright for outdoor scenarios although should suffice for indoor usage. The LCD panel doesn’t have splendid viewing angles and the colours have a touch of extra saturation but for the price, I couldn’t have asked for more.  For some odd reason, Netflix is not compatible with the current version of Realme UI 3.0 on the Pad X. However, you can relay HD streams from Amazon Prime on the device. 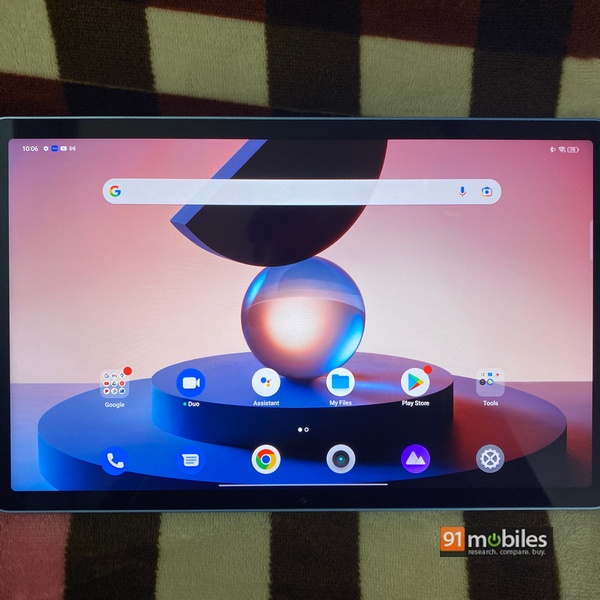 The Realme Keyboard case is designed to snuggly fit the Pad X and it takes a special effort to pry it away from the body. Once installed, the case allows you to keep the display propped up at a fixed angle. The keyboard itself has to be connected via Bluetooth which is enabled through a small toggle at the bottom of the case. And, should the accessory run out of juice, you can use the unit’s Type-C connector to charge it swiftly. The typing experience is quite pleasant too, with the keys boasting ample travel (1.3mm), as well as offering tactile and responsive feedback.

I should add that the keyboard doesn’t come with backlit LEDs and therefore, it is quite tricky to type accurately in dimly-lit environments. Apart from that, the Fn key works in conjecture with several other keys to perform various functions, including volume control, brightness adjustments, screen capture, navigation, and more. 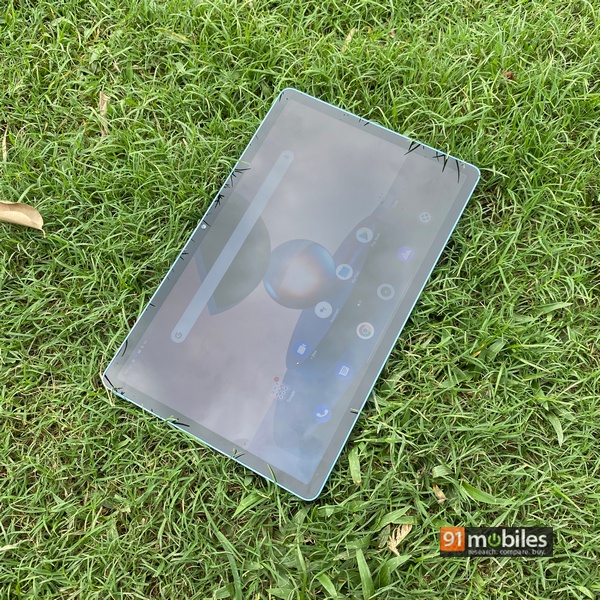 As for the Realme Pencil, the stylus touts a variety of features and supports 4,096 levels of pressure sensitivity, 240Hz touch sampling, and more. While the overall construction of the Pencil is nice, using it is not a very joyful experience. In fact, during my review period, I tried my hand at doodling on the Pad X but much to my dismay, the  Pencil did not reciprocate my swipes in a responsive fashion. There was always a slight delay in the input which didn’t inspire any confidence to venture into creative tasks with the machine.

On the upside, the tablet will not leave you wanting for more in the performance department. To wit, the device is backed by Qualcomm’s mid-tier Snapdragon 695 SoC which we’ve already seen on a handful of affordable Android phones. It’s important to note that the base variant only gets 4GB of LPDDR4X RAM. However, you can spec up the machine with up to 6GB of memory if you opt for the 5G model sent to me for review. Understandably, you will have to pay a premium for the unit and your cost will shoot up to Rs 27,999 for the model.

Be that as it may, the tablet is more than adept at tackling a user’s daily workload. I was mostly watching videos and movies on YouTube and Amazon Prime for the duration of my review cycle, while also browsing the web / Reddit on the machine. Unsurprisingly, the tablet performed the aforementioned tasks without breaking a sweat. If anything, the auto-rotate feature was a tad slow to flip the screen’s orientation. To give you a better picture, I did run some benchmarks on the unit, which have been attached below. As can be seen from the synthetic tests, the tablet offers a capable chipset that can even perform admirably under a sustained load. 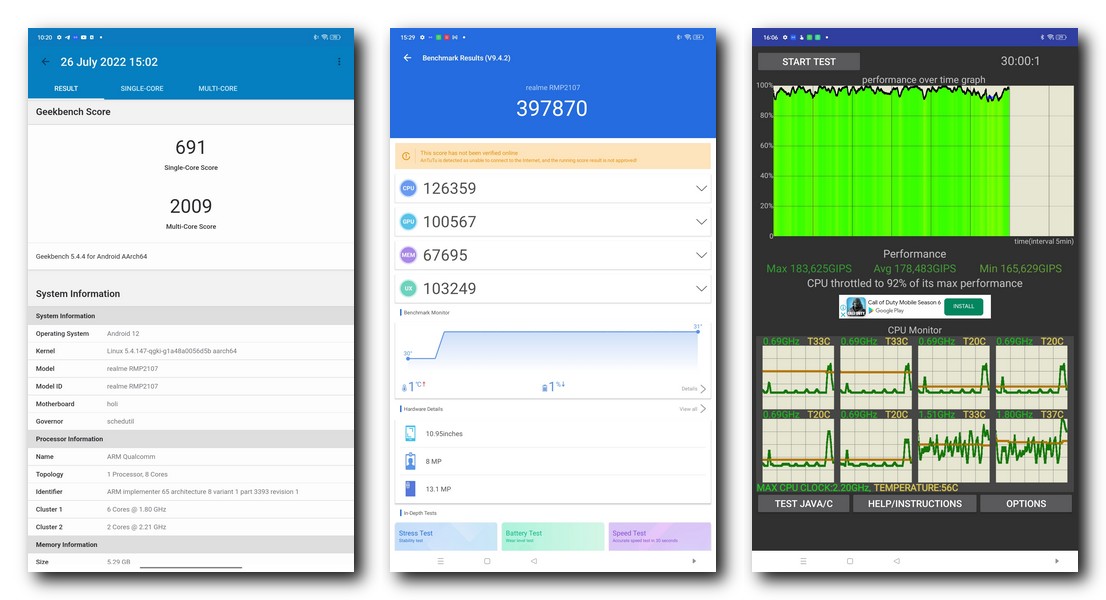 The Realme Pad X ships with a 13MP camera on the back, which clicks passable photos at best. The front 8MP camera, however, has a very neat feature called Limelight which is supported on Google Meet, Zoom, and Google Duo. The utility works akin to Apple’s Centre Stage feature and automatically tracks the user’s face and crops them in and out as they move around the frame. The functionality works well with even five people in the frame. Unfortunately, the Pad X doesn’t ship with a headphone jack. That said, the device ships with a quad-speaker setup that are compliant with Dolby Atmos as well. To no one’s surprise, the speakers sound terrific and pave the way for an enjoyable movie-watching experience. 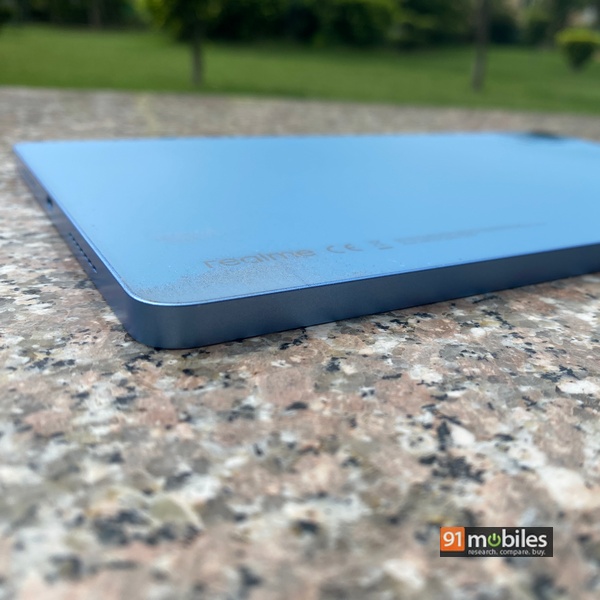 Software-wise, the device ships with Realme UI 3.0 which, per the brand, has been tweaked to gel well with the tablet. There are several features borrowed from the smartphone interface like Split screen, Smart Sidebar, Flexible Windows, and Text Scanner, all of which look better on the tablet’s bigger screen. You can also use the Pad X as a mirroring device with other compatible Realme phones. Not to mention, Realme has done a good job integrating its ecosystem of products in the Realme Link app and the Pad X can be used to leverage this service effectively.

In terms of battery life, the Realme Pad X features an 8,340mAh battery which nets the unit a generous battery backup. In fact, I haven’t had to charge the tablet in two days and after nearly 7 hours of screen-on time, I still have around 20 percent left in the tank. You also get a 33W charger inside the box which takes about 3 hours to completely juice up the tablet. 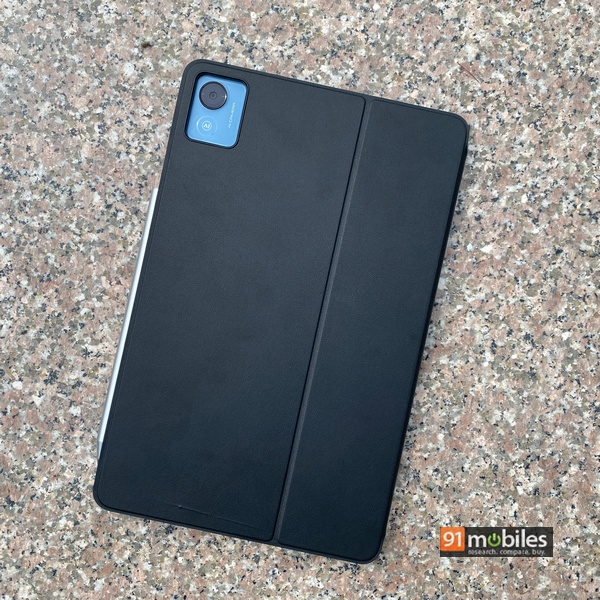 The Realme Pad X has a lot going for it and the unit’s starting price of just Rs 18,999 will undoubtedly attract a lot of buyers. That said, the top-end variant costs a whopping Rs 27,999 and competes with the recently launched Xiaomi Pad 5 (review), which, by the way, offers a smoother 120Hz panel and a faster SoC too. Consequently, buyers looking to get the most performance out of their next Android tablet will be better off with Xiaomi’s offering. On the flip side, if you need a machine that can make the most of the upcoming 5G infrastructure, then the Pad X is a decent option as well.

Denial of responsibility! NewsUpdate is an automatic aggregator around the global media. All the content are available free on Internet. We have just arranged it in one platform for educational purpose only. In each content, the hyperlink to the primary source is specified. All trademarks belong to their rightful owners, all materials to their authors. If you are the owner of the content and do not want us to publish your materials on our website, please contact us by email – [email protected]. The content will be deleted within 24 hours.
AllEncompassingbest technology newsbudgetnews update technewsupdatepadRealmerealme pad x