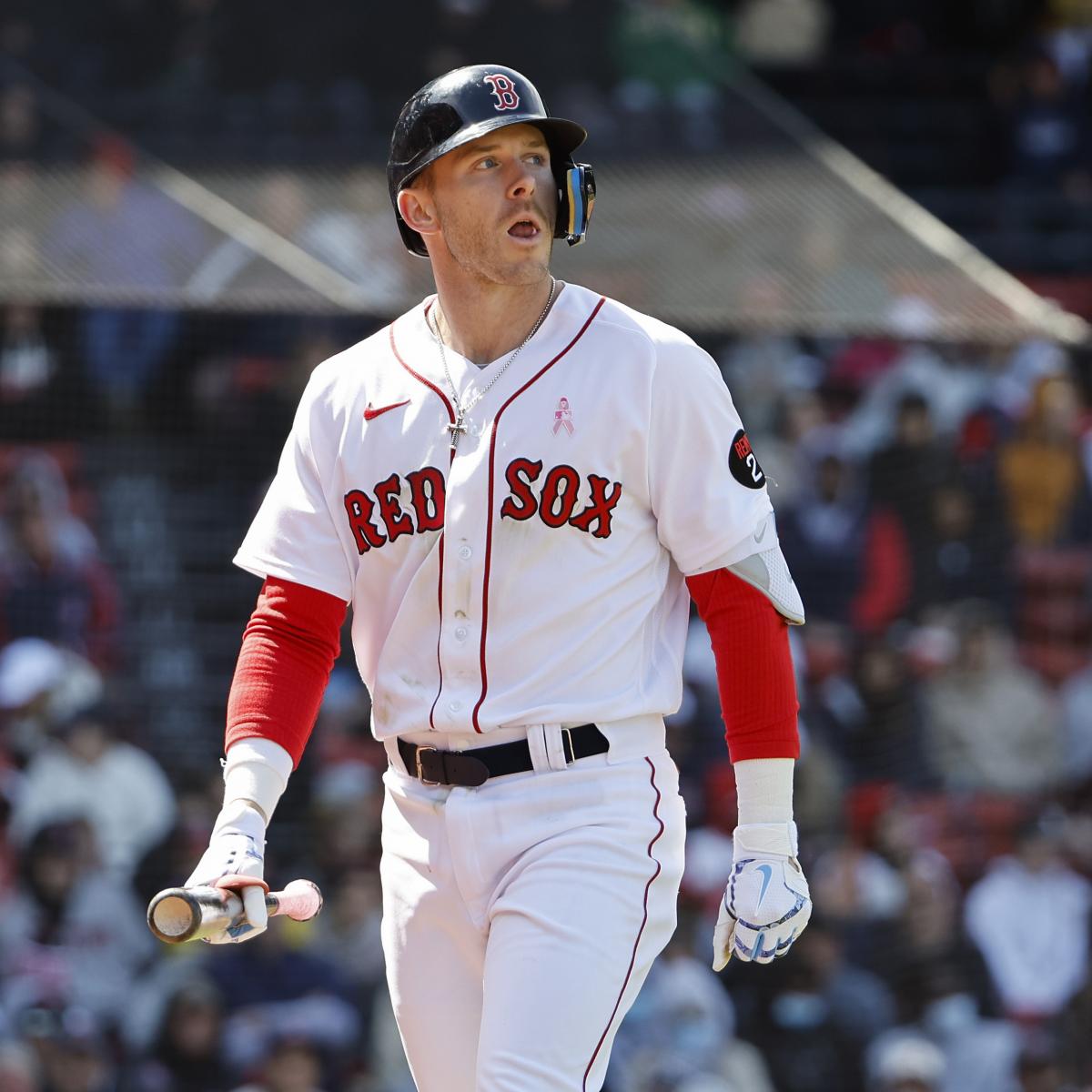 Fresh off a 92-win season and a trip to the ALCS, the Boston Red Sox entered the 2022 season expecting to once again be in the thick of things in a tight AL East race.

Instead, they have suffered through an early slide to the AL East cellar, and with six straight series losses heading into the week, there was little reason for optimism.

Several underperforming hitters and arguably the worst bullpen in baseball have been largely to blame, but it hasn’t been all bad, as the front office did a nice job finding some diamonds in the rough during the offseason.

With a month of the season now in the books, let’s take a closer look at some of the biggest takeaways for the Red Sox so far.

“I really don’t know how it’s possible with this lineup that we’re playing like this,” shortstop Xander Bogaerts told reporters. “Every day, we [show up and] feel better than the day prior. Then when we leave the ballpark, it’s like . . . this is not fun.”

Newcomer Trevor Story is hitting .204 and still searching for his first home run in a Red Sox uniform, while the outfield trio of Alex Verdugo, Enrique Hernandez and Jackie Bradley Jr. all have an OPS+ below 70. First baseman Bobby Dalbec finished the 2021 season on a high note, but his 33 OPS+ and 30.8 percent strikeout rate has him poised for a demotion.

Every team has players off to slow starts, but the scale to which the Red Sox lineup is struggling goes above and beyond the norm.

The Red Sox went bargain hunting for pitching help, and that approach has paid major dividends.

Those four pitchers are earning a combined $18.5 million in 2022, which is not far off of the $16 million the team is paying David Price to pitch for the Los Angeles Dodgers this season.

One of the big questions entering the season was whether the front office did enough to address the pitching staff, and while not much has gone right, it’s through no fault of the outside additions that were made during the offseason.

The Red Sox bullpen has blown a staggering nine saves in 15 chances, and that inability to close things out has led to a 3-7 record in one-run games and an 0-6 record in extra innings.

That’s a trend that simply can’t continue if they hope to right the ship.

With Garrett Whitlock shifted to the starting rotation for the time being, the team has relied on a combination of Matt Barnes, Hansel Robles and Jake Diekman to handle ninth-inning duties, and the team’s six saves on the year have come from six different pitchers.

At a certain point, Whitlock might be more valuable to the team in the ninth inning than he is filling a spot in the starting rotation. Otherwise, someone will need to emerge as a reliable option among that collection of veteran arms.

Denial of responsibility! NewsUpdate is an automatic aggregator around the global media. All the content are available free on Internet. We have just arranged it in one platform for educational purpose only. In each content, the hyperlink to the primary source is specified. All trademarks belong to their rightful owners, all materials to their authors. If you are the owner of the content and do not want us to publish your materials on our website, please contact us by email – [email protected]. The content will be deleted within 24 hours.
1stbest sports newsearlymonthnews update sportsnewsupdateRedSeason