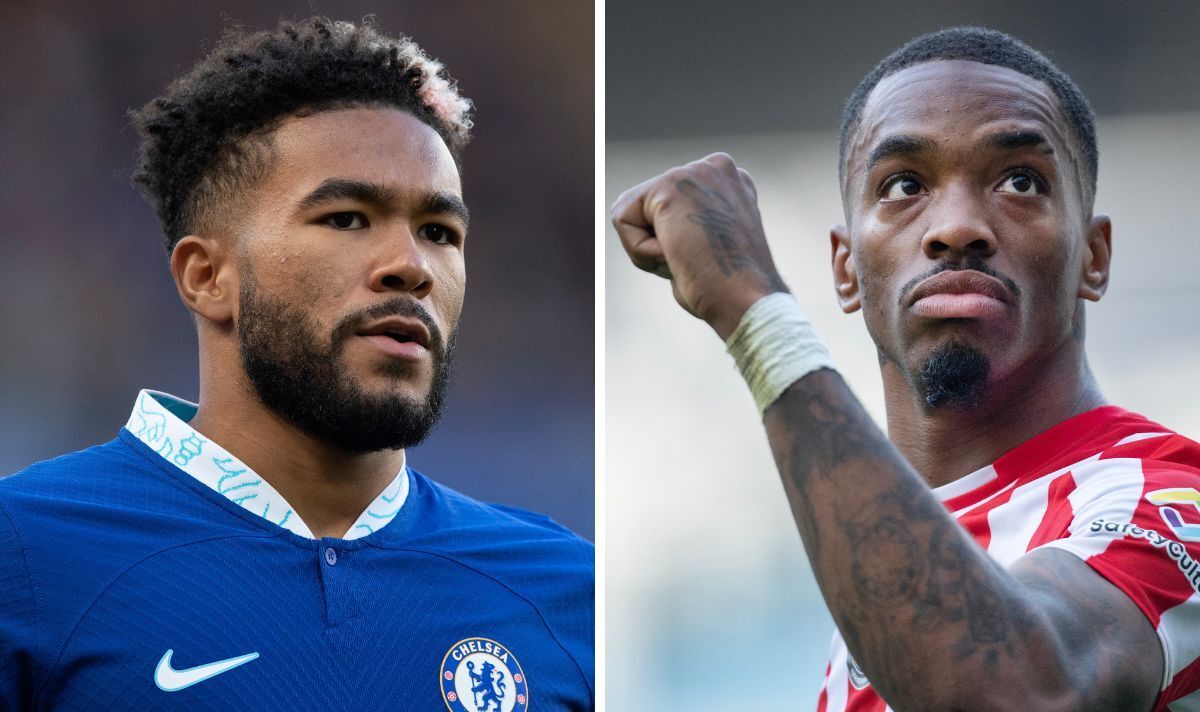 Chelsea defender Reece James left a telling comment on an Instagram post by Ivan Toney after the Brentford striker fired home an injury-time winner to down Manchester City on Saturday afternoon. Toney, who was left out of England’s 26-man squad for the World Cup by Gareth Southgate earlier this week, was on target for the Bees as they registered a famous win at the Etihad Stadium against the defending Premier League champions.

Toney put Brentford a goal up inside 20 minutes when he slammed home a headed effort from close range, although the west Londoners were pegged back shortly before the half-time whistle by a fine finish from City midfielder Phil Foden. The former ultimately had the last laugh, though, as he finished off a sweeping counter-attack in the dying seconds of the match to snatch all three points for Brentford and deal a major blow to City’s hopes of battling Arsenal for this season’s Premier League title.

He took to Instagram after the match to share a photo of himself with his fingers in his ears, seemingly as a nod to his World Cup exclusion that saw Newcastle forward Callum Wilson drafted in for the Three Lions in his place. James went on to make his feelings clear about the situation with an interesting comment on Toney’s post, which read: “If I speak I’m in big trouble.”

The Chelsea right-back was also omitted from the England squad as he continues to recover from a knee injury, although he is slowly edging closer to a return to fitness and will feel aggrieved to have been snubbed by Southgate earlier this week. James would ordinarily be a shoo-in for the Three Lions but has missed Chelsea’s last eight matches in all competitions and was seemingly deemed too much of a risk by the England boss, who will instead be taking Trent Alexander-Arnold, Kieran Trippier, Ben White and Kyle Walker to Qatar as his chosen right-backs.

James hinted that he had been left frustrated over not making the World Cup squad by posting a lengthy statement earlier this week, which read: “Devastated, The minute I injured my knee, I knew the turn around to make the World Cup would be tight, but I always felt it was possible.

“I’ve worked harder than I ever thought I could to give myself the best chance of going and truly believe I could help the team. I appreciate there was risk on both sides but it was one I was willing to take. Good luck to the boys. I’ll be back soon. Stay safe & sending love.”

Denial of responsibility! NewsUpdate is an automatic aggregator around the global media. All the content are available free on Internet. We have just arranged it in one platform for educational purpose only. In each content, the hyperlink to the primary source is specified. All trademarks belong to their rightful owners, all materials to their authors. If you are the owner of the content and do not want us to publish your materials on our website, please contact us by email – [email protected]. The content will be deleted within 24 hours.
best sports newsbraceCommentIvánJamesnews update sportsnewsupdateposts

Column: Travis Dye might be done for season, but his impact at USC will remain strong