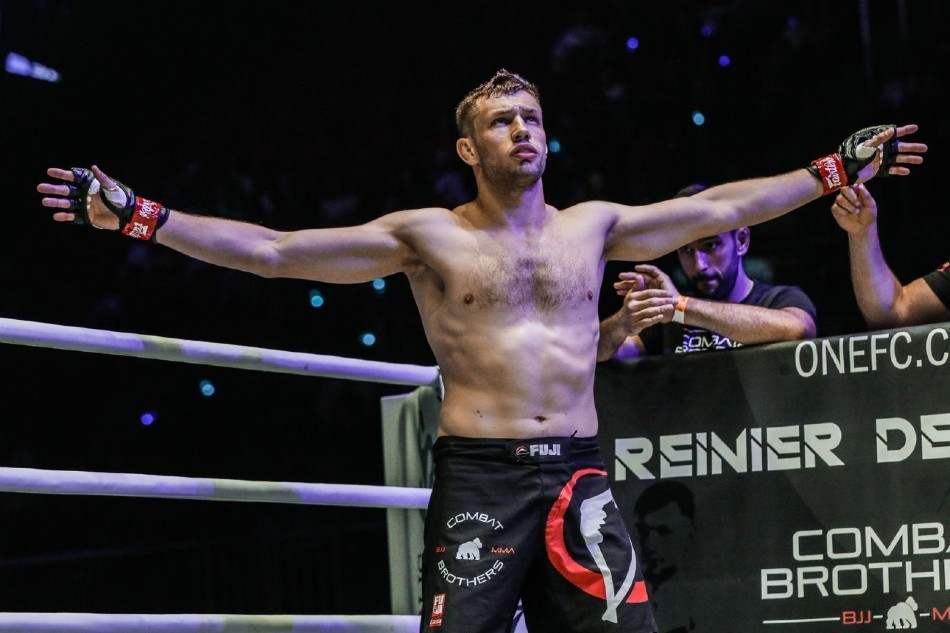 The 31-year-old Dutchman has defeated four opponents in ONE Championship since his arrival in January 2019, extending his perfect streak to 14-0. His latest pair of wins were simply remarkable.

“The Dutch Knight” De Ridder became the first athlete to hand Aung La “The Burmese Python” N Sang back-to-back defeats, and the manner in which he earned those victories sent a stern message to the other athletes vying for a chance to sit atop the middleweight and light heavyweight divisions.

However, De Ridder felt that he could wipe out those entire divisions at any time, so he switched his focus to India’s first-ever Mixed Martial Arts World Champion “Singh” in June of this year.

Both warriors engaged in a war of words. The Dutchman confidently stated that he can finish Bhullar. The latter, meanwhile, laughed off De Ridder’s claims, offering that he has never faced anyone like “Singh.”

Things have been pretty quiet since, but in an interview with ONE Championship this week, “The Dutch Knight” said he still has his eyes firmly set on Bhullar’s gold, as opposed to moving down to welterweight to become a three-division World Champion.

“[A fight with Bhullar] would be more interesting because I’ll give up a lot of weight. He’ll probably have 20 pounds on me, maybe even more. So that might take some more time to finish him,” De Ridder said.

“I might have to put in some more work, tire him out, hit him to the body some more before I get the finish in that fight.”

There is no challenge too big for the Dutchman, so it seems, but the undefeated fighter knows that “Singh” could be the toughest opponent he has ever faced.

Bhullar’s grappling prowess, coupled with his determination to become his country’s first-ever MMA World Champion, has made him unstoppable on the global stage.

Can De Ridder become the sport’s first-ever three-division World Champion, or will Bhullar have the final say and be the first man to hand “The Dutch Knight” his first career defeat?

Denial of responsibility! NewsUpdate is an automatic aggregator around the global media. All the content are available free on Internet. We have just arranged it in one platform for educational purpose only. In each content, the hyperlink to the primary source is specified. All trademarks belong to their rightful owners, all materials to their authors. If you are the owner of the content and do not want us to publish your materials on our website, please contact us by email – [email protected]. The content will be deleted within 24 hours.
Arjanbest sports newsBhullargoldheavyweightnews update sportsnewsupdateReinier