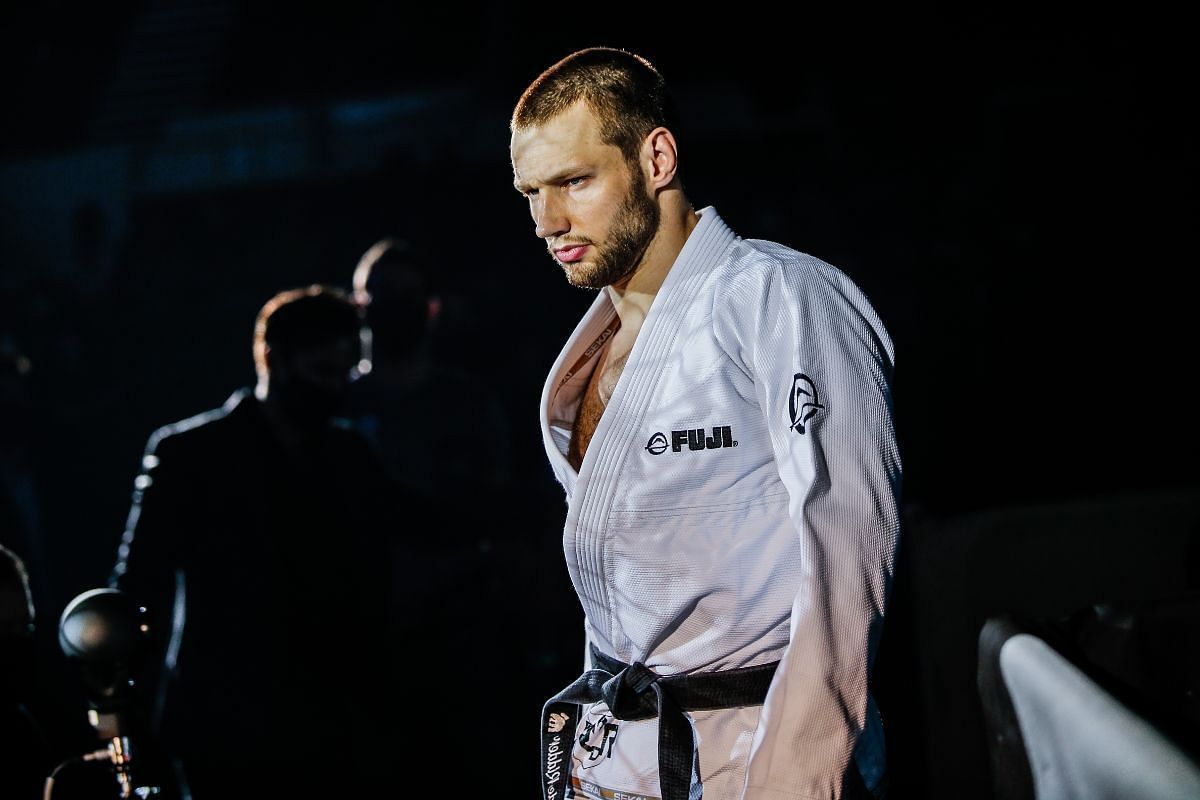 Reinier De Ridder will soon put his unbeaten professional record on the line, according to the Dutchman’s latest post on Instagram.

The ONE light heavyweight and middleweight world champion uploaded a picture of himself in Stockholm, Sweden, with the caption:

The two division ONE Championship world champion hasn’t competed since he captured light heavyweight gold in a fight against Aung La Nsang in April 2021.

Reinier De Ridder and the Myanmar fighter slugged it out for five rounds in a back-and-forth contest. After 25 minutes of action, the Dutchman was awarded the unanimous decision win, handing ‘The Burmese Python’ his first defeat in the 225lb division.

Seven months before he earned the 225lb title, Reinier De Ridder fought Nsang for the first time, but at middleweight. He left the Circle with a rear-naked choke win to take Nsang’s 205lb championship.

He has since been very vocal about fighting, calling out big stars across multiple weight classes such as Kiamrian Abbasov, Alain Ngalani, Arjan Bhullar, and Marcus Almeida.

In an interview with ONE in July last year, Reinier De Ridder said he would prefer to look at other challengers other than Aung La Nsang. He is still waiting for his first title defense on the global stage, and based on his latest Instagram post, it looks like it will soon happen.

‘The Dutch Knight’s’ grappling skills have played a major role in his career. The Dutchman owns a 14-0 resume as well as a 85% finishing rate. Eight of his wins came before the end of the first round.

Who could be Reinier De Ridder’s next opponent?

There are plenty of worthy contenders for Ridder’s throne in the middleweight and light heavyweight division. Vitaly Bigdash is one of the favorites to score a title fight next.

The former middleweight king marked his return with a guillotine choke win at ONE: Winter Warriors, which took place in December last year. The Russian star is eager to recapture the middleweight gold which he lost to ‘The Burmese Python’ in 2017.

However, Ridder has also shown an interest in moving down in weight to fight for the welterweight strap. Both he and the champion Kiamrian Abbasov have verbally agreed to face each other on social media.

If the organization can pen an offer for both these stars, fans can expect a highly entertaining matchup.

Denial of responsibility! NewsUpdate is an automatic aggregator around the global media. All the content are available free on Internet. We have just arranged it in one platform for educational purpose only. In each content, the hyperlink to the primary source is specified. All trademarks belong to their rightful owners, all materials to their authors. If you are the owner of the content and do not want us to publish your materials on our website, please contact us by email – [email protected]. The content will be deleted within 24 hours.
best sports newsFightInstagramLatestMMANewsnews update sportsnewsupdate

Ireland to play Maori All Blacks

Hashtag United: How a YouTube Streaming Channel Turned Into…