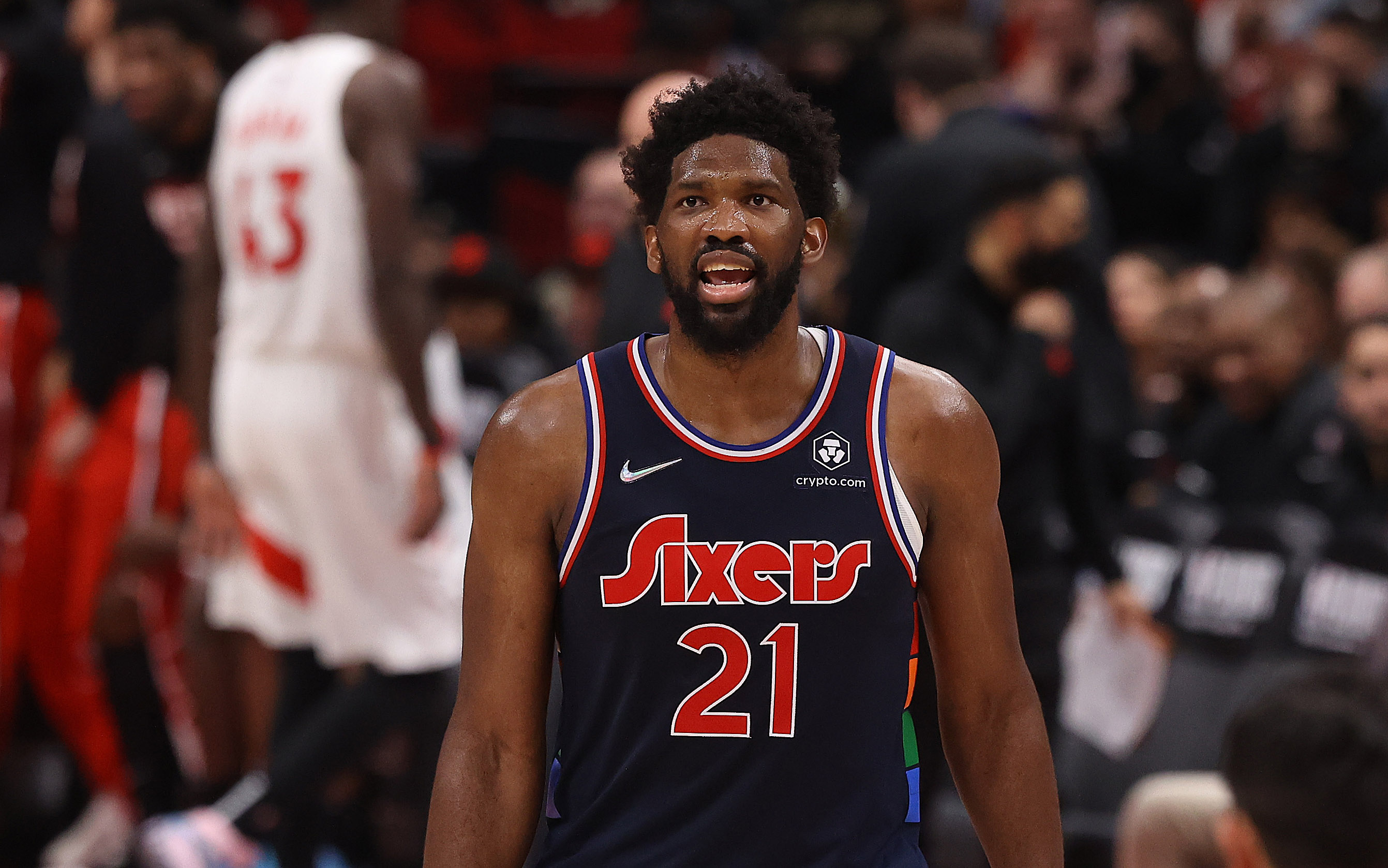 According to ESPN’s Ramona Shelburne, Embiid was still feeling the effects of the injury he suffered during Philly’s first-round playoff series against the Toronto Raptors as the Sixers dropped Game 1 of their second-round series against the Miami Heat by a 106-92 score.

Per Shelburne, Embiid will have to exit concussion protocol and get cleared to play through an orbital fracture in order to return to the court. If “everything goes as well as it possibly could,” Embiid could possibly return for Game 3 or 4, wearing a protective mask.

Embiid got beat up physically against Toronto. He suffered a torn ligament in his right thumb in Game 3 that will require offseason surgery, though he was able to keep playing through the injury.

Late in the fourth quarter of Philadelphia’s 132-97 victory in Game 6, he was inadvertently elbowed in the face by Raptors forward Pascal Siakam. It was revealed he suffered an orbital fracture and mild concussion on the play.

The Sixers officially listed the five-time All-Star as out for Game 1 of the Eastern Conference semifinals against the Miami Heat. ESPN’s Adrian Wojnarowski reported he didn’t travel with the team for Games 1 and 2, but there’s optimism he could return for either Game 3 or 4 in Philadelphia.

Philadelphia goes as Embiid goes. He scored at least 30 points and grabbed at least 10 rebounds in each of the Sixers’ final three wins in the series against Toronto.

Not having the Cameroonian available for at least one more game puts even more pressure on James Harden and Tyrese Maxey to carry the load for the Sixers.

Harden was fantastic in the decisive Game 6 against the Raptors. The former NBA MVP had 22 points (7-of-12 field goals) and 15 assists, and Maxey scored a season-high 38 points in Game 1 vs. the Raptors.

If the 76ers can get those kind of performances from Harden and Maxey consistently, Embiid’s absence won’t loom as large. If they don’t, it’s going to be difficult for this team to compete against the Heat.

Denial of responsibility! NewsUpdate is an automatic aggregator around the global media. All the content are available free on Internet. We have just arranged it in one platform for educational purpose only. In each content, the hyperlink to the primary source is specified. All trademarks belong to their rightful owners, all materials to their authors. If you are the owner of the content and do not want us to publish your materials on our website, please contact us by email – [email protected]. The content will be deleted within 24 hours.
76ersbest sports newsConcussionDealingEmbiidHeatJoellost