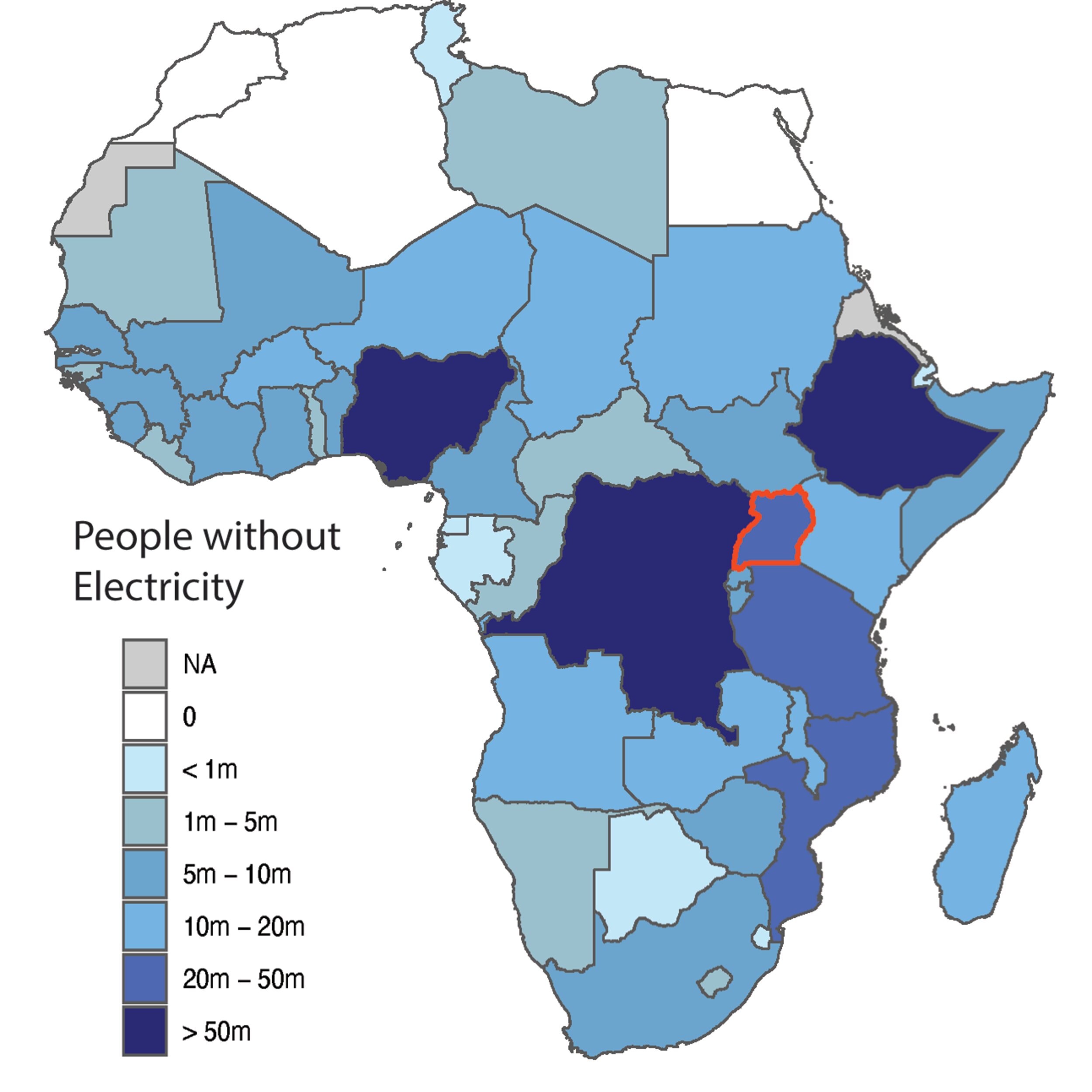 Research ushers in a ‘new frontier’ in tackling global poverty

With electricity comes prosperity, right? The answer might seem obvious—that electricity is key to economic growth and other societal benefits like better health. But in the world’s most impoverished regions, where resources to improve livelihoods are scarce, it’s not clear how much better off people are when they have access to electrical power.

Now, however, a new Stanford study published Nov. 16 in the journal Nature uncovers some of the strongest and most direct evidence yet of the extent to which electrification fuels economic growth in the developing world. The research is the first to rely on a pioneering technique recently developed at Stanford that combines satellite imagery and artificial intelligence (AI) to measure and study poverty in ways that were not previously possible.

The study—co-authored by Marshall Burke, an associate professor at the Stanford Doerr School of Sustainabilityand a senior fellow at the Stanford Institute for Economic Policy Research (SIEPR); Nathan Ratledge, a Ph.D. student in environment and resources at the Doerr School; and others—examined the economic impacts of Uganda’s expanding electricity grid.

The researchers found that communities given access to electricity experienced improvements in their economic livelihoods roughly double that of regions without power. They measure livelihood changes based on increases they identify in home construction, appliances, and other tangible assets suggestive of economic wealth.

“We provide first-of-its-kind causal evidence of how electricity access impacts economic well-being at scale across an entire country in Africa,” said Ratledge, the study’s lead author.

The study comes as the plight of the developing world took center stage at a United Nations climate change meeting last week of world leaders in Cairo. Some 600 million people in sub-Saharan Africa still don’t have access to electricity, Ratledge noted. In Uganda, one of the world’s poorest countries, the electrical grid covered 41 percent of its land mass as of 2019—up from 12 percent in 2010.

When Ratledge first looked five years ago into studying electrification in Africa, he ran into a common obstacle: He couldn’t find electrical grid maps anywhere on the continent that would allow him to analyze progress over time. “It’s hard in many low-income countries to get any reliable data, and especially repeated data over time,” he said. “In many cases, it just doesn’t exist.”

As it happens, Burke—along with David Lobell, a SIEPR senior fellow and professor of Earth system science; and Stefano Ermon, an associate professor of computer science—was working on a new tool that promised to solve this data gap and other problems development economists encounter in trying to understand how poverty changes over time.

Their technique centers around “deep learning”—in this case, a form of AI in which an algorithm was trained to detect patterns and extract information from imagery—that the scholars then apply to freely accessible satellite imagery going back over time. The researchers applied this approach to study community-level asset wealth throughout Africa, which is a common way of measuring economic well-being in developing nations. Burke and his collaborators detailed their innovation in a 2020 article in Nature Communications.

The Uganda study marks the first time the technique has been used to evaluate the impact of a particular policy—a capability the researchers had long hoped would come to fruition. In this case, Ratledge and his co-authors focus on the rapid expansion of Uganda’s electricity grid in 2011 and 2012. To study its effects over time, they combined the newly developed digitized maps of the country’s electricity grid from 2005 to 2016 with satellite-based estimates of wealth from a “deep learning” model that was trained on data covering nearly 642,000 households in 27,000 villages across sub-Saharan Africa.

The researchers find that communities given access to electricity increased their wealth at about twice the rate of those where power was not available.

“This insight would not have been possible just a few years ago,” Burke said. “And it’s because we now have this technique to give local-level measurements of key economic outcomes at a broad, spatial scale and over time.”

While the technique is still somewhat new, Burke predicts that ongoing advances in ultra-powerful, cheap computing will soon make it readily accessible to researchers studying policies and programs in any country, rich or poor, aimed at reducing poverty. Think, for example, policies affecting agriculture, health, and infrastructure development.

Denial of responsibility! NewsUpdate is an automatic aggregator around the global media. All the content are available free on Internet. We have just arranged it in one platform for educational purpose only. In each content, the hyperlink to the primary source is specified. All trademarks belong to their rightful owners, all materials to their authors. If you are the owner of the content and do not want us to publish your materials on our website, please contact us by email – [email protected]. The content will be deleted within 24 hours.
best technology newsFrontierGlobalnews update technewsupdatepovertyresearchTackling

Musk Pitches ‘Hardcore’ Twitter 2.0 To Employees, Tells Them To Commit Or Leave – SlashGear