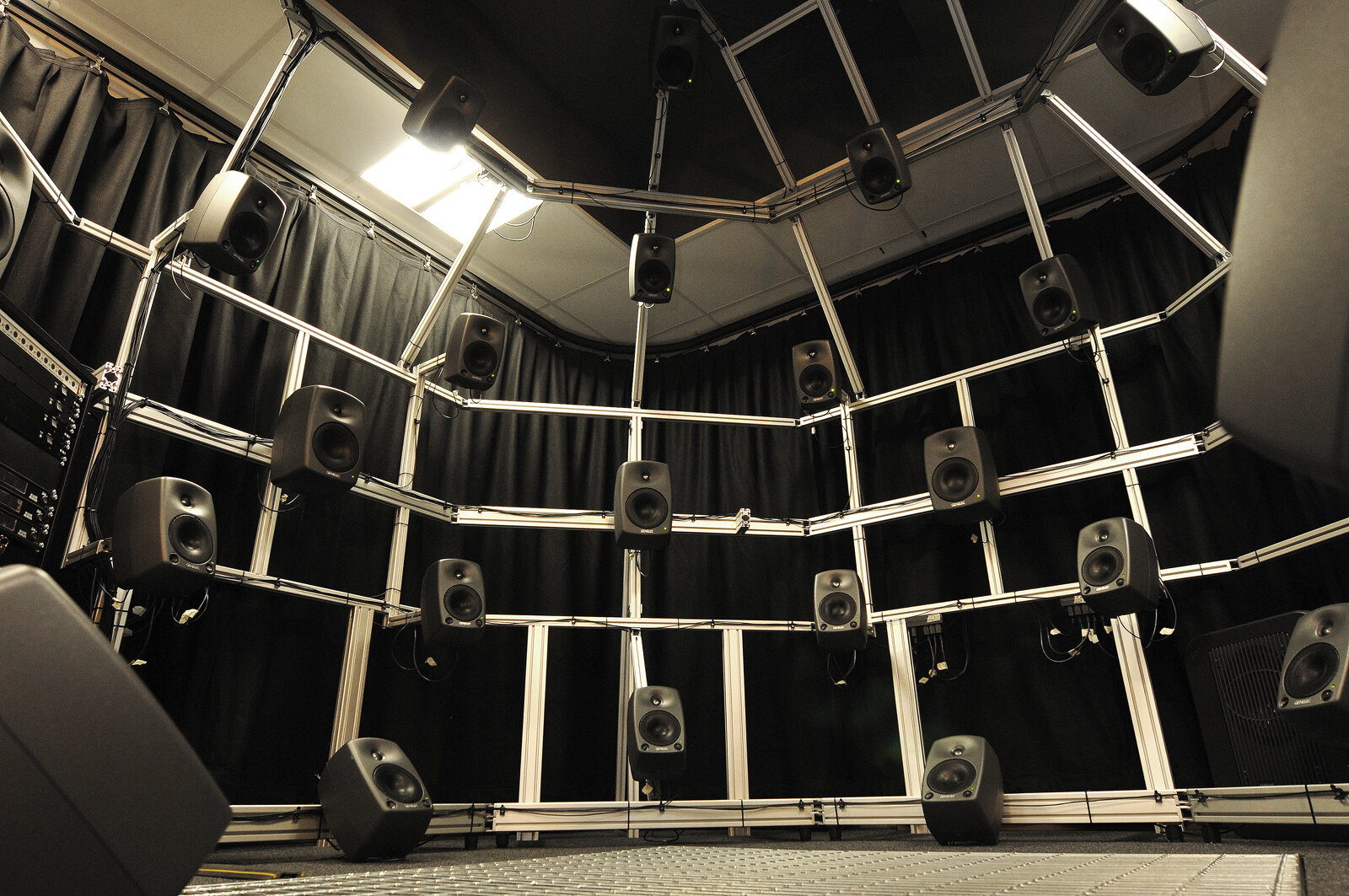 Traditional Audio Description (AD) consists of an audio track in the third person that provides information on the visual layer of a film or television program. The current use of traditional AD can sometimes overlap with other sound elements in the soundtrack, such as music and sound effects.

Under the new format, verbal descriptions are minimized and sound design is used as the main vehicle for accessibility, through a combination of additional sound effects, 3D sound, and first-person narration.

The new methods result in a more “organic” form of accessibility which will help bring about a more inclusive cinematic experience.

The University of York project, which was funded by the UK Arts and Humanities Research Council, sought to provide an alternative soundtrack that minimized the number of verbal descriptions and, as a result, avoid them masking crucial elements in the original soundtrack.

The project favored the creation of accessible experiences through sound design strategies by focusing on three main techniques.

The first method is the addition of sound effects to provide information on actions, elicit the presence of establishing shots, convey abstract scenes as well as indicate the presence of characters, time and place. The second method is the use of 3D sound over headphones to allow the conveyance of the position of characters and objects portrayed on the screen. Finally, the use of first-person narration to portray aspects of the story that cannot be conveyed through sound effects, such as feelings, gestures, colors as well as certain actions.

The effectiveness of these new techniques was explored through a case study, the short film Pearl, which was conducted in collaboration with students of the University. The film focuses on a young girl called Margaret, who has the ability to produce pearls. The cinematography works on darkness and shadows and the production design looks to generate ambiguity by blending Victorian Gothic horror elements with contemporary ones.

The film was chosen as a case study due to the research team’s initial involvement as advisors to the production as well as its unusual storyline.

The study team consulted widely and held a series of focus groups with visually impaired and sighted audiences to demonstrate the potential of these techniques to foster inclusive cinematic experiences.

Dr Mariana Lopez, Senior Lecturer in Sound Production and Post Production in the Department of Theatre, Film, Television and Interactive Media, said: “We have sought to create a new paradigm for accessibility to film and television by shifting the focus from verbal descriptions to the power of creative sound design and the importance of incorporating accessibility to the creative filmmaking workflows.

“By designing such works, sound can be a vehicle for social inclusion by making cinematic experiences shared accessible experiences.”

Provided by
University of York

Denial of responsibility! NewsUpdate is an automatic aggregator around the global media. All the content are available free on Internet. We have just arranged it in one platform for educational purpose only. In each content, the hyperlink to the primary source is specified. All trademarks belong to their rightful owners, all materials to their authors. If you are the owner of the content and do not want us to publish your materials on our website, please contact us by email – [email protected]. The content will be deleted within 24 hours.
audiencesbest technology newsdevelopenhanceexperiencefilmimpairedmethods