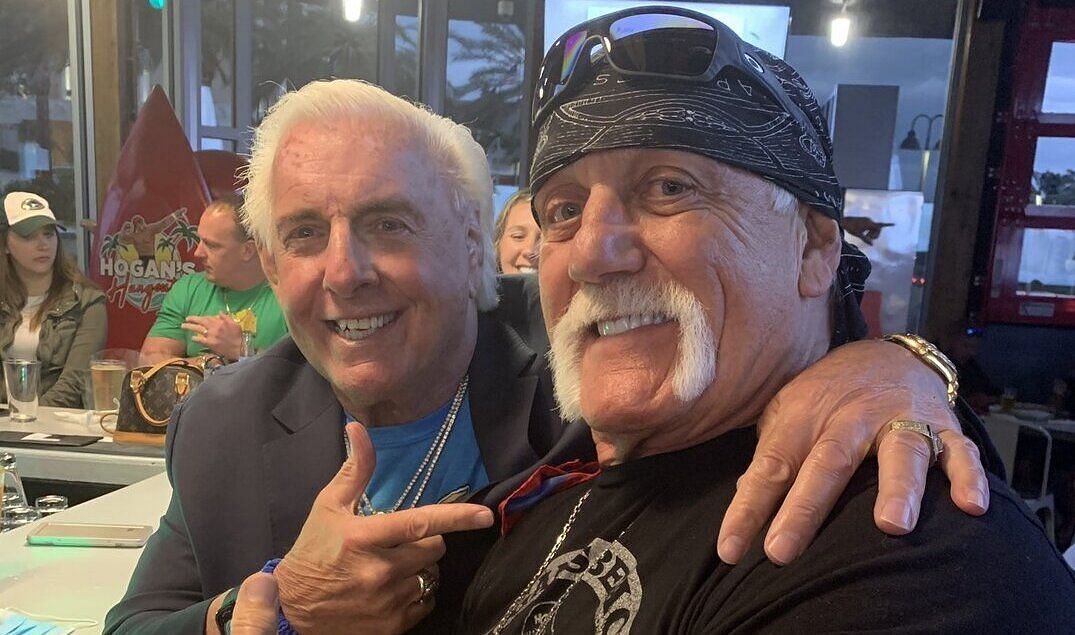 According to WWE Hall of Famer Ric Flair, ‘The Immortal’ Hulk Hogan is currently dealing with some “really bad health issues.”

The Hulkster has reportedly undergone multiple surgeries over the years. His daughter Brooke Hogan recently disclosed that the 68-year-old had been training for two hours every day. Last year, the WWE Legend underwent extensive physical therapy after he was diagnosed with an MRSA infection.

Speaking on the debut episode of his Wooooo Nation Uncensored podcast, Ric Flair shared that he and Hulk Hogan have been keeping in touch every two weeks. The Nature Boy added that Hogan’s health is not good at the moment.

“He’s having some really bad health issues but he keeps up with me,” said Ric Flair. “We support each other, good and bad. When I was in the hospital he flew up that day like everybody else that came up to see me…Hulk was gracious, Jimmy Hart was great. I don’t remember seeing them because I was in a coma but they made the effort to go. Those are the kind of things that mean a lot.” (H/T WrestlingNews.co)

Don’t know what my problem is today,maby overthinking things but I really miss my friend,love you my brother HH

Don’t know what my problem is today,maby overthinking things but I really miss my friend,love you my brother HH https://t.co/TXGJFT9Yrr

Ric Flair and Hulk Hogan are regarded by many as two of the greatest ever in the history of professional wrestling. Both men were major stars in their time and they held multiple world championships across many different promotions.

During the podcast, Ric Flair recalled Hulk Hogan sending him money to pay the medical bills for his deceased son Reid Flair.

“Also, which I’ve said publicly when my son was going through all of the issues in the hospital, I couldn’t keep up with the rehab bills or the hospital bills because every time I gave [Reid] the responsibility of paying his own insurance, something would lapse like his phone bill,” said Flair. “Sometimes you had to teach him how to be responsible. I called [Hogan] one day and I said ‘I need $14,000.’ He said ‘call this person’ and I had it in an hour. I’ve never forgotten it.”

Hulk Hogan made his last WWE appearance at WrestleMania Night One and Two as a co-host of the show alongside Titus O’Neil.

Find out why Mick Foley said ‘shame on you’ to a former WWE writer here.

Denial of responsibility! NewsUpdate is an automatic aggregator around the global media. All the content are available free on Internet. We have just arranged it in one platform for educational purpose only. In each content, the hyperlink to the primary source is specified. All trademarks belong to their rightful owners, all materials to their authors. If you are the owner of the content and do not want us to publish your materials on our website, please contact us by email – [email protected]. The content will be deleted within 24 hours.
best sports newsFlairHealthHogansHulkHulk HoganNewsnews update sports

9 options for splurging on earbuds or finding a cheap but…