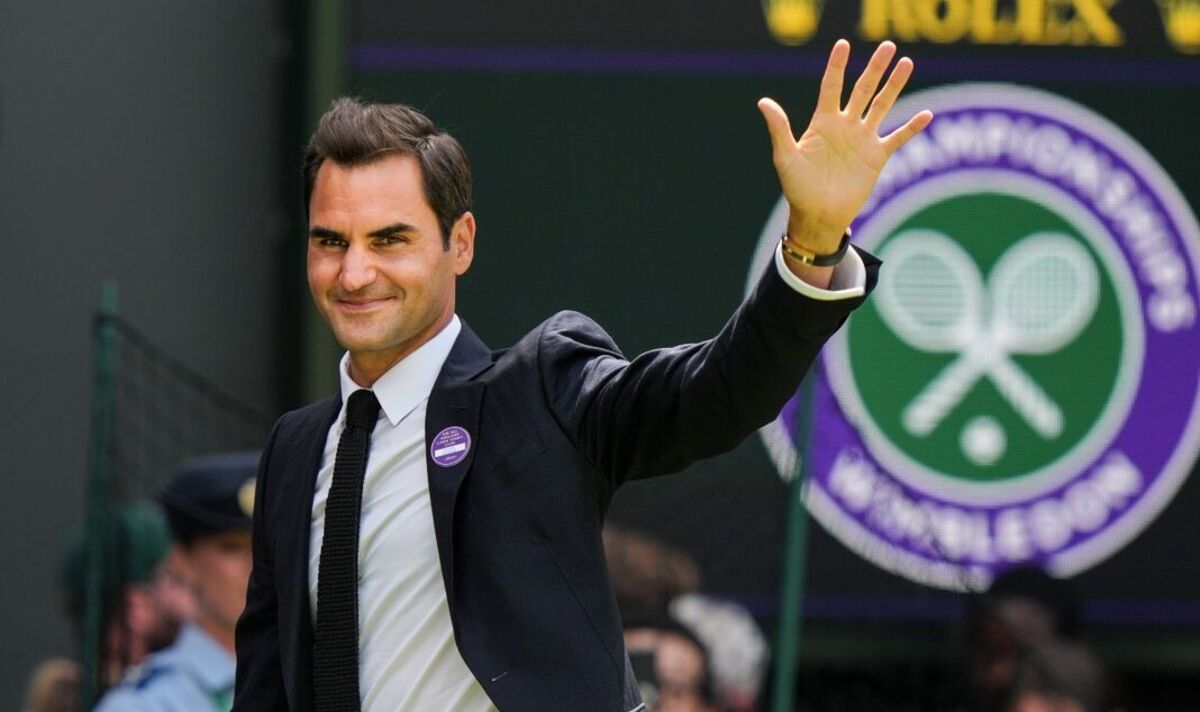 Roger Federer’s fitness coach of more than 22 years Pierre Paganini has said the eight-time Wimbledon winner was ‘emotional’ after announcing his retirement from tennis this week. The 20-time Grand Slam champion will make his final competitive tennis appearance at the Laver Cup later this week bringing down the curtain on a star-studded 24-year career.

Federer is considered by many to be the best tennis player of all time having spent most of his time in the sport at the very top. He won his first major title at Wimbledon in 2003 and followed it up with 19 more with the latest success coming at the Australian Open in 2018.

Paganini has been a part of Federer’s coaching set-up for 22 years, and played a major role in helping the 41-year-old manage repeated knee injuries that at one point looked as though they might end his career in his mid-30s. He rallied to make a hugely successful comeback in 2017 but his fitness problems have now become too much, forcing his retirement.

Now the coach has described Federer as ‘emotional’ as he details his thoughts on his client’s retirement. “It was an emotional moment. It is discussed soberly,” he told Blick. “But at the same time you can feel with every fiber that it is an incredibly emotional topic. It’s a decision that a player doesn’t make ten times in their life, but exactly once.

JUST IN: Dan Evans shares what ‘king-like’ Federer is like behind the scenes

“That’s where the emotions come in, and you can feel that there’s a human being behind the tennis player. Roger has deep emotions and he can show them. That is beautiful.”  Paganini believes Federer was right to make the difficult decision to hang up his racket given all the years he has spent pushing himself for success in the sport.

“I think it’s a smart decision,” he explained. “It’s not just about the knee. Roger has played a lot of matches in his career and put his body under extreme strain. He’s had to put in an incredible amount of effort in recent years to compete at a world-class level. Imagine how many training sessions a top athlete has done up to the age of 41! It’s a miracle to me how he’s done for the past five years.

“That’s why I think this decision is so wise. You can retire from the ATP Tour, but maybe you still want to live out your passion for tennis.

“Roger’s resignation is also a relief for me. We don’t want him to get injured again and then have physical problems in his future. In top-class sport you have to go to the limits in training – but you also have to be able to decide when it’s too much.”

Federer will see out the final stages of his career in the Laver Cup later this week. He will team up alongside his biggest rivals Rafael Nadal, Novak Djokovic and Andy Murray as the tennis legends look to get one over on Team World for Team Europe, with a victory being the most fitting way end to a glorious career.

Denial of responsibility! NewsUpdate is an automatic aggregator around the global media. All the content are available free on Internet. We have just arranged it in one platform for educational purpose only. In each content, the hyperlink to the primary source is specified. All trademarks belong to their rightful owners, all materials to their authors. If you are the owner of the content and do not want us to publish your materials on our website, please contact us by email – [email protected]. The content will be deleted within 24 hours.
best sports newschatemotionalFederernews update sportsnewsupdateprivateretirement