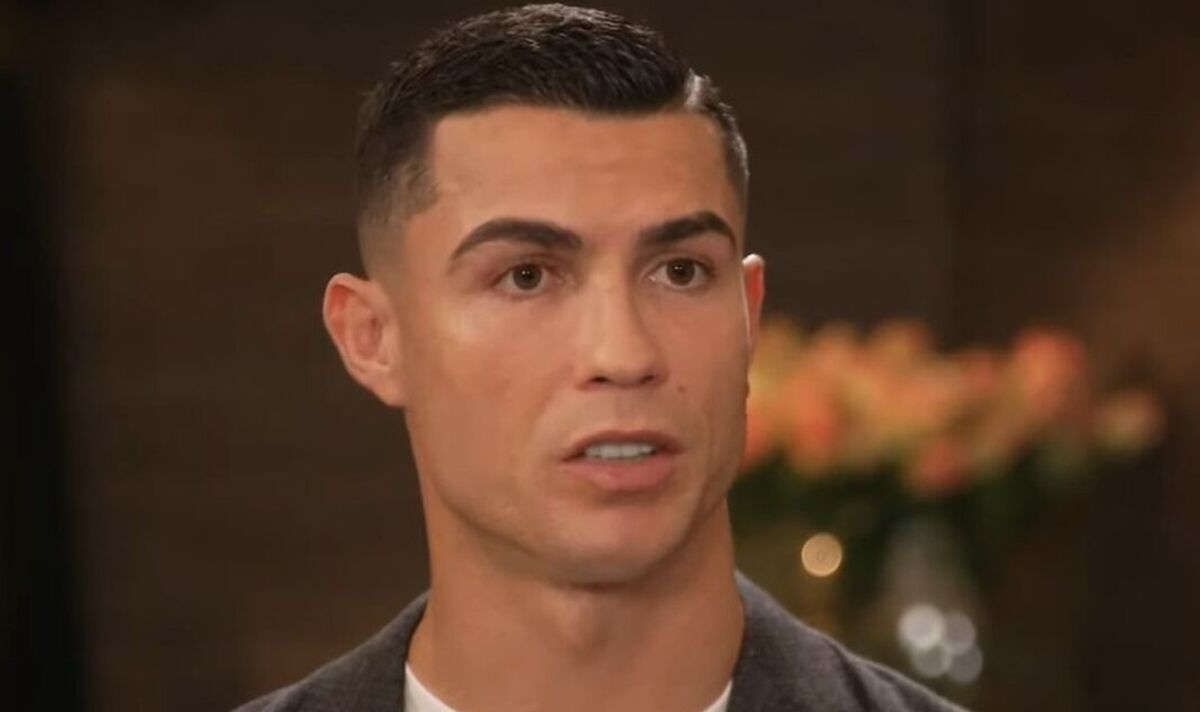 Cristiano Ronaldo has explained that his son was in disbelief after Manchester United suspended him after he refused to come on as a substitute against Tottenham. The Portugal captain was forced to sit out from first-team training for three days as Erik ten Hag punished the forward for his behaviour.

Ronaldo was suspended by United after refusing to come off the bench when asked by the Dutchman in the latter stages of the team’s 2-0 win over Tottenham. The 37-year-old felt it was a lack of ‘respect’ from the former Ajax coach to bring him on that time, especially after he had said he did not bring him on during the 6-3 defeat by Manchester City for the same reason.

It was the first time Ronaldo had ever been suspended in his career and he believed that the actions had been on purpose to make him react.

“I think it was a strategy from the club for me to react that way,” he told Piers Morgan Uncensored. “I was very, very, very, very disappointed with the communication of Manchester United. To be honest, I never had a problem with any club, or with any coach. And they suspend me for three days, which I felt it was a lot – and the level of sport, clubs, I felt a lot. It was a shame. ”

Ronaldo admitted his son, Cristiano junior, had been left in disbelief by the club’s actions, suggesting they were just punishing themselves if they did not want ‘the best player in the world’ to play.

“I remember arriving home and Cristiano saw me and say ‘Daddy do not go to the game?’ I say ‘No, because the club punish me with three days’. And he did like *laughs* ‘How they’re going to punish you if you are the best player in the world and you’re not gonna play?’ I said ‘No I’m not gonna play because I have not been behave’. And he looks at me like, ‘My Daddy not behaving, what?’

“In one way, I was good because I was like, more relaxed, but in the same way, I feel very disappointed because, okay, I regret, I apologise, I’m not perfect, I made a mistake. But suspend me for three days, for that, I think it’s too much. And then they make fire for the press, which really disappointed me.”

Ronaldo eventually apologised for his actions in the Spurs match but insisted that this was directed more at his team-mates rather than the manager, who he felt had disrespected him.

“I apologised to my teammates for the situation,” he explained. “I did a post, on Instagram, I regret to have left the stadium. I regret my teammates know what I felt, and apologised to them, but in the same way, I do not regret taking the decision to not come on.

“The coach didn’t have respect for me. So this is why the relationship, is that way. He keeps saying in the press that he wants me to come on but that it’s only for the press. 100%.”

Denial of responsibility! NewsUpdate is an automatic aggregator around the global media. All the content are available free on Internet. We have just arranged it in one platform for educational purpose only. In each content, the hyperlink to the primary source is specified. All trademarks belong to their rightful owners, all materials to their authors. If you are the owner of the content and do not want us to publish your materials on our website, please contact us by email – [email protected]. The content will be deleted within 24 hours.
best sports newsconfusedExplainsleftMannews update sportsnewsupdateRonaldo