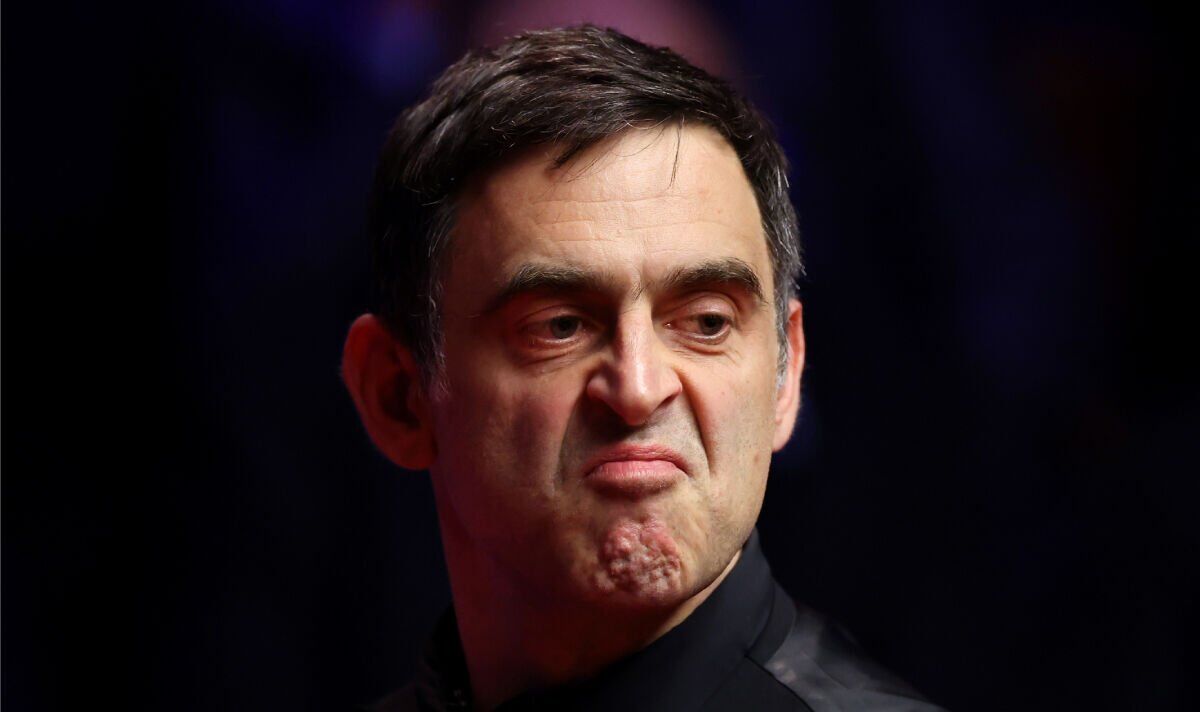 A smattering of BBC viewers publicly turned on snooker world champion Ronnie O’Sullivan during his victory over Judd Trump at the Crucible. The win earned the Essex-based star a milestone seventh world title, but a controversial altercation with referee Olivier Marteel along the way divided opinion.

O’Sullivan defeated Trump, who can boast a world title of his own, 18-13 as the blockbuster match-up concluded on Monday. The 46-year-old drew level with Stephen Hendry at the top of the all-time world titles list, and became the oldest winner in history after eclipsing Ray Reardon’s previous record.

By his very nature, O’Sullivan was certain not to take the mundane route to the £500,000 prize pot, and an incident with Marteel made sure of that. He was given a formal warning in the eighth frame for gesturing for the referee to take his shot for him.

O’Sullivan hit back, claiming that Marteel had ‘seen nothing’ before warning him ‘don’t start’, leading some BBC viewers to criticise his conduct.

“I think Ronnie O’Sullivan hammed that situation up and was actually a bit of a nuisance in the end,” said Nick Metcalfe on Twitter, “He’s trying it on a bit too much with referees for my liking.”

Hector Nunns added: “Olivier Marteel became embroiled in rows with Ronnie O’Sullivan today, and unlike the Rocket you suspect he will not be able to speak about the incidents. Let’s not forget the man outside the snooker arena, though. A Covid front-line hospital hero back in Belgium.”

Finally, Paul Dempsey vented: “Shocking comments from O’Sullivan regard Olivier Marteel. Any chance of anyone at #bbcsnooker or #eurosportsnooker calling out this behaviour? A great player but not a nice character.”

O’Sullivan was never going to let the hiccup along the way ruin his milestone victory, and he burst into tears in the aftermath of what he termed the ‘greatest’ triumph of his glittering career. Before his title was confirmed, however, he threw his opinion on Marteel into the mix and was not shy on voicing his true feelings.

“I just think he [Marteel] seems to be looking for trouble,” he told Eurosport, “I just get that vibe from the guy.

“They’ve got hundreds of cameras out there and they can go and check them all. I’m not going to have any of it because I think he’s just trying to create something. He needs to deal with it, not me.”

Denial of responsibility! NewsUpdate is an automatic aggregator around the global media. All the content are available free on Internet. We have just arranged it in one platform for educational purpose only. In each content, the hyperlink to the primary source is specified. All trademarks belong to their rightful owners, all materials to their authors. If you are the owner of the content and do not want us to publish your materials on our website, please contact us by email – [email protected]. The content will be deleted within 24 hours.
BBCbest sports newsbrandedchampionnews update sportsnewsupdateNuisanceOSullivan

apple: How these app developers took the road less travelled with support from Apple – Times of India