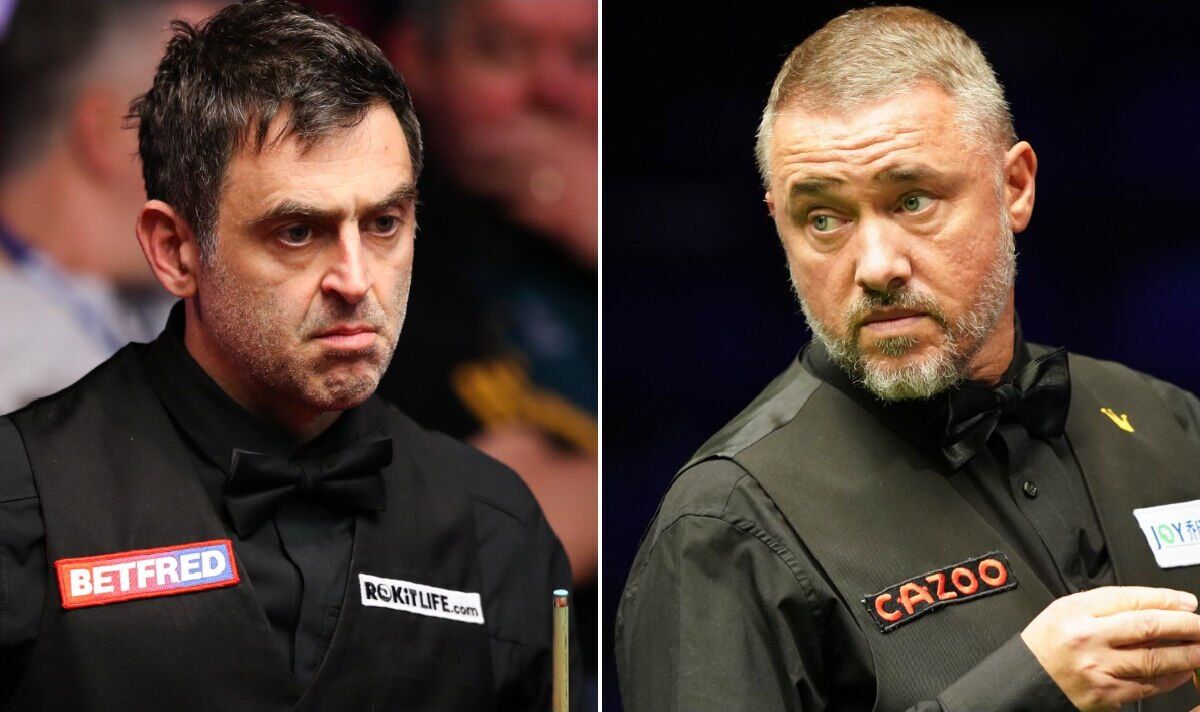 Ronnie O’Sullivan ranks above the great Stephen Hendry as the greatest snooker player of all time, in the mind of John Higgins, who says there is “no debate” on the matter. O’Sullivan defeated Higgins 17-11 on Saturday to reach his eighth World Snooker Championship final, in which he will face Judd Trump.

O’Sullivan goes looking to draw level with Hendry’s record of seven Crucible titles against Trump having only lost one of his previous seven finals, that coming against current champion Mark Selby in 2014. Aged 46, O’Sullivan is the oldest player to reach the final since Ray Reardon in 1982.

But even if he’s beaten by Trump and fails to draw level with Hendry on seven crowns, six-time world champion O’Sullivan, who also seeks a cash prize of £500,000 for winning the tournament, is the greatest ever believes his rival Higgins.

The Scot said to Eurosport of the current world No 1: “I think it would cement his place [as the best] in everybody’s eyes [if O’Sullivan beats Trump]. I think a lot of people would still hold on to Stephen having the seven World Championships and he is the greatest, but there is no debate in my eyes.”

Higgins added of the final between O’Sullivan and Trump: “Ronnie is going to have a tough match. Judd is going for his second. He’s had that unbelievable match against Mark Williams. He will be high as a kite so it should be a great occasion for snooker.”

Scottish icon Hendry meanwhile said earlier in the week that O’Sullivan has taken snooker to ‘a new level’ and insists he’d be pleased to share his record with The Rocket.

“It would be an honour for me to share seven with him, it really would because he’s taken snooker to a new level,” said Hendry, whose record has stood since 1999, after O’Sullivan’s quarter-final win over Stephen Maguire.

“That last frame this morning, you can’t play snooker better than that. He’s just supreme in all departments. He looks focused… he’s scoring when he gets in, it’s going to be very hard to beat him on that form.”

But the Essex potter said this week: “Stephen is an all-time legend for me, the greatest player. He was the Tiger Woods of snooker. Me, John (Higgins) and Mark (Williams) have all done well, but when he was flying he was a superstar. When there’s three of us, we’re not superstars. But when there’s one man dominating the sport like he did, like Tiger Woods, it’s a different level.”

Denial of responsibility! NewsUpdate is an automatic aggregator around the global media. All the content are available free on Internet. We have just arranged it in one platform for educational purpose only. In each content, the hyperlink to the primary source is specified. All trademarks belong to their rightful owners, all materials to their authors. If you are the owner of the content and do not want us to publish your materials on our website, please contact us by email – [email protected]. The content will be deleted within 24 hours.
best sports newsdebateGOATHendryHigginsJohnnamednews update sports

‘Historic’ equal pay deal for US men’s and…