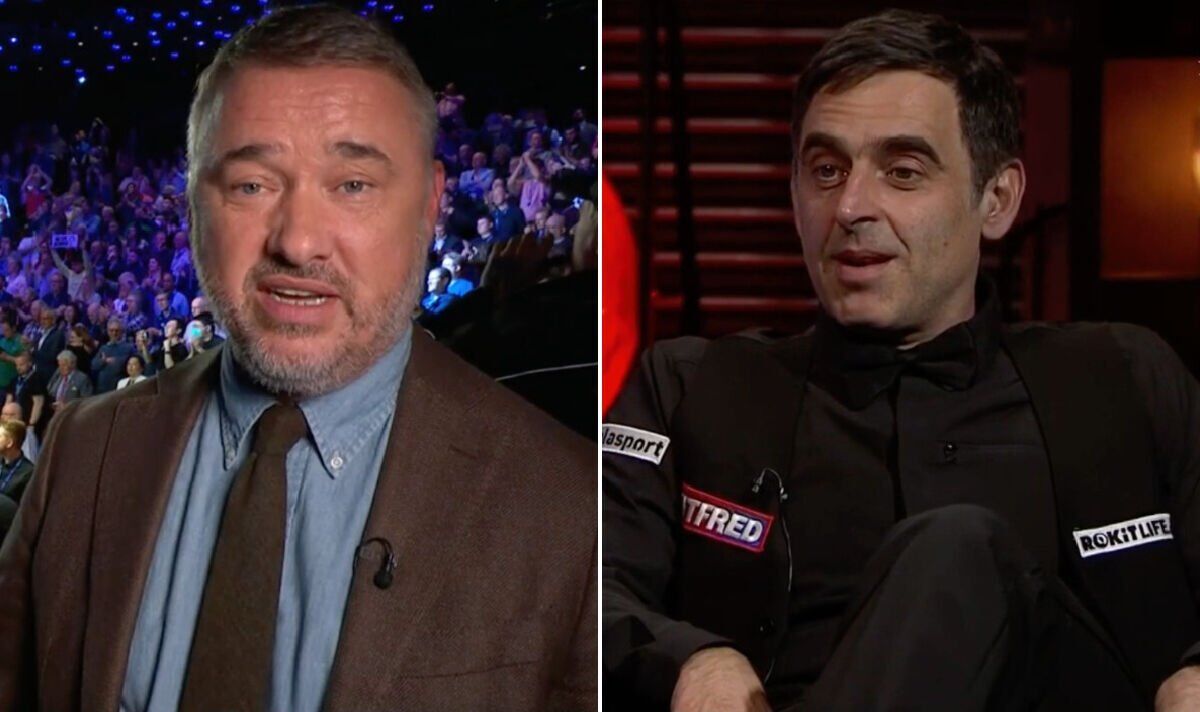 Ronnie O’Sullivan insists he’s not that moved by matching Stephen Hendry’s World Snooker Championship record on Monday night – even though he was in tears post-match. O’Sullivan’s 18-13 win over Judd Trump in Sheffield saw him equal Hendry’s modern-era record of seven world titles.

O’Sullivan is the oldest world champion ever at 46 years old and his seventh success comes 21 years after his first at the iconic Crucible. Hendry reacted by insisting that it is an “honour” to share the record with The Rocket.

“I’m actually surprised it’s taken him so long to win seven,” added the Scot, who labelled 39-time ranking title winner O’Sullivan “a winning machine” and tipped him to “want eight” next year.

Yet O’Sullivan himself was rather blasé when asked about matching Hendry, insisting: “I think it meant more to him [Hendry] than me to have seven world titles but we will share it. Hendry is an absolute legend of the game. It is just a number – I do not get too caught up in that.”

The world No 1 also told the BBC: “I’ve never bothered about records! Don’t get me wrong when you get them, it’s kinda nice. But I’ve never performed well if I’m going for stuff like that, I’ve just tried to enjoy my game, compete and enjoy being on the circuit and enjoy what I do and work hard at my game.

“I honestly don’t have targets. I’ve loved every tournament this year, I just love playing. I like to win but it’s not the be-all and end-all. I love competing with the guys and being around the guys.”

Despite that, O’Sullivan admitted he struggled to hold in his emotions in the latter stages of the tournament. He actually broke into tears upon his victory over Trump after the pair embraced for over a minute, with Trump’s words clearly affecting the seven-time world champion.

Denial of responsibility! NewsUpdate is an automatic aggregator around the global media. All the content are available free on Internet. We have just arranged it in one platform for educational purpose only. In each content, the hyperlink to the primary source is specified. All trademarks belong to their rightful owners, all materials to their authors. If you are the owner of the content and do not want us to publish your materials on our website, please contact us by email – [email protected]. The content will be deleted within 24 hours.
best sports newsCrucibleHendrysmatchingnews update sportsnewsupdateoffersOSullivan